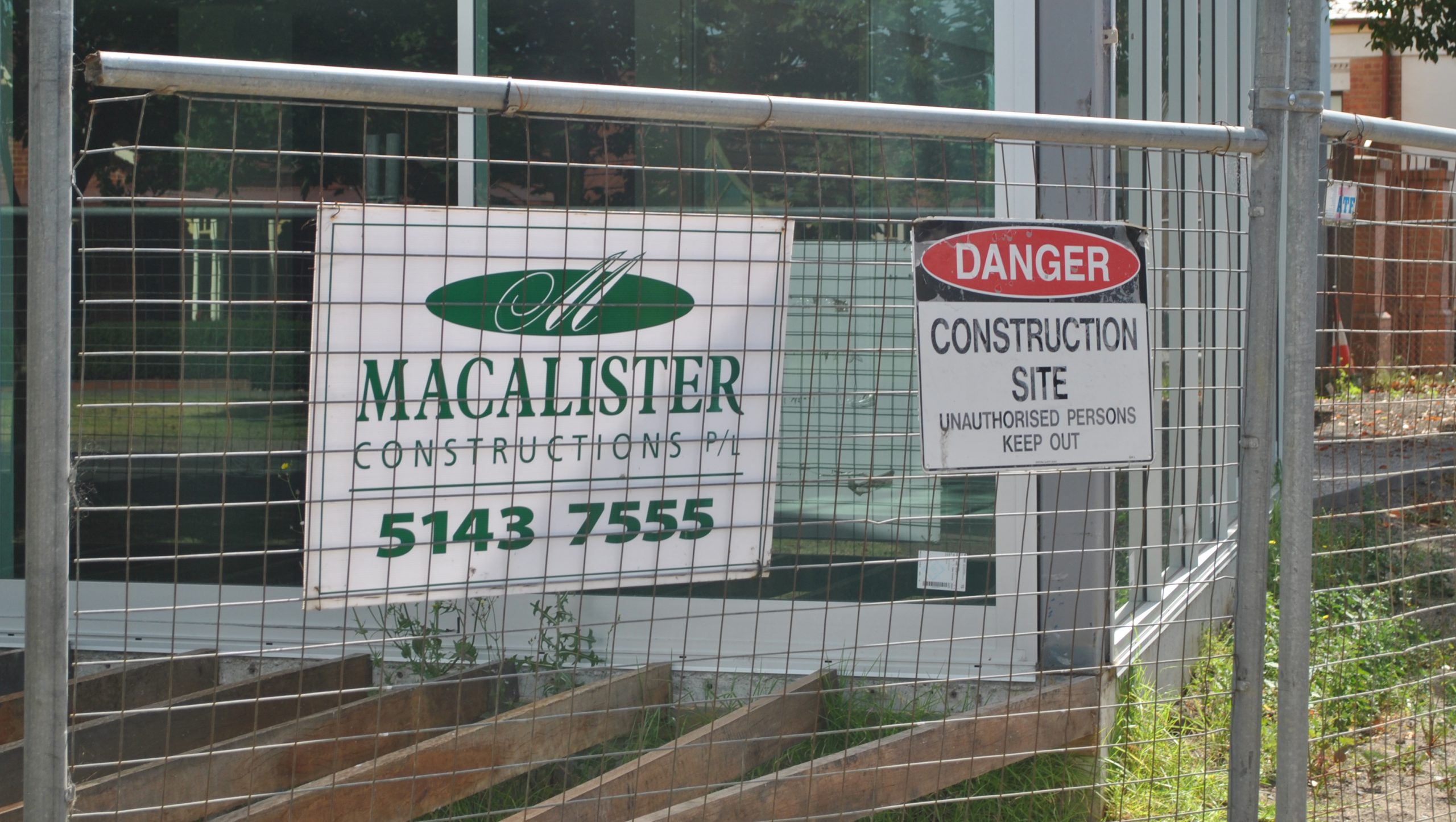 MACALISTER Constructions’ creditors will take a significant hit, with some owed hundreds of thousands of dollars.

The Gippsland Times reported on its website on Tuesday morning that the company had been placed into administration, other media quickly picking up on the development after many months of rumour and speculation in the community.

A Sale businessman, who described himself as a “mid-range creditor” has estimated his company is owed more than $100,000.

It is expected the total amount owed by the company will run into many millions of dollars.

Melbourne-based administrator SV Partners has been appointed for the Sale-based Macalister Constructions, which formerly traded as Macalister Homes, under section 436A of the Corporations Act, which relates to company insolvency.

A local businessman, who wished to remain anonymous, said it was disappointing that creditors would take the hit.

“I suppose the main thing is disappointment,” he said.

“But now that things have turned bad it’s a shame that the creditors have taken the hit and they haven’t.

“Costs have been pushed to everyone else and they will be sitting pretty, really.

“Some people got out two to three years ago, but loyal ones still kept with it and they are the ones getting burnt.

“It’s sad that people will lose their business, homes ….. through someone else making extremely bad decisions.”

While some of the larger and middle-range creditors, including Laser Plumbing in Sale, vowed to manage cash flow prudently to “overcome” the devastating set-back of being owed as much as hundreds of thousands of dollars each, other smaller traders had already been forced out of business, shedding numerous employees in the process.

Despite expressing confidence his business would “do it tough” but survive the impact of Macalister Contructions’ woes, Laser Plumbing owner Daniel Smolenaars said investment would be slow and cash flow would need to be managed well.

Mr Smolenaars described himself as a “mid-range creditor”, yet estimated he was owed more than $100,000, despite stopping work for Macalister Constructions 18 months ago.

He said he believed there were “millions and millions” owed in total.

Sale Community Business Association president Mandy Garrard said the association sincerely hoped the sub-contractors, suppliers and other tradespeople tied up in the collapse of Macalister Constructions would recoup the money they were owed through the administration process.

The first meeting of creditors will be held at the Medina Grand Hotel, Queen St, Melbourne next Wednesday, January 23, from 11am.

The purpose of the meeting will be to consider whether to appoint a committee of creditors and, if so, who are to be the committee’s members.

Macalister Constructions’ collapse comes during a difficult time for the local building industry, which included Kirway Construction being wound up last year, numerous smaller contractors being forced to close as major companies delay payment for work completed and building materials giant Boral announcing on Wednesday it would cut 700 jobs in Australia, including jobs at quarries in the Latrobe Valley because of the downturn in the construction industry.