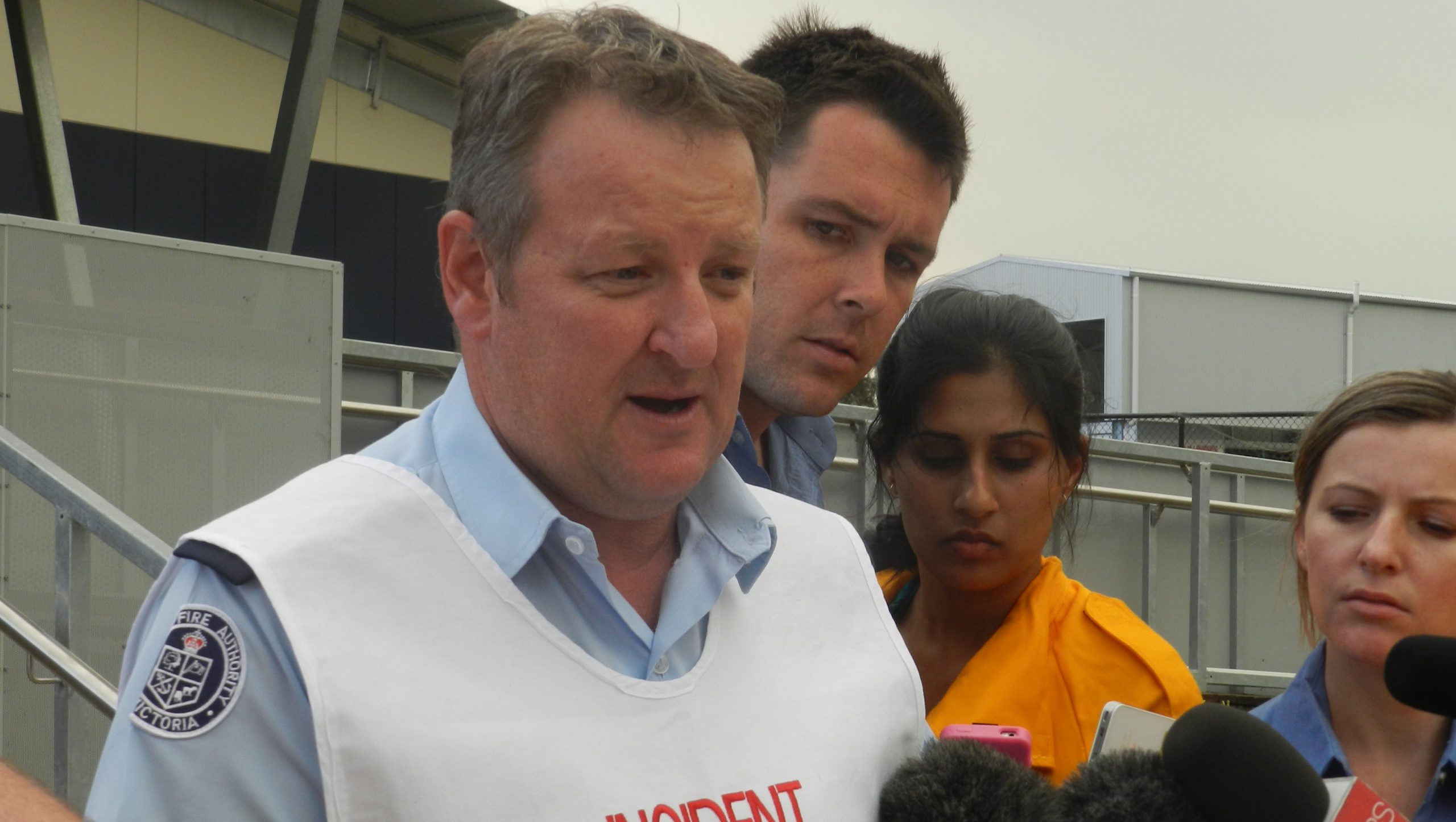 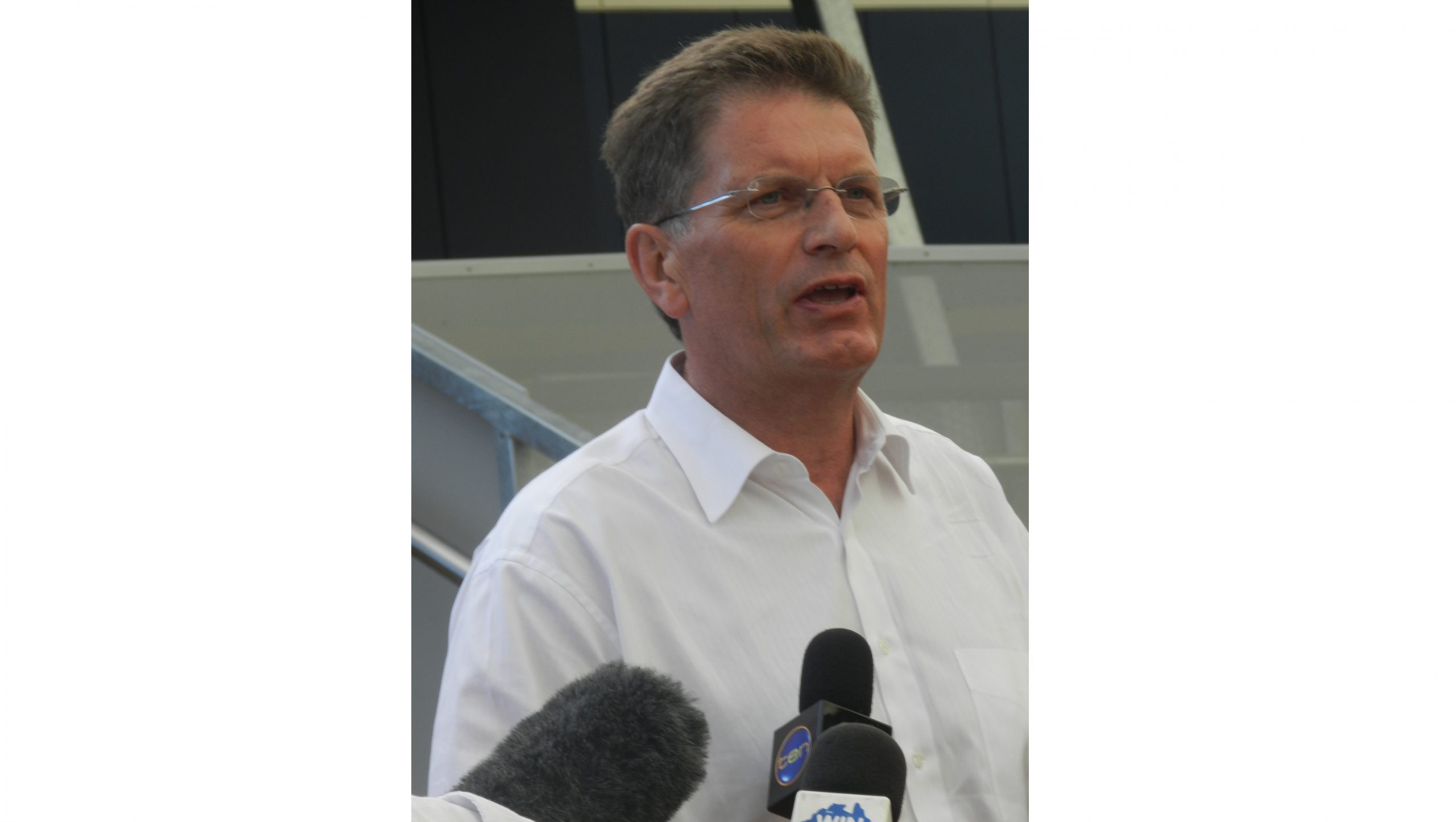 STRIKE teams and a small group of Licola residents are preparing to protect assets with the Aberfeldy-Donnelly fire expected to impact on the town.

Addressing the media at Heyfield Department of Sustainability and Environment headquarters on Friday afternoon, incoming CFA indicent controller Bill Johnstone said the fire had grown by at least 5000 hectares, with the 44,500 hectare fire expected to grow even further overnight given the difficult conditions.

While the majority of Licola residents chose to evacuate before the only remaining road out of the town was open, about 10 residents decided to stay and protect their homes.

“The people in Licola are now stuck with the road only open to emergency service vehicles,” Mr Johnstone said.

“We have issued a watch and act, so people should anticipate fire activity in the area.

“There were some holiday campers in the Macalister Valley, most of them have decided to leave but some have elected stay.”

Mr Johnstone said while there was no immediate threat to Heyfield, it would still be some time before residents could return safely to Seaton.

“Heyfield is not at risk at present but that may be the case again, if so we will issue another watch and act,” he said.

“We are still making an assessment of assets lost (at Seaton).

“There is still active fire at Seaton.

“We wouldn’t expect it to be today, there are a number of issues including timber across roads.”

Mr Johnstone said with 70 to 80kmph wind gusts contributing to fire behaviour, crews could be battling the blaze for “days, if not weeks.”

He said with the wind change “expanding the problem” and making the whole fire front active, it was “more than likely” extra resources would be called in.

“The wind has been erratic, swinging around,” he said.

“We are continuing efforts to stop the fire from entering the Alpine National Park, where there is difficult terrain.

“We are working hard to stop the fire from entering that far.

“Our aim tonight is to consolidate, we have a new incident management team and we will be formulating strategies and making sure resources are adequate.”

Visiting the DSE headquarters in Heyfield, premier Ted Baillieu paid homage to the many volunteers that had been involved both fighting the fire, and at relief centres in Sale and Traralgon.

“This is a big fire that has grown quickly, and is a fire with a long way to go,” Mr Baillieu said.

“It started at Aberfeldy and it quickly spread to 45,000 hectares in what is a very fast and large fire.

“Volunteers will be doing all they can.

“The wind change has turned the fire into one rolling sausage and forest could potentially burn for some time.”

Mr Baillieu said it was important for people to heed emergency warnings, and consider leaving as soon as possible.

“There are a number of sources of information,” he said.

“There is the (Fire Ready) app, bushfire emergency line and also radio, radio has been doing a fantastic job.”

“There are relief grants of $1200 a family for those who need it and these will be available to those who have been displaced,” he said.