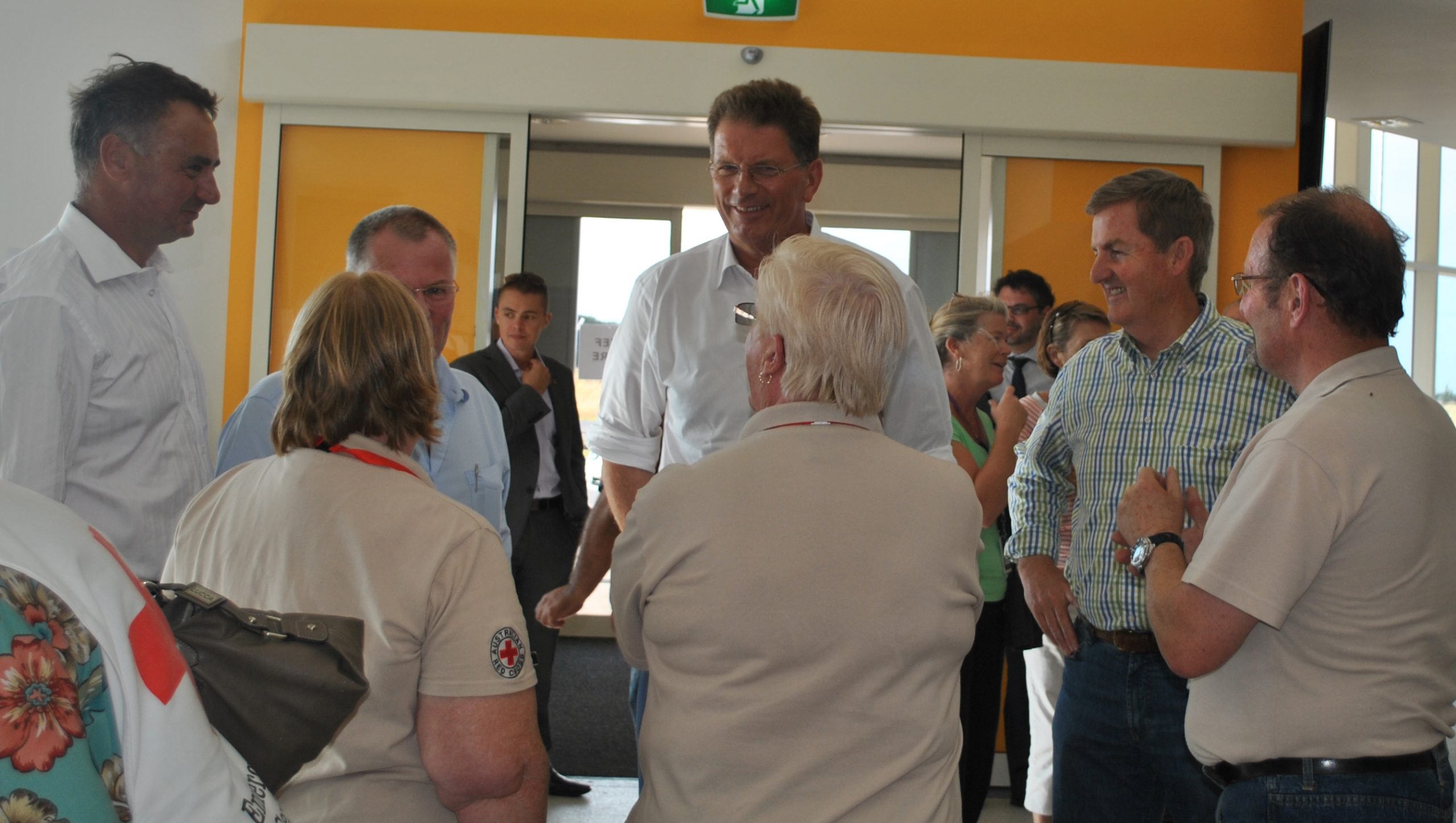 PREMIER Ted Baillieu flew in to Gippsland Friday night to meet those affected by Friday’s bushfire.

Visiting the Incident Control Centre in Heyfield, premier Ted Baillieu paid homage to the many volunteers that had been involved both fighting the fire, and at relief centres in Sale and Traralgon.

“This is a big fire that has grown quickly, and is a fire with a long way to go,” Mr Baillieu said.

“It started at Aberfeldy and it quickly spread to 45,000 hectares in what is a very fast and large fire.

“Volunteers will be doing all they can.

“The wind change has turned the fire into one rolling sausage and the forest could potentially burn for some time.”

Mr Baillieu said it was important for people to heed emergency warnings, and consider leaving as soon as possible.

“There are a number of sources of information,” he said.

“There is the (Fire Ready) app, bushfire emergency line and also radio, radio has been doing a fantastic job.”

“There are relief grants of $1200 a family for those who need it and these will be available to those who have been displaced,” he said.

Mr Baillieu chatted with evacuees about their experiences and showed genuine concern for their predicament.