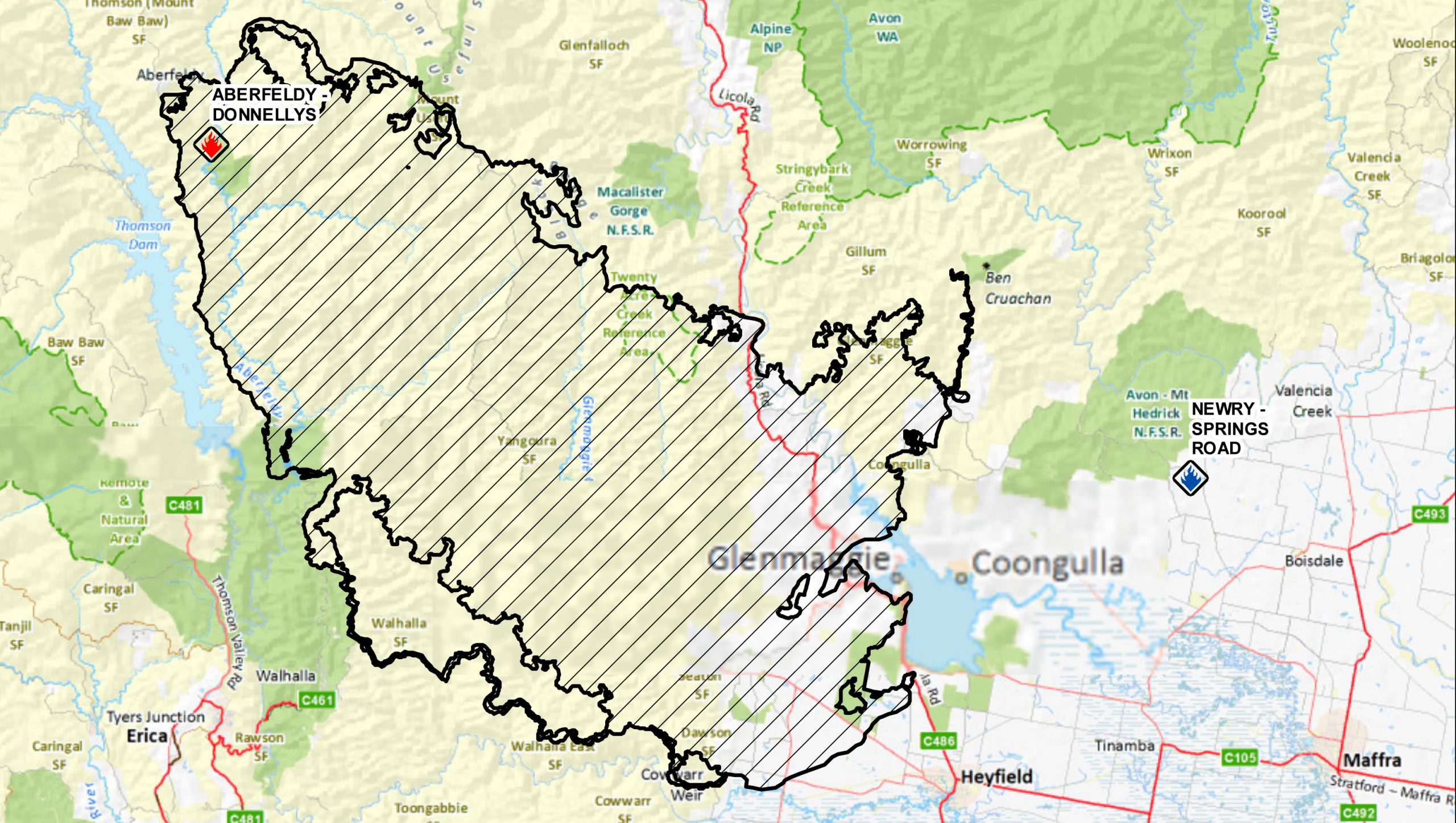 DSE and CFA crews have been working to consolidate containment lines ahead of a predicted wind change on Friday afternoon.

The Aberfeldy bushfire is now around 62,000 hectares in size and has destroyed 21 homes and claimed the life of one man.

Deputy Incident Controller Adrian Gutsche said a change forecast for the wind change had delayed the risk “by 12 hours”.

Mr Gutsche said crews had been working to consolidate firebreaks and control lines to the south of the fire zone ahead of a predicted wind change on Friday.

“Things are not looking too bad with the wind changes. There will be predominately a north-westerly wind in the afternoon on Thursday, that will continue overnight into Friday morning,” he said.

“The wind change has been forecast by the Bureau of Meteorology for 1pm Friday afternoon across the fireground.”

Burning out has occurred in the southwest in the vicinity of Stoney Creek Track and Lammers No 1 Track with good results.

There has been aerial incendiary works conducted in this area from north of Walhalla through to Cowwarr during Wednesday. These fire lighting works have caused large amounts of smoke in these areas. This work has strengthened control lines.

Crews have continued to black out areas along the south-east edge of the fire and along the western side of Lake Glenmaggie. The public should be aware that small fires still burning in the already blackened areas will pose no significant threat.

Burning out operations along Mt Margaret Track to the east of the Macalister River were hampered by high humidity overnight and have continued today. This has seen a large amount of smoke visible in the area.

The fire is subdued in the north-west of the fire area along O’Keefe Track near Aberfeldy and consolidation works continue.

Fallback lines have been brushed up along the Black Range, these include Greenhill’s Track, Twenty Acre Creek Track, Hickeys Creek Track and Burgoyne Track.

A number of roads in the Licola, Seaton and Aberfeldy areas remain closed. There is limited access for local residents.

For small animals phone the Wellington Shire pound on 51445940. Take large animals to the Sale Showgrounds.