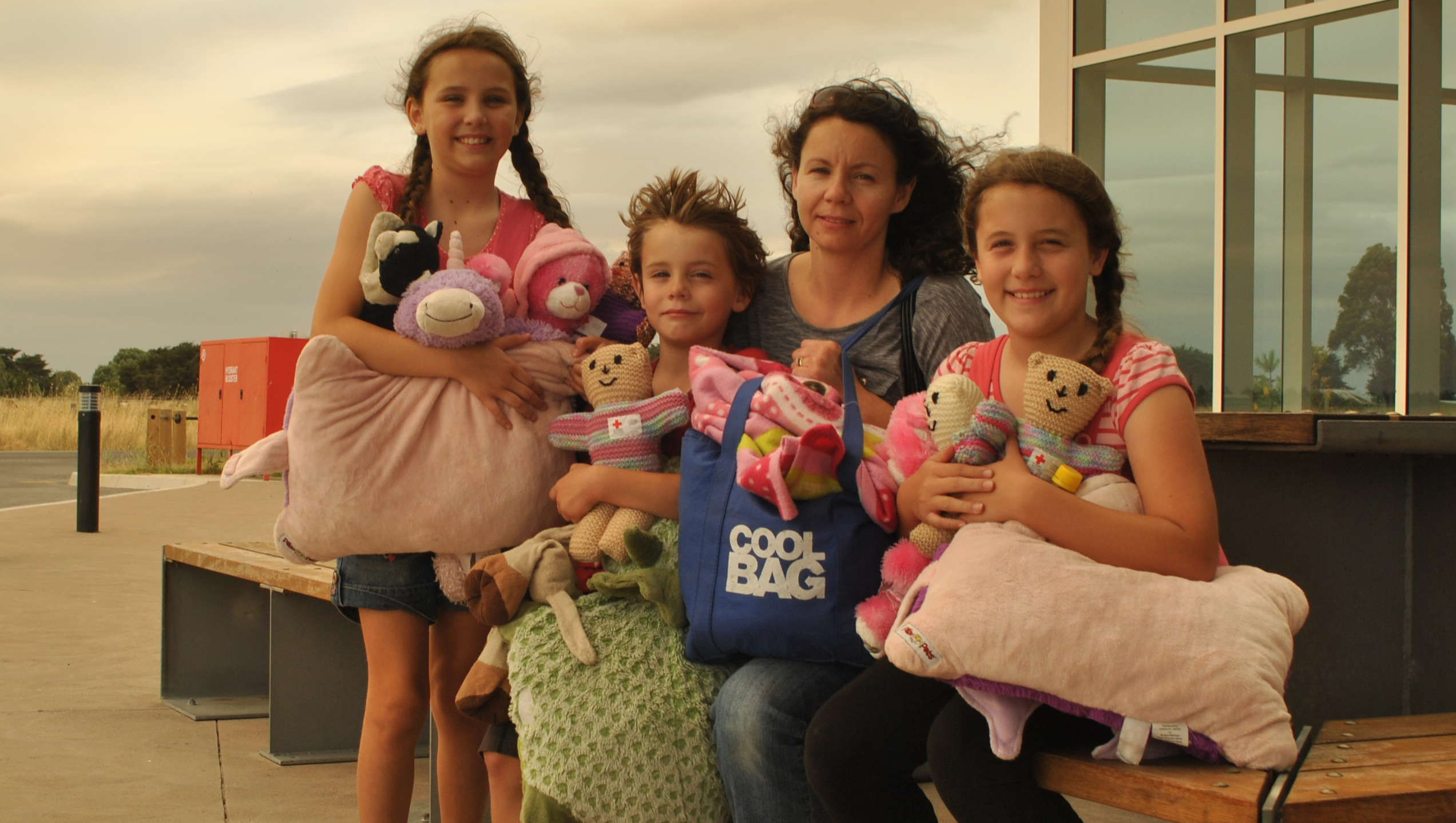 MORE than 350 registrations had been received at the emergency relief centre at the Gippsland Regional Sports Complex in Sale on Friday afternoon as the Aberfeldy-Donnelly’s fire reached its peak.

People from evacuated areas including Licola and Glenmaggie flocked to seek refuge at the complex, along with many from the Seaton, Dawson, Heyfield and Coongulla areas.

“That’s 350 forms, and that’s not counting mums, dads, children et cetera so there could be more than 600 people,” he said.

“It has been a really big effort,” he said.

A number of the evacuees spent Thursday night at Sale’s Baptist Church, but they were relocated, along with the relief centre, to the complex, to cater for a large funeral Friday morning.

Cowwarr’s Ann Gibbs had been listening to fire reports from as early as Thursday afternoon, packing her daughter Mackenzie’s bag just in case.

“Our plan was to evacuate, so we packed the car up and we watched and we waited until 11.30pm,” she said adding a Watch and Act text message she received said the fire would strike about 6am.

“None of us were asleep, we were all getting a bit antsy so rather than go to go to sleep and then wake up with 15 minutes to get out, we would just leave last (Thursday) night,” she said.

As they were leaving Cowwarr, Mrs Gibbs said, ash was falling and the moon had a red glow.

She and baby Mackenzie spent the night at the Baptist Church, relocating to the sport complex after word came at 7am that the relief centre was moving.

Mrs Gibbs said her husband was a CFA volunteer.

“He wanted to get out,” she said, “he was worried about us.”

She said the volunteers at both relief centres had been great.

“Nothing has been too much trouble for them,” she said.

“I was packed, I’ve got all her (Mackenzie’s) food, all her formula and nappies and everything, but they’ve managed all that here for us so I didn’t need to bring any of that,” she said.

“My hubby’s been able to go off and do what he’s got to do at Heyfield and he’s not worried about us, which is good,” she said.

She said at the centre Mackenzie and other children were provided with toys to play with.

As people continued to arrive, she said she was able to swap stories, discovering, to her relief, her house was still standing and Cowwarr was no longer under imminent threat.

Another evacuee, Eugene Hovjacky, said he arrived at the church with his daughter’s dog peck at 4.45am to what he described as a wonderful reception.

“Everyone was so friendly, you can feel it, people understand that you are in trouble and I think that is what you call spirit of the good natured people,” he said.

With animals not permitted at the complex, Wellington Shire Council sent out animal control crews to help relocate pets until people could return home, or to more permanent accommodation.

Animal Aid took in domestic pets, while Sale Showgrounds was provided as refuge for larger animals such as horses and cattle.

Wellington Shire mayor Scott Rossetti said while it was hoped that there would be no need for the relief centre in the coming days, it was important people who decided to leave their homes registered with Red Cross.

Cr Rossetti said council had established a recovery line for those who needed assistance — 1300 137 218.

“For instance I had a call this morning from a lady who wanted signs to be put up on the roads because stock are wandering everywhere.

“Often we don’t know what’s going on out there, we need you to tell us.”