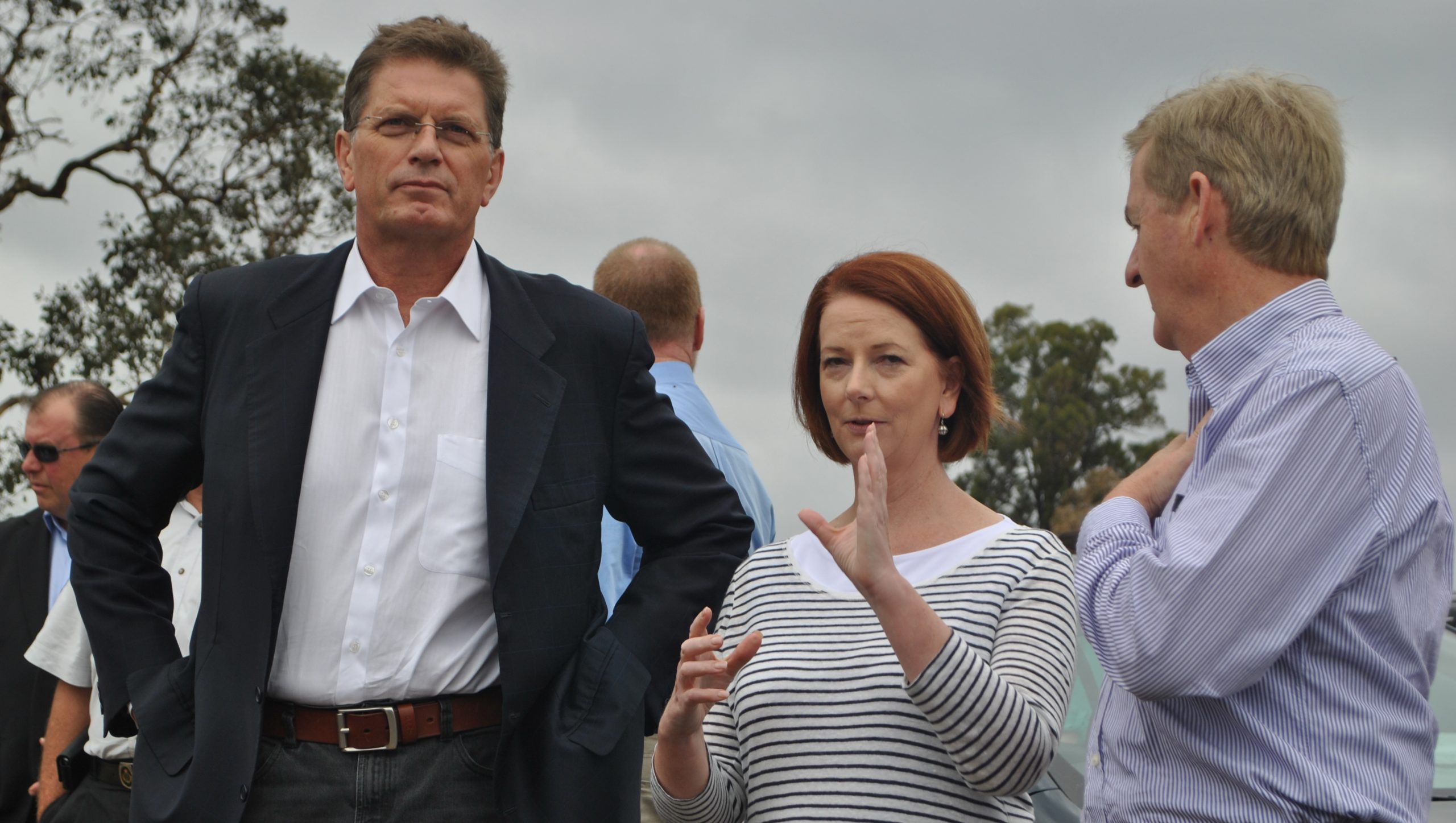 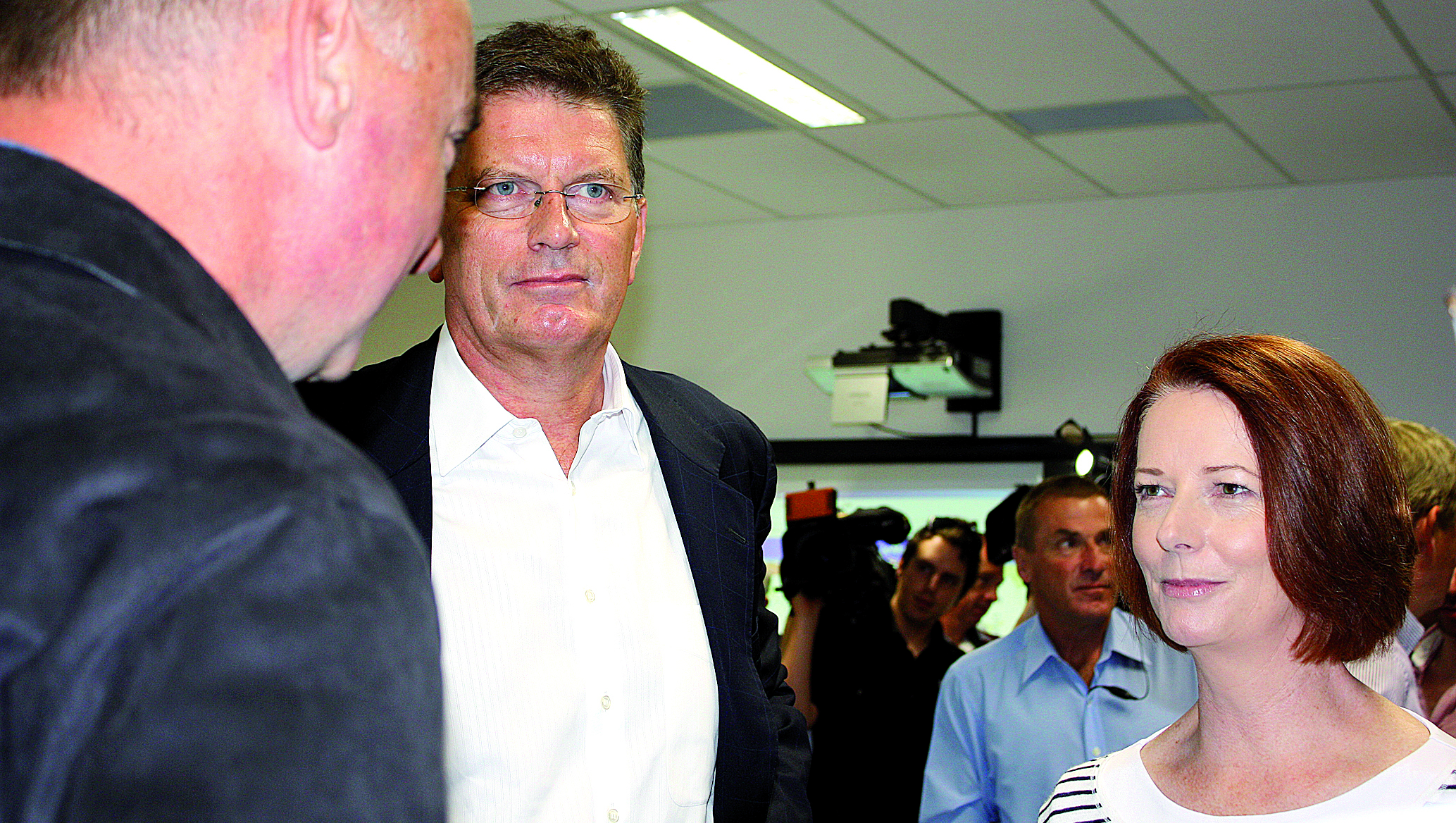 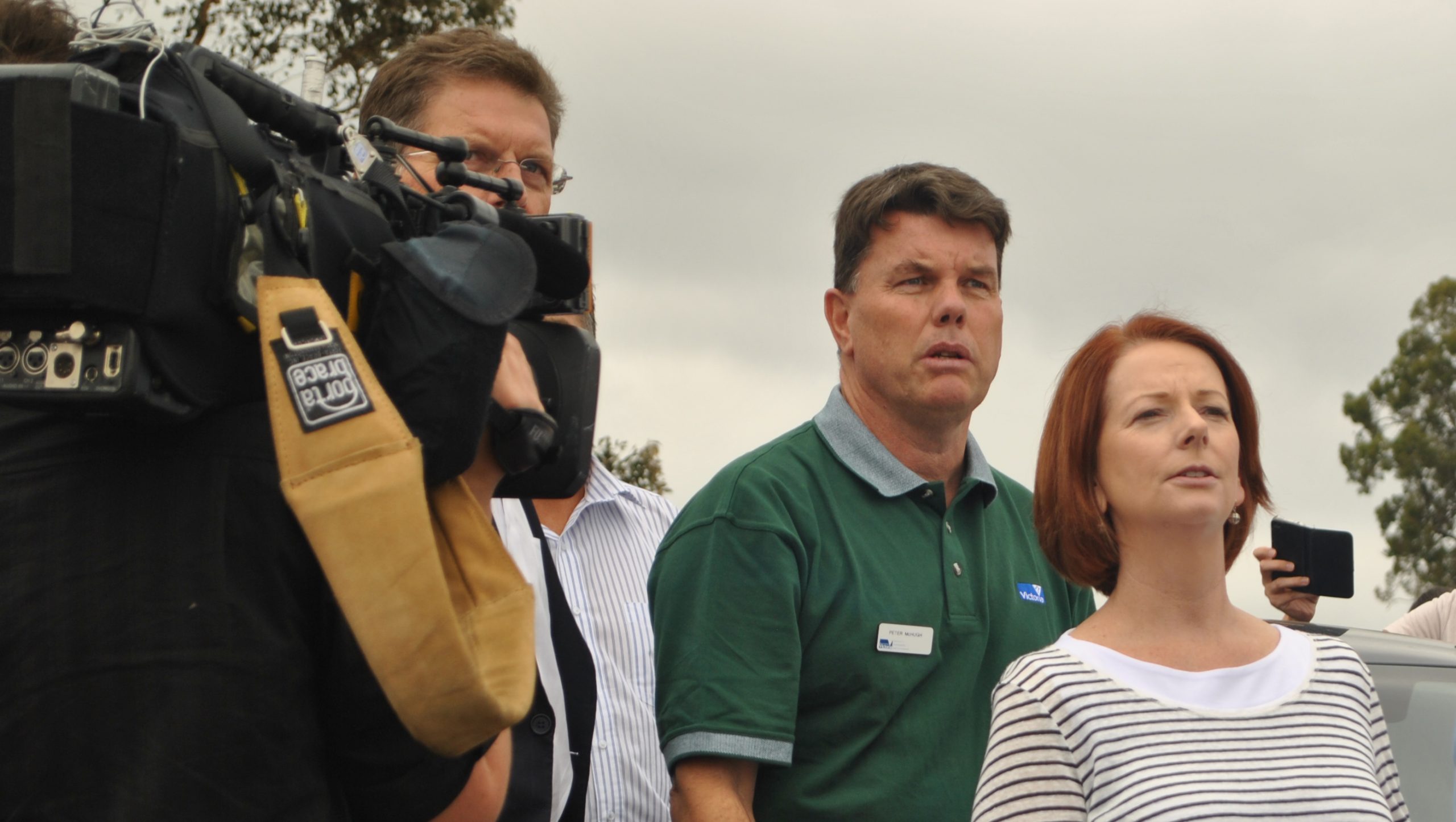 Ms Gillard stopped in at the Department of Sustainability and Environment Incident Control Centre in Heyfield for an overview of the fire situation before heading to a morning tea at the Seaton fire station and a tour of the most affected areas.

Seaton was the community most impacted by the Aberfeldy-Donnelly fire that swept across the region the Friday before last, and which continues to burn in alpine areas, As such there is not much of the township that isn’t charred.

Talking to Mr Ryan, PM Gillard, compared the acres of charred earth to standing in the centre of a bomb site.

She compared it to seeing the recent Tasmanian bush fires and the disastrous effects of Black Saturday in the way that it had swept through the region destroying homes.

As the PM’s motorcade rolled back toward the CFA station it looked more like a funeral procession, weaving through the road blocks and past farmers re-establishing fence posts.

PM: cattle grazing would not have prevented fire