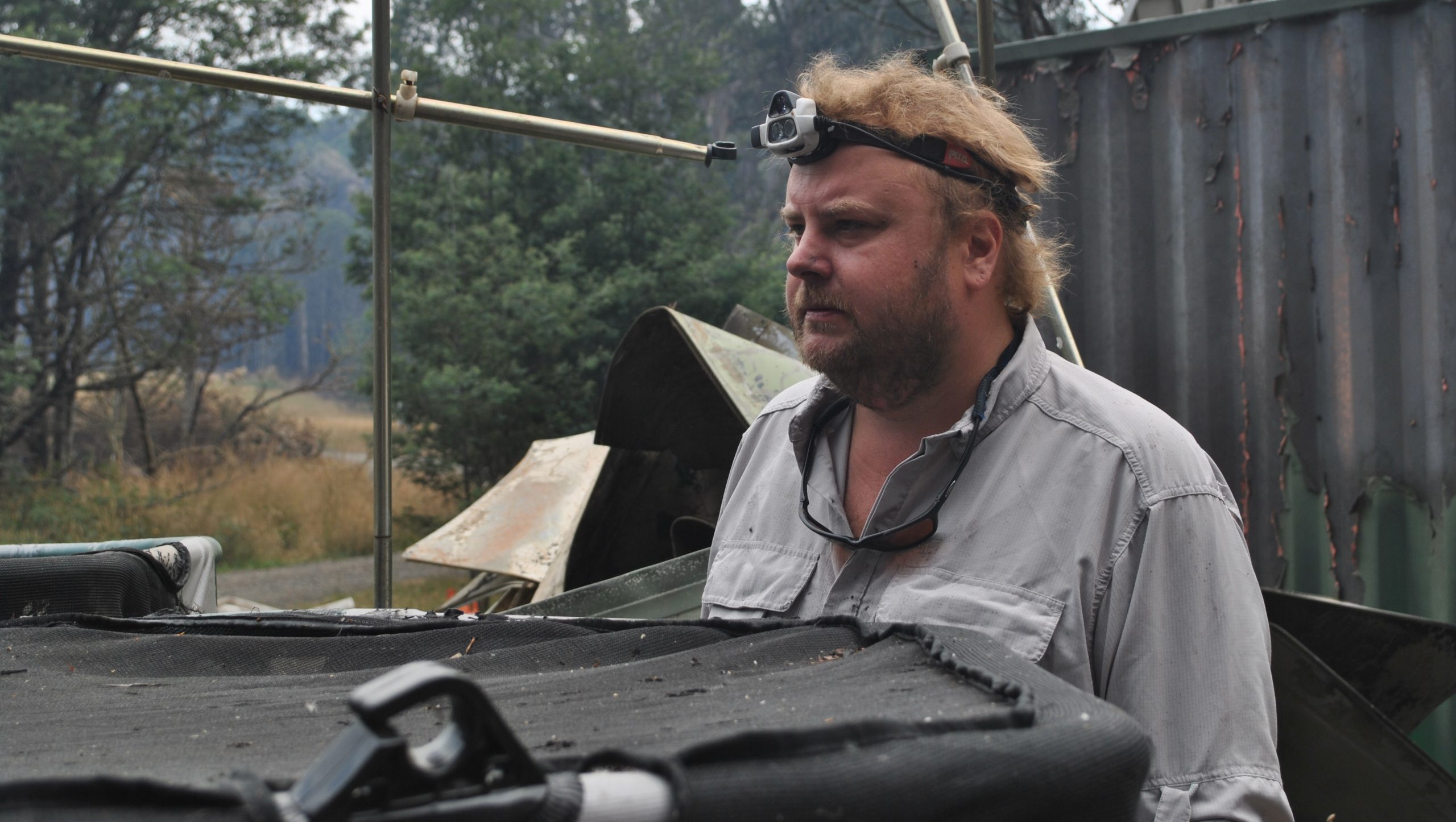 ROB Martin has found some goodwill after losing everything he owned in the fatal Aberfeldy-Donnelly’s bushfire.

Mr Martin, who owns a remote property north of Seaton, lost everything he owned in the fire,

including his shipping container of stock for his online business.

Mr Martin, who only had “a couple of hours” to prepare for the blaze said he was devastated to return three days after the fire to find his property in ruins.

However Mr Martin said there had been many people extend a helping hand since learning of his plight.

“To those guys that chose to give me a hand, thank you very very much,” he said.

“I am doing a little better today and have some hope.

“A few days ago there was just a void space and not a glimmer of hope, some very dark thoughts.

“I have experienced some amazing human spirit.

“Mark, Stef and everyone I thank you guys for everything, it means a hell of a lot in times when you feel you are completely defeated.

“It is also hard to ask for help when you are ‘the rock’. I thought that rocks are only crushed at the quarry.”

Mr Martin said he was now living in a bus at Lake Glenmaggie Caravan Park.