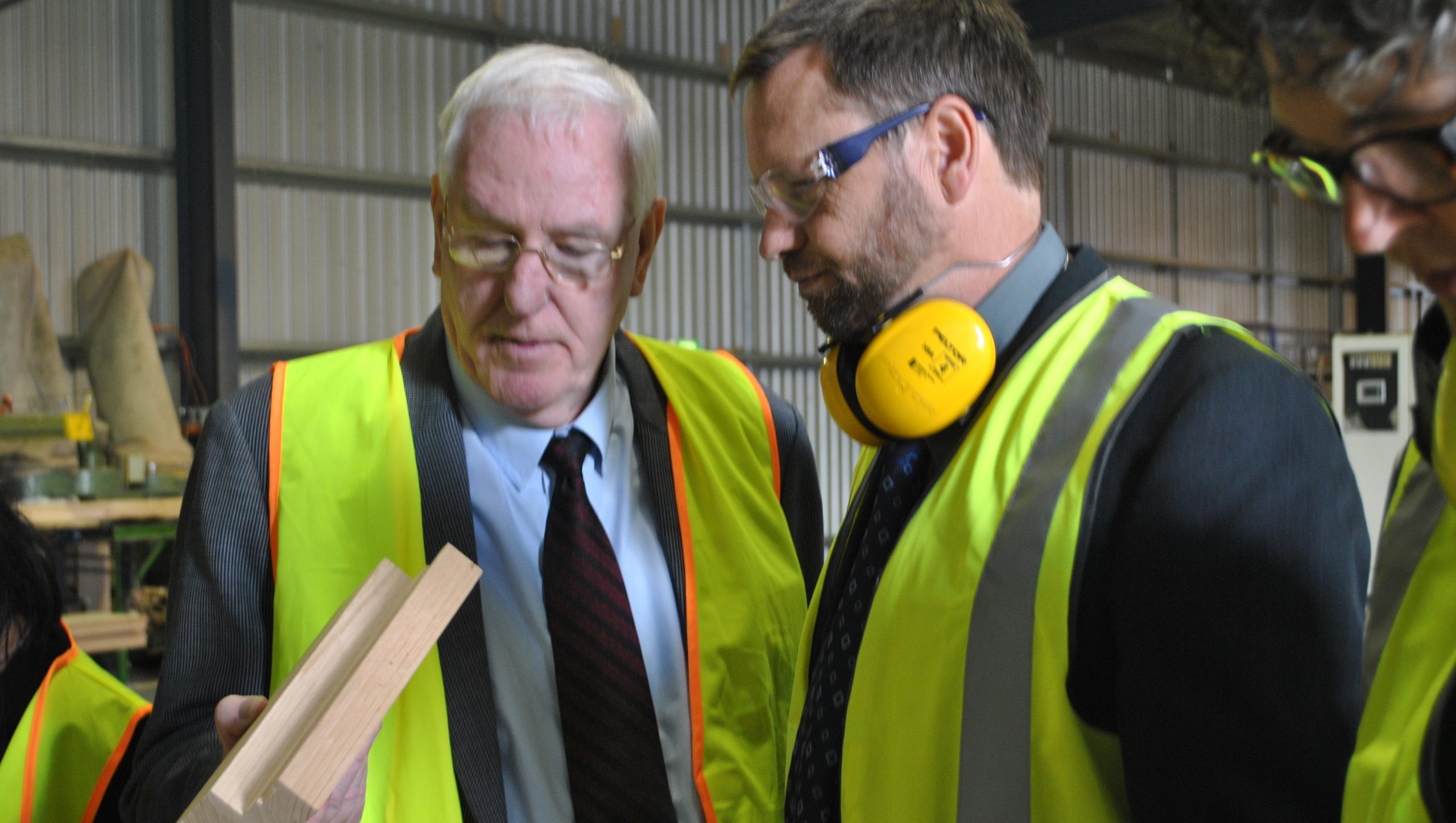 VICTORIA’S largest hardwood saw mill, Heyfield’s Australian Sustainable Hardwoods, has come out on top following some testing times, with plans to upgrade the facility and expand its operations.

The funding will be provided through Regional Development, which includes $500,000 from the Latrobe Valley Industry and Infrastructure Fund.

“We cannot in Australia continue on a basis of maintaining a position of being sacrosanct about the way in which we operate our industry and on the other hand, continuing to import material from other nations which do not observe the same sort of standards that we do.

“We need to work toward the development of import replacement product, and today is very much focused around that.

“So that (being) said, one of the things that brought the interest from Ron (Golsagger) and the other members of the board, was the potential for this site and its many skills with demonstrable capacity to contribute economically, to be able to go even further.”

Mr Ryan said the project would include an extension to the current finger joining and laminating facility, the establishment of a hard stand site, the purchase of a new horizontal finger joiner and new equipment for the joiner line.

“We will contribute $650,000, to assist the company in this extraordinary investment which it is making, which will see the company now able to move into a new area that it’s aspired to for a long time.”

ASH Heyfield chief executive Vince Hurley paid homage to the company’s staff and employees, who were set to reap the benefits for sticking through the tough times.

He said the company’s suppliers and customers were also set to benefit from the expansion project.

“As Peter (Ryan) alluded to we had a difficult time at the end of the ITC period and during the Gunns period where we were a cash cow and cash disappeared,” Mr Hurley said.

“We were left to starve as were our suppliers; in some ways we really struggled with our customers but we managed to keep everyone satisfied and eventually got most things sorted out.

“We did have a very difficult time in the Gunns era.

“Some of our senior leadership people could have left for more money, they could have gone.

“Every single one of them is here today, so everyone stuck together, and we’ve got a really, extremely tight team, very well skilled and very respected leadership group and that’s really what pulls this company together and drives the whole process.”