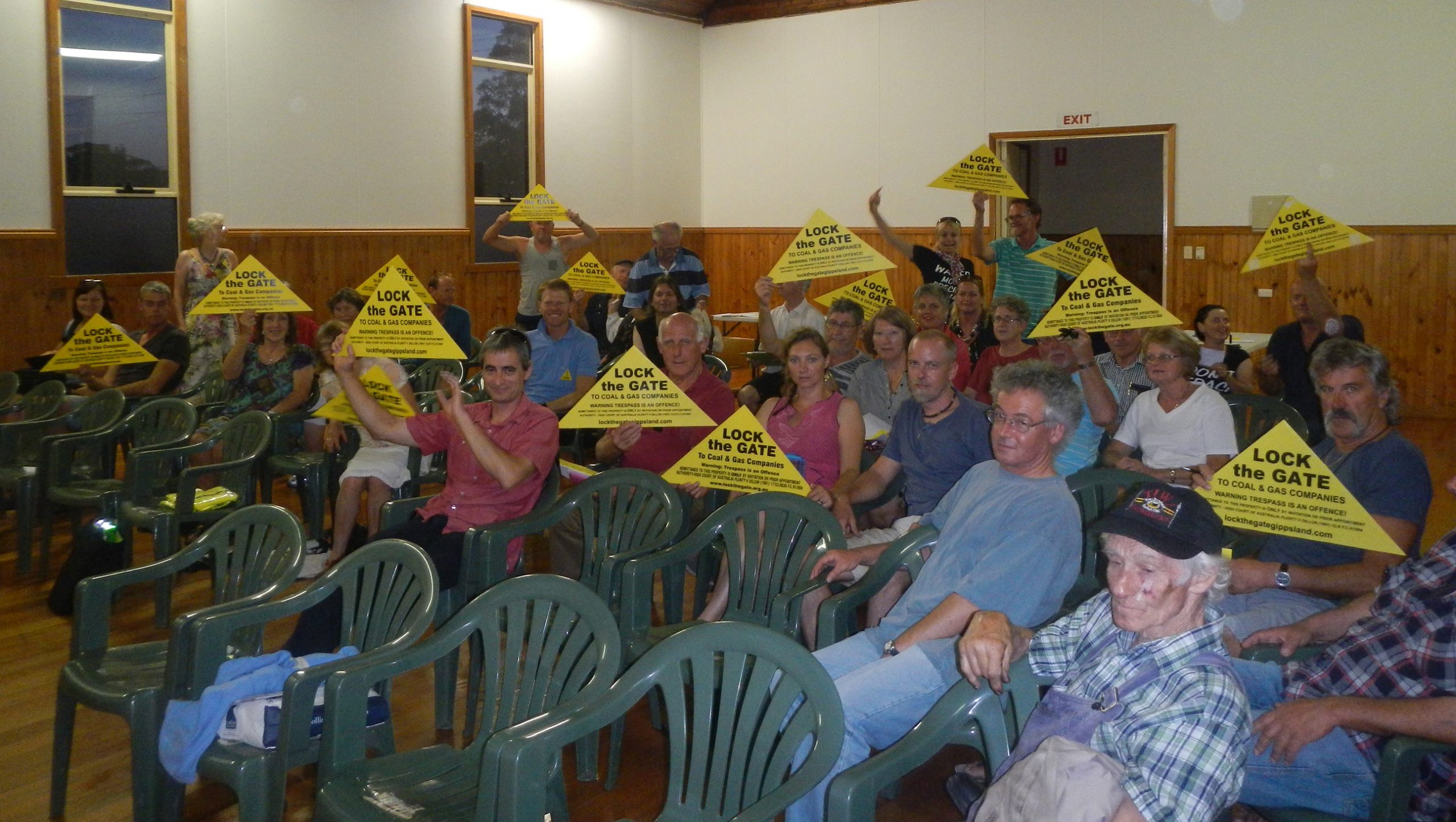 A GROUP of Longford residents have voted against onshore gas mining in the area.

About 50 people attended a meeting in Longford on Thursday, discussing the introduction of coal seam gas exploration and extraction and the Longford conditioning plant approval process.

Morgan Knoesen from the Coal Seam Gas Wellington Awareness Group said many people were concerned about what was happening to the local environment.

“Communities are starting to stand up for their rights and protect their properties and their health,” he said.

Longford resident Hayley Kennedy said the community was willing to fight to protect its environment.

“When you threaten to dig up people’s properties, surround them by gas wells, introduce heavy vehicle traffic, affect their health and wellbeing and devalue their investments, they’re going to fight,” she said.

With more people placing “Lock the Gate” signs on their front gates, CSG WAG member Jo McCubbin said there was a clear indication that people were beginning to understand the threat mining posed to the region.

“Giving our properties and natural resources to Gina Rinehart and overseas companies is not on,” she said.

“It doesn’t matter who you work for, it’s wrong.”

Several exploration licences for onshore gas mining have been allocated by the Department of Primary Industries covering most of Gippsland.

Mr Knoesen said investment by mining giants like Gina Rinehart and ExxonMobil highlighted the potential for mass expansion of the industry in Victoria.

There are more than 65 billion tons of coal between Morwell and Longford which contains vast quantities of gas.

“The Chinese want it, ExxonMobil want it and Gina Rinehart wants it.

“Gippsland produces 23 per cent of Australia’s milk and is the food bowl for Victoria.

“This type of mining is proven in Queensland, New South Wales and the USA to be incompatible with farming.

“If Gippslanders don’t want to give away our agriculture industry, natural resources and real estate, then they must say so.

“Esso’s new conditioning plant is expected to vent one million tons of carbon dioxide into the atmosphere each year and consume 72 million litres of aquifer water.

“Gippslanders are in drought just after the floods ask any farmer and Esso is using 2.6 million litres per day.”

Mr Knoesen said Gippsland residents still had an opportunity to object to the expansion of the gas plant by entering submissions to the Environmental Protection Authority.