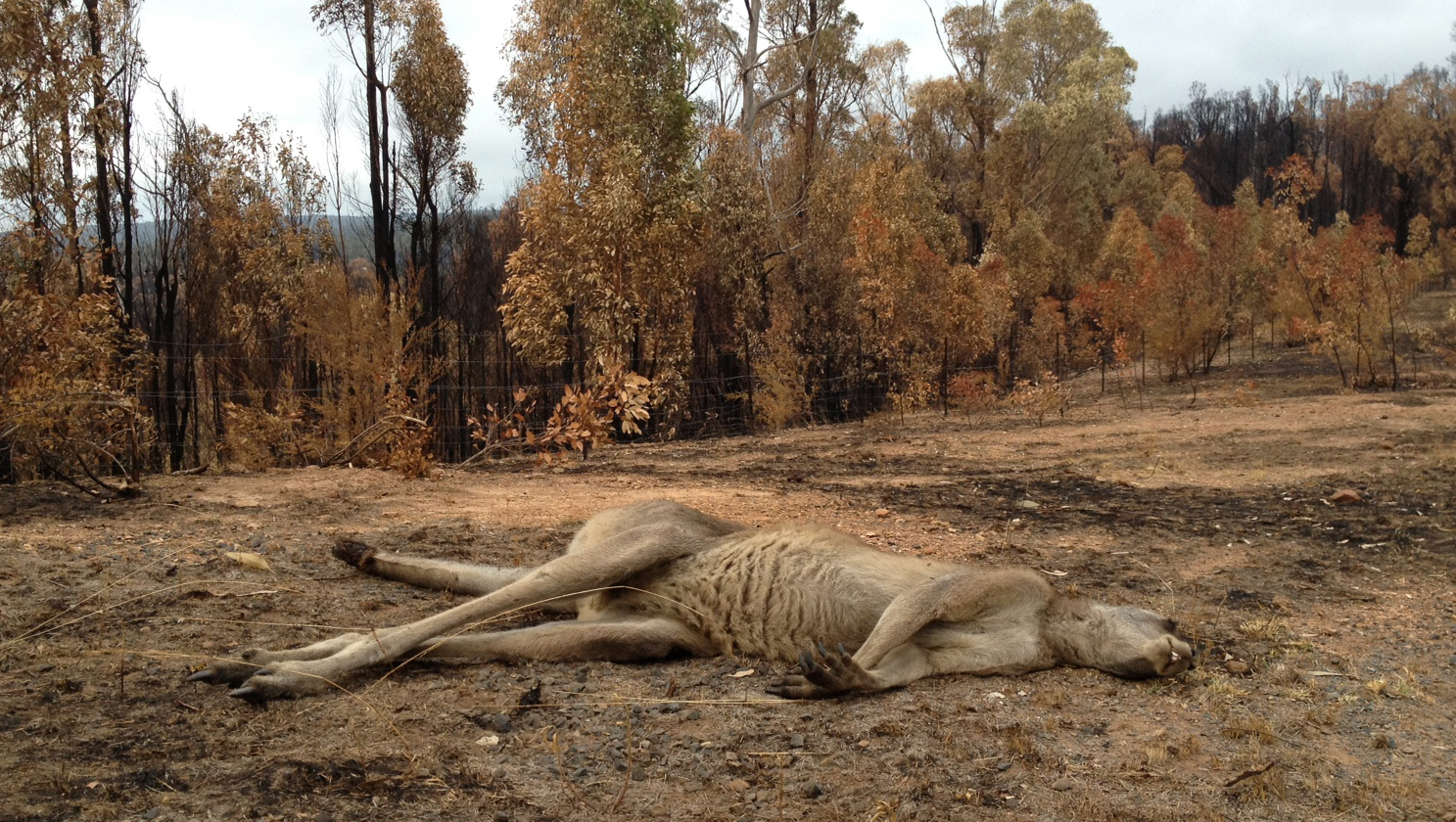 THE Department of Sustainability and Environment has rejected Australian Society for Kangaroos claims that wildlife rescuers have been locked out of the entire Gippsland fire ground.

DSE said it had a co-ordinated a team of seven trained and accredited volunteers to look for injured wildlife following the Aberfeldy fire.

The society claimed DSE told local and state volunteer groups that the Gippsland fire ground was closed to all wildlife volunteers and that no rescue, euthanasia or food drops to burnt wildlife were allowed.

Local rescue groups were previously given access to the fire ground and saved a badly burnt koala and many other native animals that were suffering horrific burns from the fast moving 85,000 hectare bush fire.

However, the society claims after just a couple of days the DSE told volunteers that they were not allowed back into the fire ground or any other areas affected by the fire, stating that they had “not got enough live animals out” and that some areas were unsafe.

The society said when it contacted a senior Victorian CFA officer who had worked within the Gippsland fire ground, it was stated that most of the fire ground, and in particular the massive areas already burnt, no longer had safety controls in place.

Australian Society for Kangaroos president Nikki Sutterby said a wildlife volunteer who was called to a Seaton property to rescue multiple burnt and starving animals reported being abused by DSE staff for euthanasing burnt animals.

“On this one Seaton property alone, the rescuer found wallabies dying from body and facial burns, and one that had gone blind from the smoke and heat,” she said.

Ms Sutterby said the Seaton landowner who phoned the rescuer had since put out food and water for the wildlife and reported that it was all being eaten by starving animals whose food source had been destroyed by the fires.

However a spokesperson for DSE said a co-ordinated wildlife rescue effort ran for two weeks from January 20, with a team of vets set up to triage the animals brought in.

“The Heyfield Incident Control Centre is currently in the process of reviewing their wildlife rescue plan now that conditions have settled,” the spokesperson said.

“They are currently looking at engaging a wildlife officer who will gather information from the fire ground on the impact on wildlife as well as liaise with animal welfare groups.

“Human safety is paramount in anything related to fire management and it may not always be safe for wildlife rescuers to go out on the fire ground.

“The incident controller determines when it is safe to enter the fire ground.

“If volunteer wildlife carers can’t go out because it is too dangerous, DSE firefighters will look out for injured wildlife.

“We also ask local property owners to keep their eye out and if they find injured wildlife to call a qualified wildlife carer.”