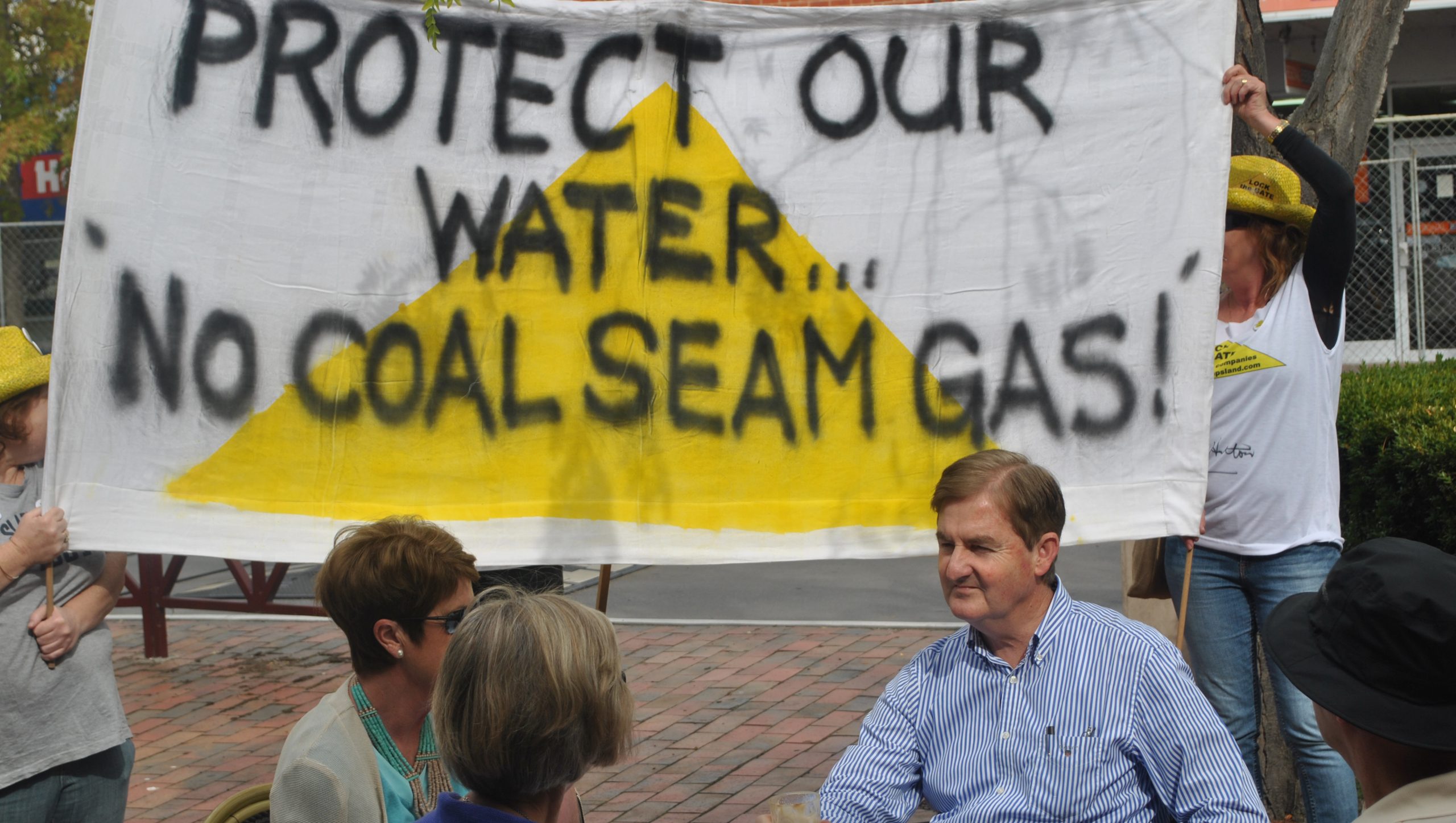 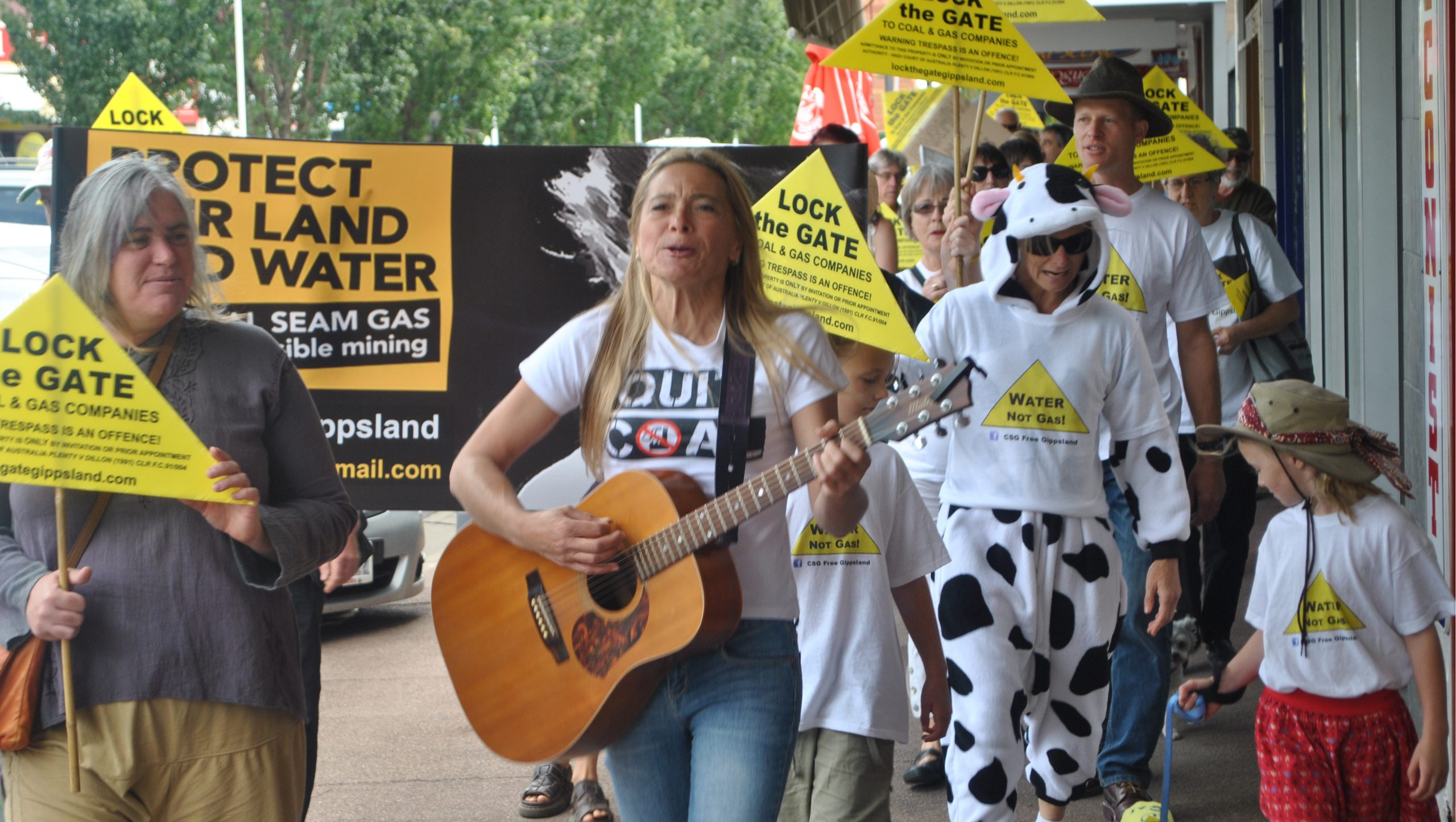 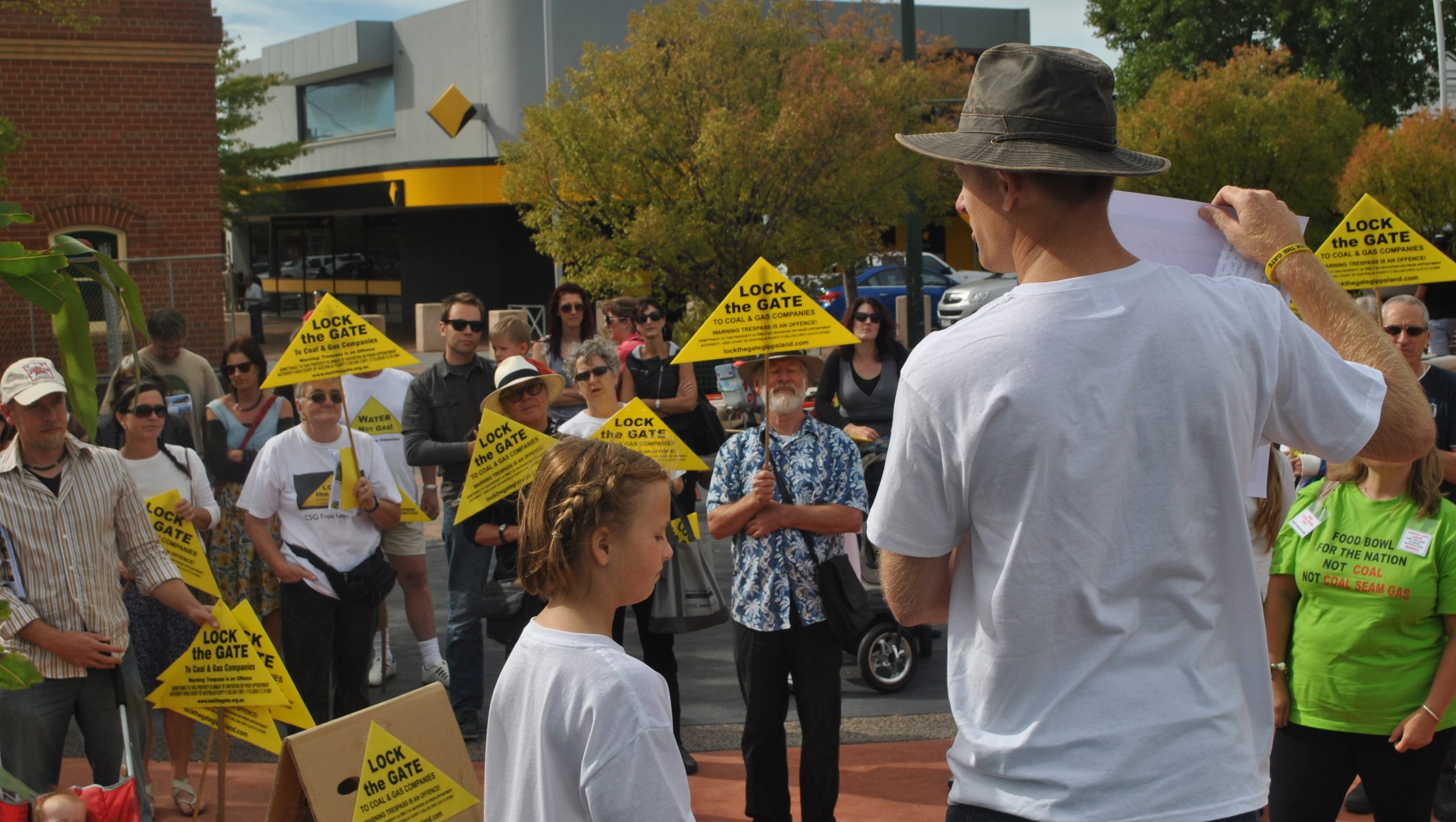 MUSICIANS, people of all ages, someone dressed up as a cow, a bishop and the Deputy Premier all featured in a protest rally against coal seam gas mining.

The message from about 60 people on Saturday morning was clear: “Protect our farmers, no coal seam gas”.

The rally, organised by the Coal Seam Gas Wellington Awareness Group, was held in Sale to support farmers, while voicing their concerns about unconventional mining in Gippsland.

After assembling in the Sale pedestrian mall, the group marched along Raymond St to spread its message.

It gathered around Deputy Premier and Gippsland South MLA Peter Ryan, who was enjoying a latte outside a cafe.

Despite seeing the start of the rally across the road, Mr Ryan remained in his seat, preparing for their inevitable arrival.

Among those protesting was Anglican Bishop of Gippsland John McIntyre.

“Now they face a far greater threat that’s losing their farms to mining,” he told the rally.

“Once those farms are lost, we’ll never get them back and we don’t know who’s going to feed our supermarkets.

“Without farmers there’ll be no food.

“That makes our farmers the most important people in this community.

“We respect you and we support you.”

Mr Knoesen hoped to send a message to all levels of government that unconventional gas mining was not wanted in Gippsland.

“We further want to support our leaders in creating a renewable future, using renewable energy resources rather than using the old fossil fuel way and benefiting large corporations with no benefit to our community and our farmers,” he said.

Rally participants signed a “declaration of hope”, asking elected leaders to respect the wishes of the Gippsland community when making decisions about unconventional mining, to protect farmers with “no-go zones” for new onshore mining and promote the development of renewable energy.

The declaration will be sent to all levels of government.