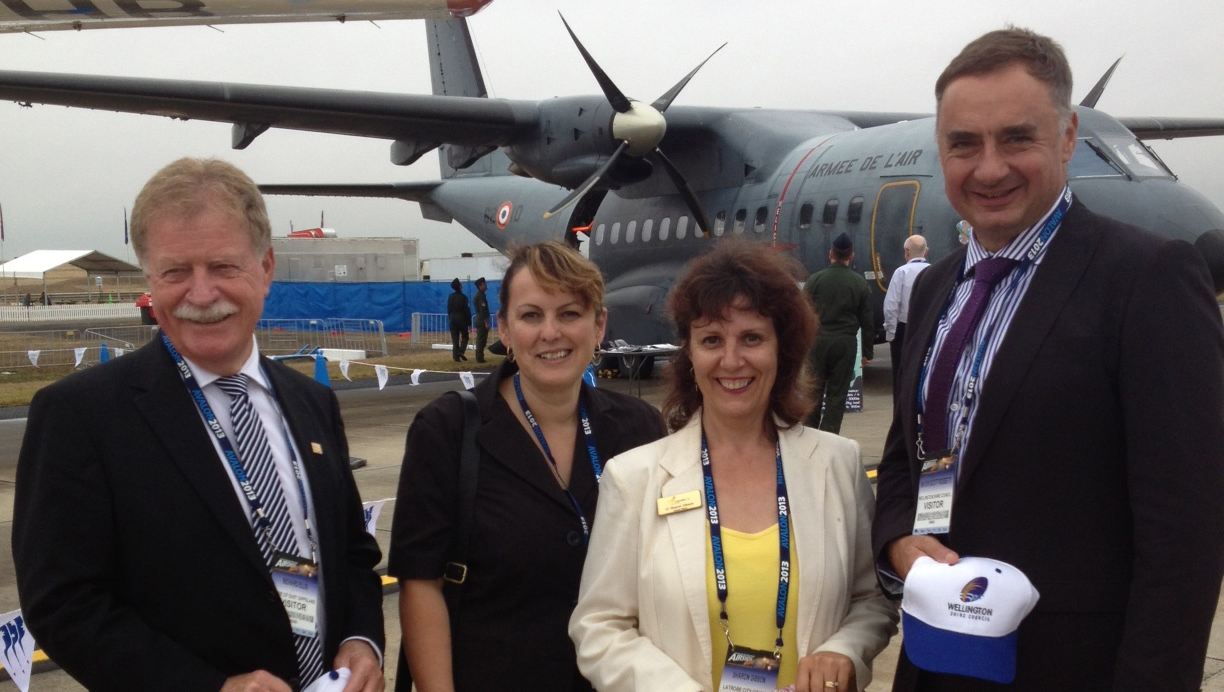 The group attended the event at Avalon on February 26 and 27 to promote Wellington Shire as the choice for the aviation industry.

“As well as attending the trade show and round table event with State Government representatives and Minister for Aviation, Gordon Rich-Phillips, we were invited to Government House for a reception, along with a number of our Gippsland neighbours, from Latrobe and East Gippsland,” Cr Rossetti said.

“Since signing the Memorandum of Understanding between ourselves and East Gippsland early last year, we have keenly presented a united front, standing ourselves in excellent stead to represent our region in the very best light to encourage members of the aviation industry to choose Gippsland.

“We had a presence over both trade and public days. During 13 meetings over the trade days, Cr Peter Cleary and Sharyn Bolitho, manager economic development, (who both have experience in the RAAF) were joined by representatives from East Gippsland Shire Council, and State Government representatives, to commence initial discussions with companies potentially seeking involvement with bids for AIR 54/28.

“As we embark on discussions around bidding to bring AIR 54/28, the Air Force’s Basic Flight Training School, to Wellington Shire, the positive feedback we’ve received at Avalon tells me that we’re on the right track.

“We are doing everything we can to reach out to any company that wants to bring this to Sale.”