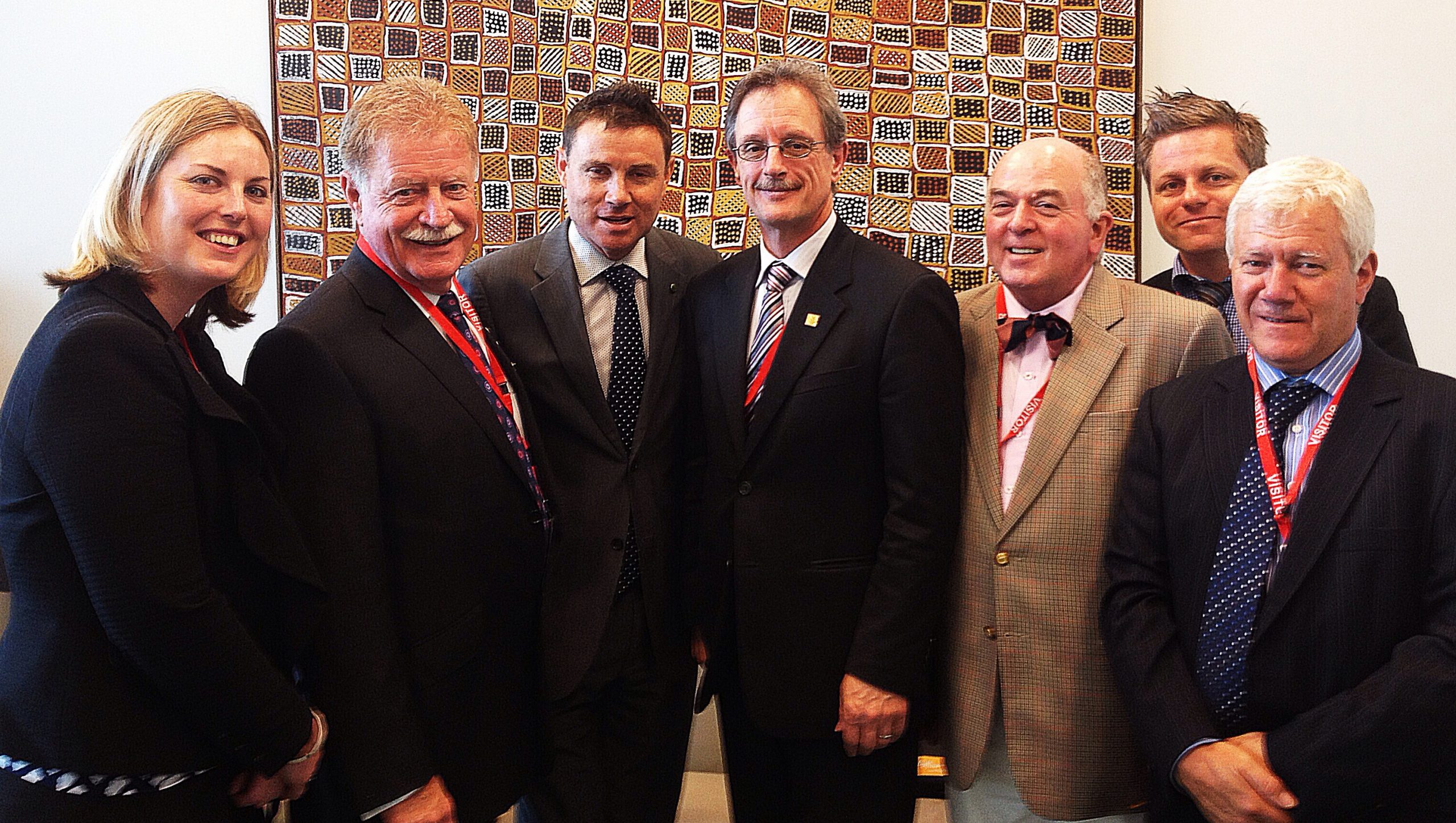 Councillor Ellis said the group received positive feedback from both sides of politics during the visit.

“There is no doubt we have gathered some momentum and sparked some strong interest in the region,” he said.

“The consistent message we received was that we are one of a small handful of regions who have developed a clear focus, a well-organised campaign and most importantly, a unified regional voice.”

Major projects discussed included funding for the Latrobe Regional Hospital stage 2a redevelopment, completion of the Princes Highway duplication from Traralgon to Sale and RAAF Base East Sale as the preferred location for the Defence project AIR5428 Pilot Training School.

Mr Rijs said the visit was the first of several planned in the lead-up to this year’s Federal election.

“It was about putting our priority projects on the right radars and getting the Gippsland discussion started in Canberra,” he said.

“We certainly achieved those objectives, and we will now prepare for the next phase of the campaign armed with the valuable insights we have gleaned.”

Mr Elkington said a recurring message from both sides was that the forthcoming budget will be very tight.

“We know it’s a highly competitive political environment; money is tight and that’s why are now going back to our key regional stakeholders to work with them in strengthening our strategy and building our cases in the lead-up to the next visit,” he said.

With a follow-up visit to Canberra already being planned for May, the group also took the opportunity to extend invitations to a number of their hosts including Opposition Leader Tony Abbott, Shadow Minister for Regional Development and Tourism Bob Baldwin, Shadow Minister for Agriculture and Food Security John Cobb and Shadow Parliamentary Secretary for Small Business and Fair Competition Senator Scott Ryan to visit Gippsland during the coming months.

Cr Ellis said the group was calling on the Gippsland community to get behind the campaign over the coming months.

“We want Gippslanders to support us, and to know that we are working in consultation with our Federal members Darren Chester and Russell Broadbent to represent Gippsland with a strong, united voice in the corridors of Canberra,” he said.