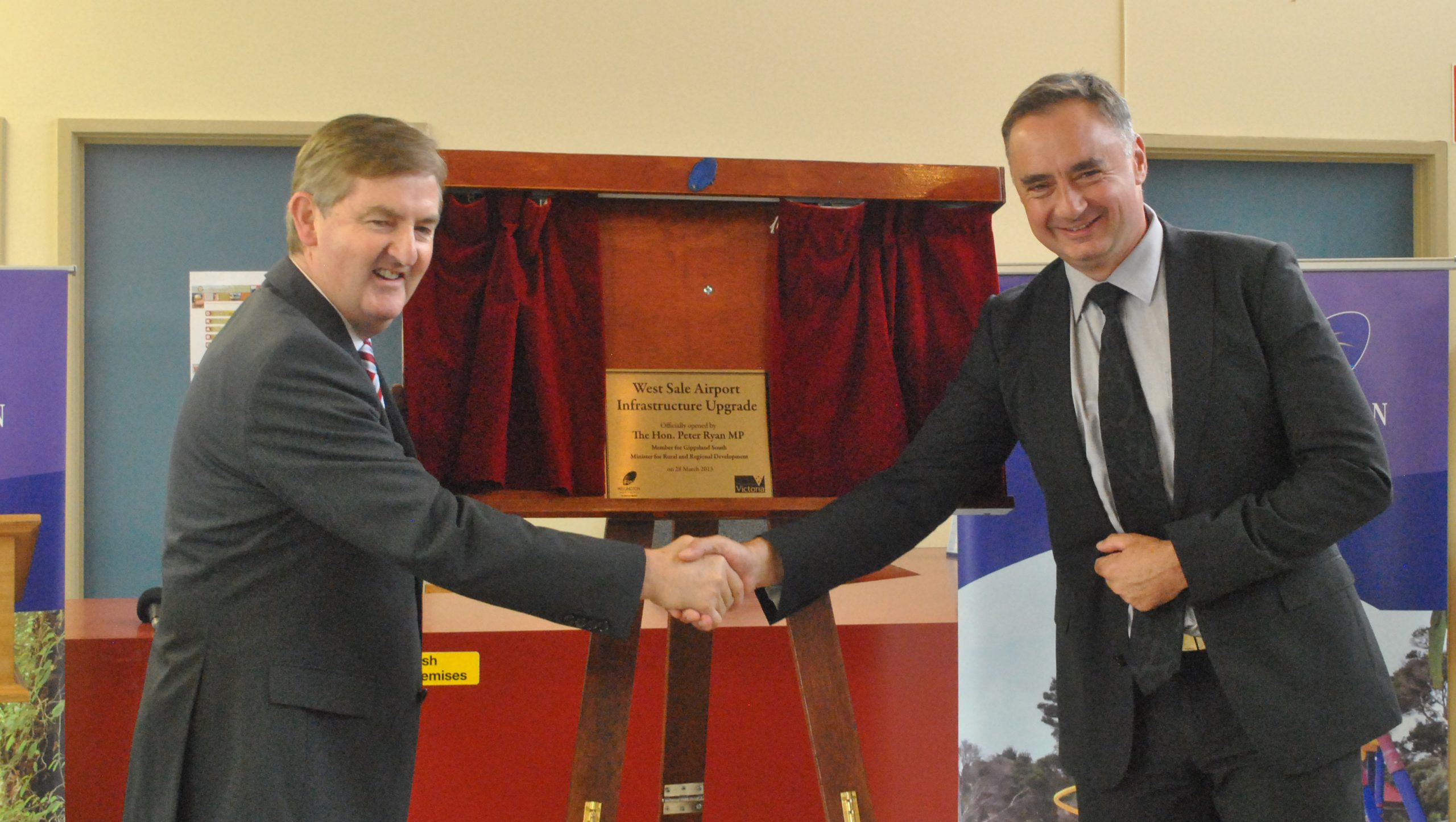 IN what was a joint venture undertaken by state and local governments, Sale West Aerodrome recently received $3.334 million in upgrades, with Deputy Premier and Gippsland South MLA Peter Ryan officially opening the works on Thursday.

Mr Ryan said in his new role of Minister for State Development, he had set himself the task of highlighting the developments happening in the state and regions.

He said the developments to infrastructure at the airport would bring it into the contemporary aviation world.

Completed works include a taxiway reconstruction, pavement rehabilitation, apron enlargement, rehabilitation to the aerodrome’s precision approach path indicator which is used to clearly light the way for safe take off and landings, the refurbishment of a hangar and fuel infrastructure works.

Of the project’s $3334 million budget, $3 million was allocated by the state government and $334,000 was provided by Wellington Shire Council.

“Completing this $3.334 million infrastructure project means that we are in the very best position for businesses to consider Wellington Shire when searching for operational locations,” he said.

Mr Ryan too spoke of the upgrades’ benefits to the local economy.

“The upgraded airport facilities will better service oil, gas and mining companies, all of which are significant export earners,” Mr Ryan said.

He also listed flying schools, aviation support crews, technicians and mechanics as groups within the aviation industry he hoped would be drawn to Sale because of the upgrade.

“This upgrade meets the needs of both current and future airport users and will go a long way towards enhancing the image of Gippsland as a place to do business,” Mr Ryan said.

“The upgrade has also created 20 jobs throughout the two-year construction period,” he added.