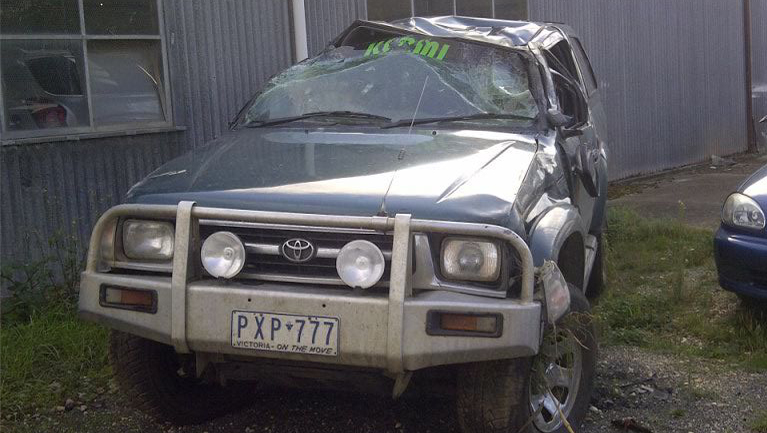 A 23-YEAR-old Yarram woman was in for a shock Friday night when her car somersaulted down an embankment at Valencia Creek and landed on its roof in a dry creek bed.

The woman, who had become lost trying to travel from Briagolong to Valencia Creek, was travelling along Gorge Rd when the bitumen turned to gravel and the road suddenly disappeared around a bend, and dropped into Freestone Creek.

In the dark, she said, the single ‘Road Ends’ sign, on the edge of a sharp turn, was close to impossible to see.

There were no other warning signs before the drop, which the Gippsland Times believes has claimed other victims in recent years.

The woman walked away, crawling out the back window of the car, with multiple cuts and bruises and an “egg” on her head, but no major injuries. She said speed was not a factor.

A routine post-accident breath test detected no alcohol in her system.

The woman and her family are appealing for more signs or warning barriers along the track, to alert non-locals to the approaching hazard.