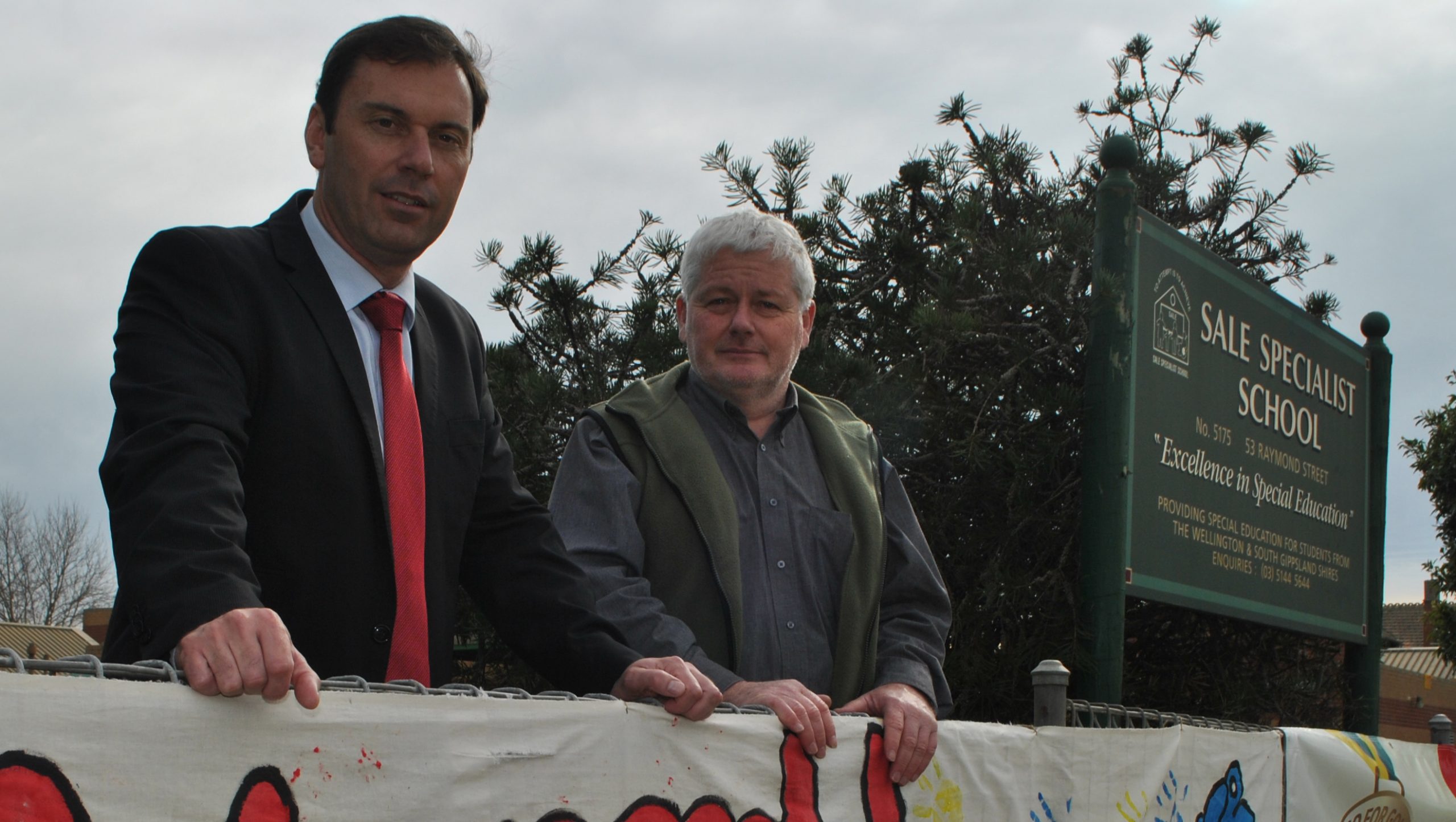 DEPUTY Premier Peter Ryan needs to take a keener interest in his own Gippsland South electorate and ensure Sale Specialist School’s re-construction on a new site is funded in the State Budget, according to a member of the State Opposition.

The opposition’s spokesman for disability education Colin Brooks, who visited the school last July, said he was saddened that there appeared to have been no action on the part of the State Government to resolve the school’s dire situation.

“This school is literally down the street from Mr Ryan’s electorate office but the kids at Sale Specialist School seem to have been forgotten by Mr Ryan and the Napthine Government,” Mr Brooks said.

“When visiting the site last year, I was shocked to see how cramped the conditions were for both students and staff.

“I’m even more shocked that Mr Ryan has not championed this school’s cause, as a good local member should.

“Mr Ryan should be ensuring that the Education Department’s land acquisition processes are moving sharply and that any funding required in next month’s budget is allocated,” he said.

“He should also be keeping the school community informed, which is obviously not the case.

“Quite frankly, he needs a good kick in the bum, as the saying goes.”

Mr Brooks said Mr Ryan had failed to raise the school’s circumstances in parliament for nearly a decade, get the school’s reconstruction into the Liberal-National Coalition’s election commitments, act on this issue until pressure from local media, parent action group and the opposition, and regularly keep the school community up to date with any progress on land acquisition or funding issues.

A spokesman for Mr Ryan said Mr Brooks’ comments distorted the true picture around the school.

“The Member for Gippsland South Peter Ryan has had numerous meetings with school parents, staff and administration. Late last year, he also tabled two petitions on the issue in parliament,” the spokesman said.

“The Department of Education is working closely with Sale Specialist School to ensure the school has suitable facilities to cater for the student population and to identify a preferred site for a new location.

“The needs of all schools across the state will be considered in future budget processes.

“Mr Brooks refers to the situation around the school as ‘dire’, yet fails to mention Labor ignored the school when it was in power for 11 of the past 13 years. The Liberal-National Government has been left to clean up yet another Labor mess.”