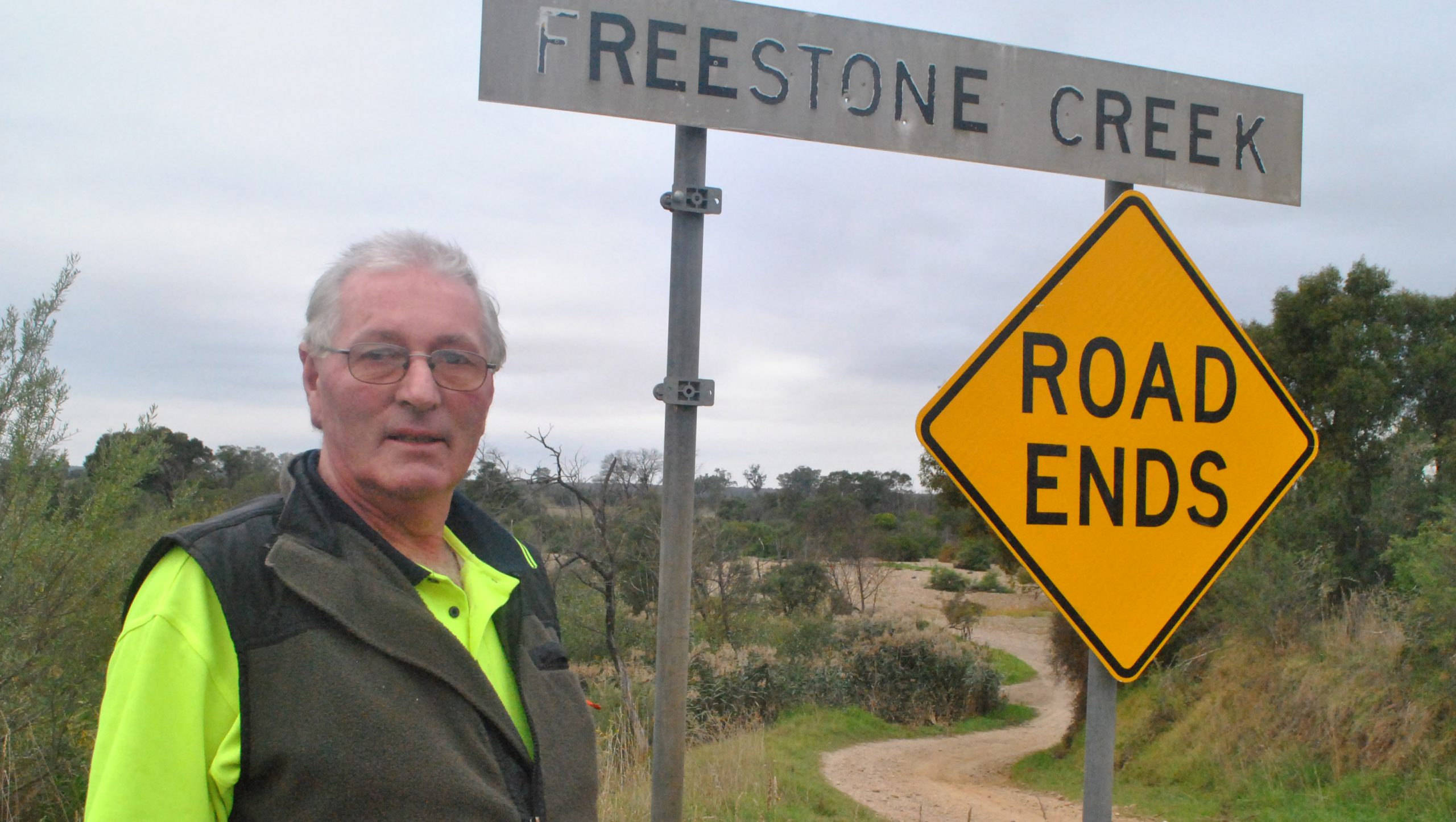 End of the road

THE first thing Valencia Creek’s Kevin Killeen saw when he responded to a car roll over at the Gorges Rd ford crossing at Freestone Creek on April 5 was rubbish on the road and the flashing hazard lights of an upturned car resting on its roof in the creek bed.

“It frightened the hell out of me, I’ll tell you,” Mr Killeen said.

At that stage he didn’t know if anyone was still in the car.

On his way home to phone for assistance, he came across the 23-year-old Yarram woman who confirmed she was the car’s driver and only occupant.

The woman, who was travelling from Boisdale to Briagolong to meet up with friends, said she had become lost and took the unfamiliar track.

Mr Killeen and his wife, Marion, said the woman took the next available route recommended by her GPS, becoming startled when the bitumen suddenly gave way to gravel.

“The signage is very poor, and for someone who doesn’t know the area to run off the bitumen onto gravel … would be very frightening,” Mrs Killeen said.

A satellite image of the road on Google Maps shows an arc far greater than the available track, which could have added to the confusion.

Mrs Killeen said because it was a ford crossing, “If you don’t take the right track you end up in the water.”

“Luckily there was no water there and she didn’t end up in blackberries,” Mr Killeen said.

“It could have been a nasty accident, she’s a very lucky girl,” Mrs Killeen said.

Since the accident the woman and her family have been calling for more signs to be erected in the area.

There are only two warning signs of the approaching hazards, the first, mentions an approaching ford while the second, warns that the ‘road ends’ at the moment the bitumen does.

This sign, the woman said, came too late in the dark.

The Killeens said there had always been a problem with signs in the area as regular flooding of the ford washed them away.

They said the creek was able to be crossed 90 per cent of the time, with locals often taking the route to save themselves 10km when travelling from Boisdale to Briagolong.

Mr Killeen said he knew the crossing like the back of his hand.

“In dry weather it is a good crossing, it’s a good way to get to Briag,” he said.

He said he’d hate to see anything happen to the crossing which was an invaluable track during bushfire seasons.

A Wellington Shire Council spokesman said the maintenance of the Gorges Rd crossing at Freestone Creek was a matter for locals as it was not considered to be a formal road crossing.

“It is not a council owned road because it is not a road,” the spokesperson said.