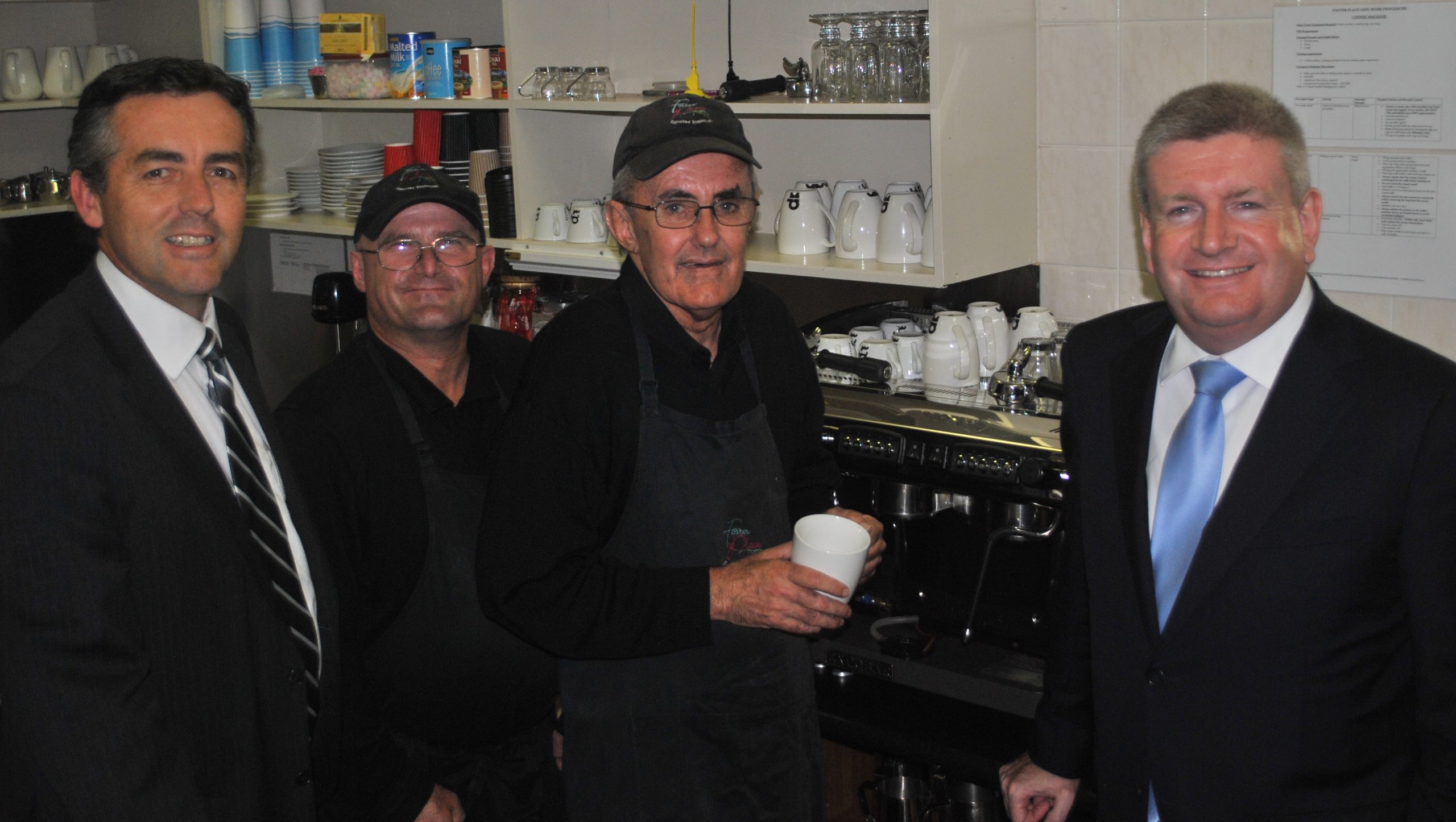 REGIONAL Carer Networks and the National Disability Insurance Scheme were among the discussion points during Disability, Carers and the Voluntary Sector Shadow Minsiter Senator Mitch Fifield’s visit to Gippsland on Monday.

During his visit to GCA, president Jean Tops implored Senator Fifield to ensure his policy makers committed to funding Regional Carer Networks, and choose Gippsland Carers Association as a pilot exemplar for the networks.

“Gippsland Carers appreciates the opportunity to make positive recommendations for the increased levels of support to the Caring families of Gippsland and beyond,” Mrs Tops said.

“Senator Fifield agreed that our proposal for a Regional Carers Support Network which will include “Carer Champions” as an outreach service would be extremely beneficial in supporting family carers into the future.

“He said that he would be happy to discuss our proposal with his colleagues in Canberra.”

Mrs Tops also said there were strong arguments for immediate action on NDIS.

“Too many people, overwhelmed by the demands of their caring role and seeking help, are often turned away by government providers with a curt, ‘We have no funds, so we can’t help you’.”

Mrs Tops called for a Coalition pre-election commitment of $4 billion to roll out the NDIS as a first order priority if elected.

Senator Fifield suggested that funding for an NDIS would be dependent upon the state of the finances of the government.

Senator Fifield also visited Sale Specialist School, meeting representatives who were pressing the need for a location for a new school.