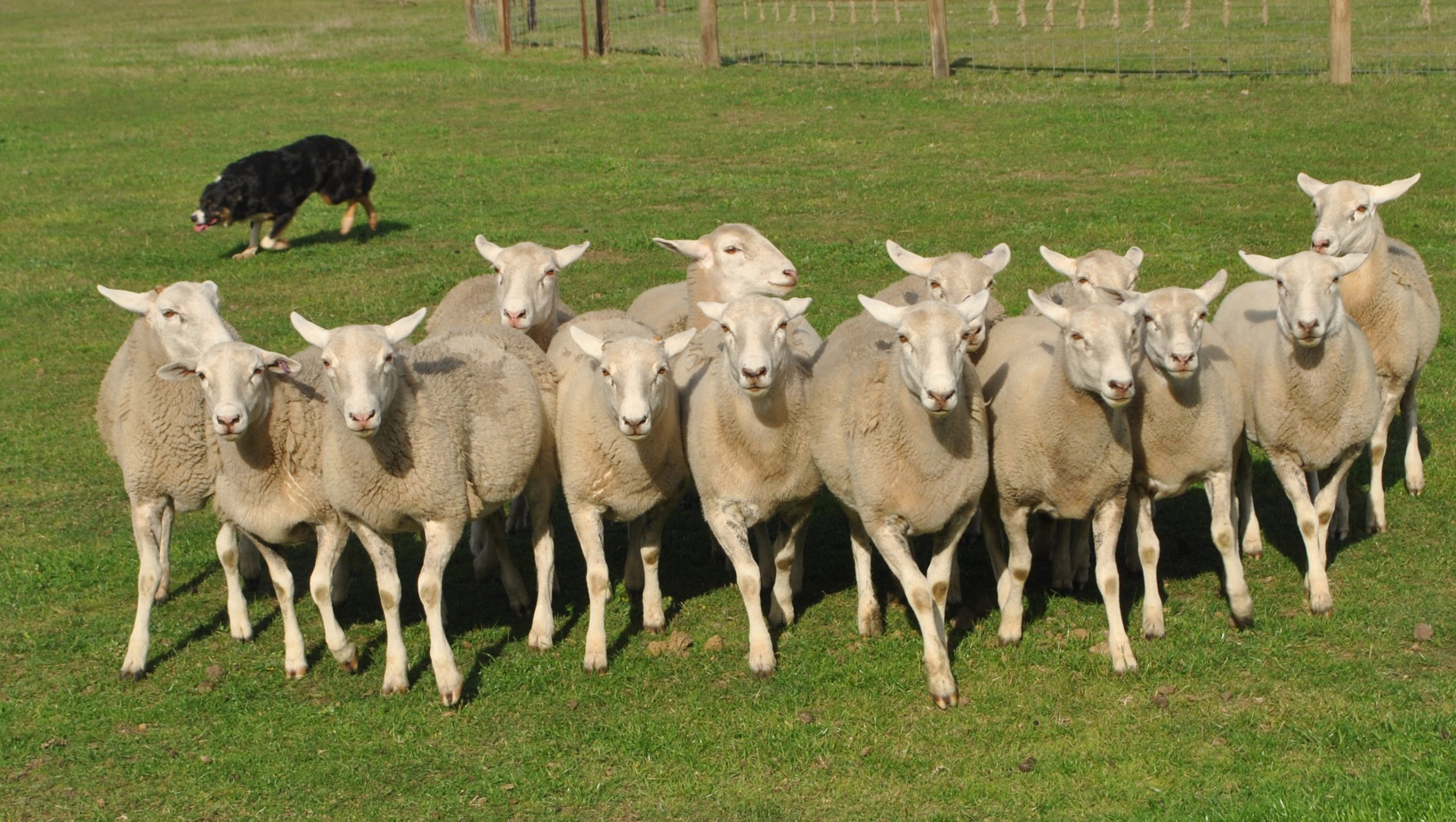 VICTORIAN farmers with small teams of working dogs have unwittingly become the innocent victims of the Napthine government’s crack-down on puppy farms, according to Gippsland working dog breeder Kathy Gooch.

In 2012, amendments to the Domestic Animals Act 1994 prescribed that anyone with more than two fertile bitches and who sells pups needs to register as a ‘domestic animal business’ with their local authority.

Registration as a domestic animal business requires compliance with the Code of Practice for the Operation of Breeding and Rearing Establishments.

Mrs Gooch said many Victorian farmers who had working dogs were likely to have more than two fertile bitches in their teams. She said many of these farmers would also breed the occasional litter of pups as part of their succession plans for their dogs.

These farmers now fell into the same category as puppy farmers and should register as domestic animal businesses and thereby comply with the code.

“The fact that you can’t use a dog for stud after they’re seven years of age is ridiculous.

“We just brought over this male Border Collie from Ireland, so I spent in total $12,000 to get this dog on the ground in Australia.

“Most working dogs don’t even come into their own until they’re six anyway.

“This is telling me that I can’t use that dog for stud after he is six years of age.

“Why? There is no logic behind it, I mean what’s the reason?

“He is just now proving himself, coming into his own, and he is fit and healthy at six.

Among other proposed changes, males and females must not be housed or exercised together, toys must be disinfected weekly in the dishwasher and dogs may not be exercised on grass or dirt.

“You have to exercise your dogs on a surface which can be easily sterilised, disinfected and will not contain parasites, so that rules out grass and dirt, that leaves cement.

“Running on cement their legs break down, they get arthritis in their joints.

“It’s not healthy mentally or physically for dogs to be exercised on a concrete surface, so that’s ridiculous.

“The restrictions of not being able to run bitches and dogs together, doesn’t make sense at all.

“Bitches are the worst for fighting amongst each other anyway.”

Mrs Gooch said a petition would be circulated around local feed and dog supply stores, and urged people to make a submission to DEPI before the May 13 cut off date.

“It’s upsetting because they snuck this in.

“I think it was about three weeks ago we read a little tiny piece in the Stock and Land that said new draft code was going to posted on the DPI website, and it wasn’t in there at that time.

“So then the new article came out in the Stock and Land said it was up and the working dog breeders were upset about it and the new code was up.

“So we immediately looked at the code and found that we only had til May 13 to put in our submissions, so they have had a year to do this and are giving us no time to reply.

“So that’s a bit upsetting as well, and the fact that the regulatory impact statement says these working dog groups were consulted; well they weren’t.”

Mrs Gooch called for a separate working dog code, saying that most animal rights group such as RSPCA had jurisdiction to punish establishments that were mistreating animals.

“You know you have got to have some common sense come in to this, granted we do agree that there should be a code of practice for working dogs because not all working dogs are kept in the best of circumstances,” she said.

“The only thing that I will say is good in here is the fact that they require genetic testing on dogs before they are bred; that’s something I believe in.

“But as a member of the International Sheepdog Society, I am required by their code to DNA test my dogs anyway before they are bred so that’s already covered.”

“People on farms, we are already getting the short end anyway,” she said.

“I don’t have time to sit out there and document how many times my dog poops or pees or lifts it leg or looks unhappy or whatever.

“A written retirement plan, they will have us paying superannuation for dogs soon.

To make a submission, visit www.dpi.vic.gov.au/pets/about-pets/breeding-and-rearing-code-review-public-comment or for more information like Victorian Working Dog Owners Against 2013 DPI Code Of Practice on Facebook.