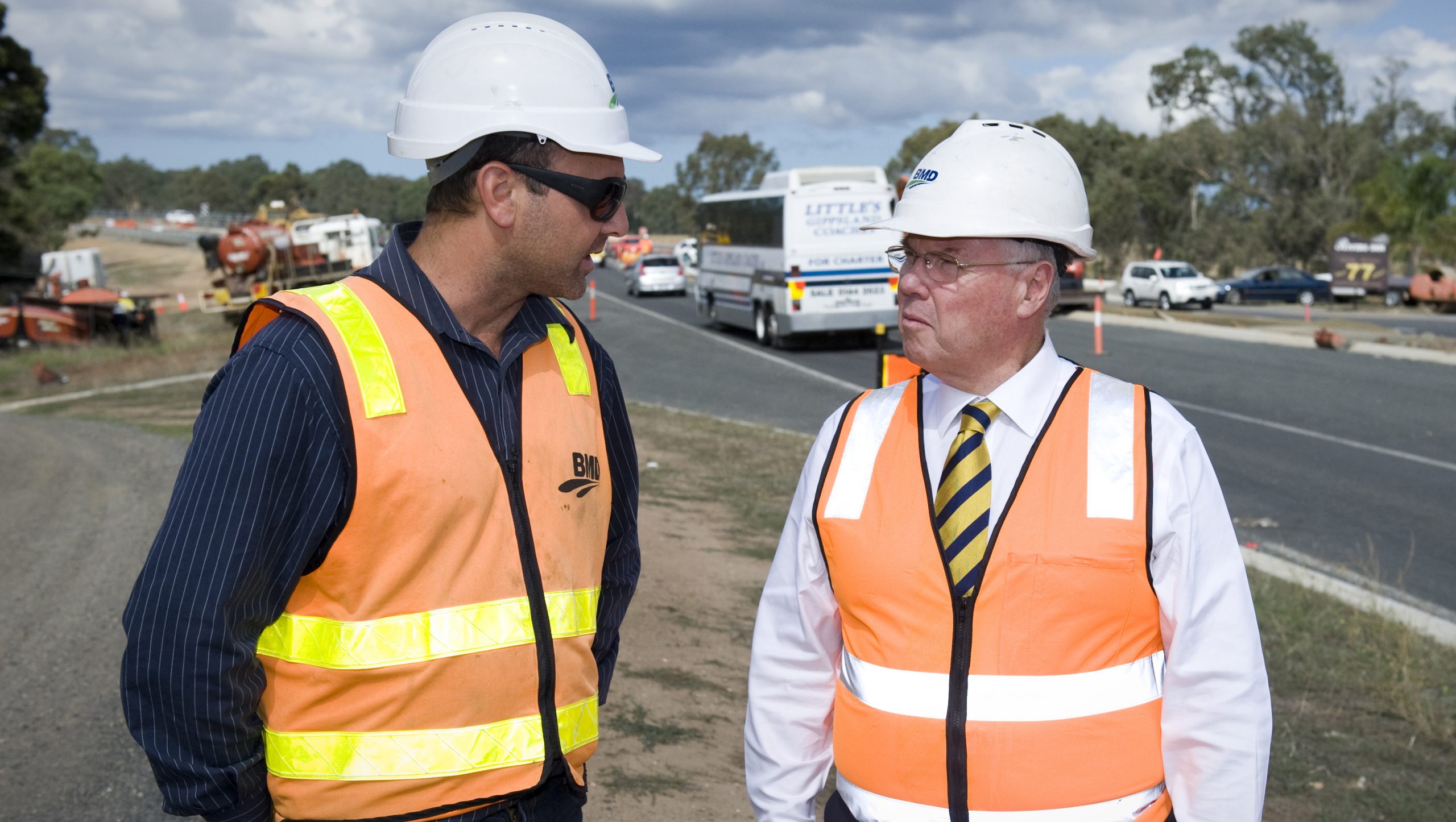 EASTERN Victoria MLC Philip Davis is urging the Federal Government to confirm funding for the completion of the Princes Highway duplication in its budget.

Mr Davis said the duplication of the Princes Highway between Sale and Traralgon remained a key infrastructure project.

A contract is set to be announced for work to begin on a section of the road at Traralgon East.

This represents the third of six sections of the road to be duplicated on the Princes Highway.

Mr Davis said the Federal Government must confirm funding for completion of the project and hoped it would do so in the federal budget next Tuesday.

“In February 2011 the federal funding allocated for the duplication was diverted to Queensland following the floods, Mr Davis said.

“The onus is now on the Federal Government to commit to finish what it started with this project.”

Mr Davis said more money would be needed to complete the works between Nambrok and Sale-Heyfield Rds, and Victoria had made a further submission for funding to Nation Building 2.

“It’s now a question of whether the federal funding is available to complete the first half and facilitate the second half of the project,” Mr Davis said.

He said the Princes Highway was the primary route between Melbourne and Gippsland, playing a vital role in supporting local tourism and service industries as well as access to the RAAF Base, East Sale.

“The original commitment to duplicate half of the 43 kilometre road was $175 million, with $140 million committed by the Commonwealth as part of Nation Building 1 and $35 million by the Victorian Government,” he said.

Mr Davis said the first stage at Traralgon East was finished in 2011, with construction on the Wurruk to Sale section set to be completed soon.

“VicRoads expects construction work to commence mid this year on the third section, duplication between Traralgon East and Minniedale Rd,” he said.

“The next stages of the project already committed to include the construction of dual carriage-way from Flynn to Rosedale, then Rosedale to Nambrok Rd.

” The current duplication between Sale and Wurruk will be extended westwards to Sale-Heyfield Rd.”

Mr Davis said the state government had put processes in place in order to meet the revised completion date of 2016.