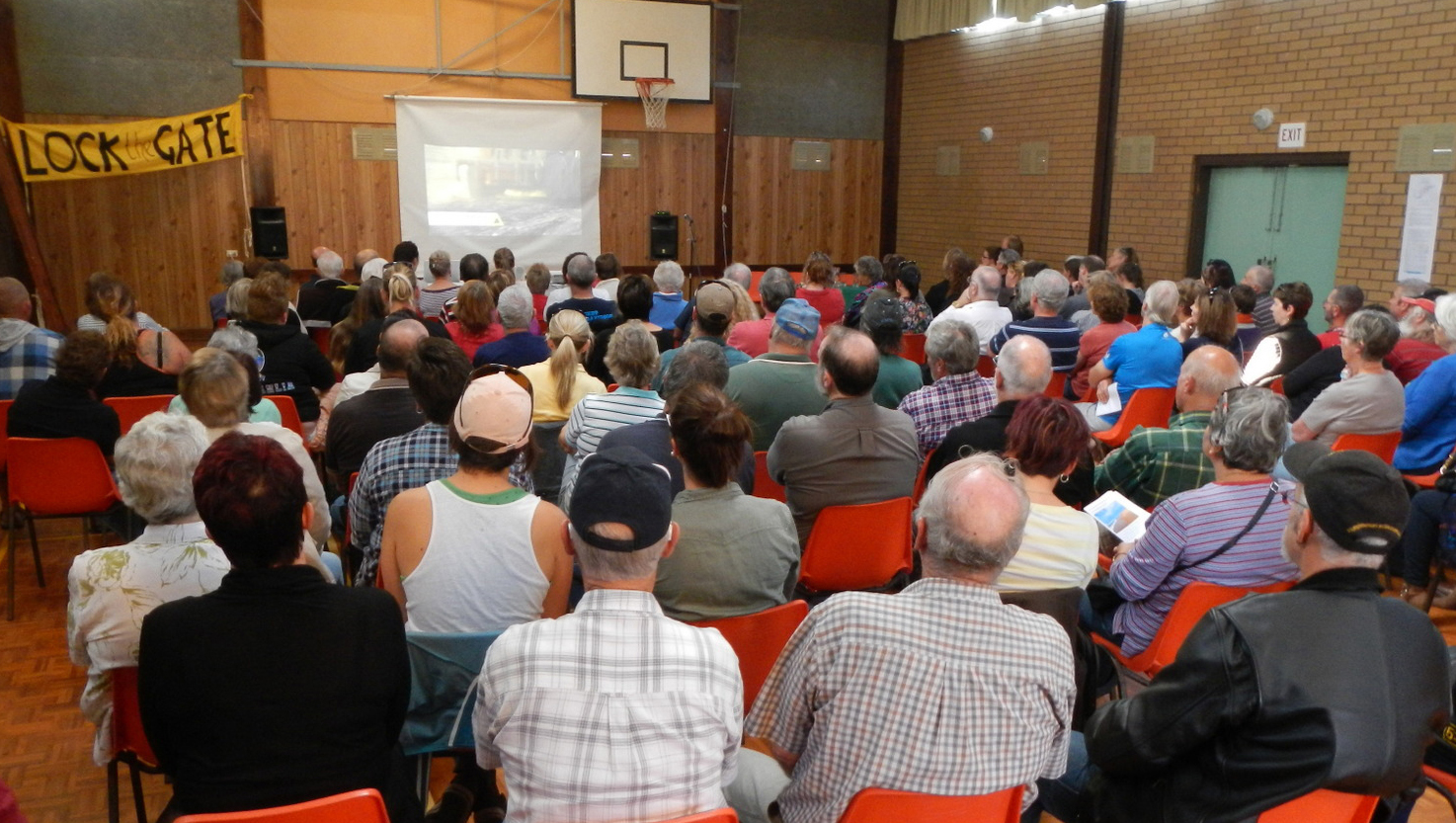 LAKES Oil has been accused of going into overdrive in preparation for the end of the state government’s moratorium on fracking by CSG Wellington Awarness Group.

“They have multiple drill pads prepared near Seaspray and one in Longford, with pipes piled ready to go,” Dr Jo McCubbin said.

Seaspray Hall was filled to capacity for a public meeting on Saturday, and Dr McCubbin said it was quite evident the farmers and residents of the Seaspray district, were extremely concerned about the disruptive changes unconventional gas mining would bring to their lives.

“We grew up swimming, fishing and playing in Merrimans creek and want our children to do the same. We are not willing to give this privilege away and let them put in gas wells all around us,” local, Kirra Boulton said.

In its most recent quarterly report, Lakes Oil talks about unexpected, upwards migration of oil, in its Wombat field, through fractures deep in the geology.

“However, they conveniently seem to downplay this risk when planning hydraulic fracturing for tight gas,” Dr McCubbin said.

Monash environmental engineering academic Dr Gavin Mudd said there was little difference between the impacts of CSG and Tight Gas.

“There is a quirk to Victorian Law which means that Tight Gas is licenced under Petroleum legislation whereas CSG and shale gas are considered mining. Whilst the debate continues over poor regulation and lack of environmental protection for CSG extraction, Tight gas, under the Petroleum Act, has slipped under the radar and has even less regulatory oversight.”

The petroleum legislation means that the community has no opportunity to comment or negotiate on the conditions for management of each well and its infrastructure.

CSG WAG spokesman Morgan Knoesen said the inadequacy of regulation was a recurrent theme in the discussions that followed Saturday’s presentations, with the advice given that the only action citizens could take, was to refuse access to their land.

“These unconventional mining techniques will change our rural landscape forever and deplete our aquifers even faster. We need to ask ourselves whether this is the future we want, or whether we’d rather take an alternative path to a saner, cleaner future,” Mr Knoesen said.

“It is imperative that baseline studies of air quality, water quality and human health be conducted prior to further development or activities occur in Victoria. Health studies may include, blood, hair, DNA and urine samples. Without this data, scientist and doctors are unable to track changes in the environment and human health. Failure to legislate a requirement for independent baseline studies is a total failure of government.”