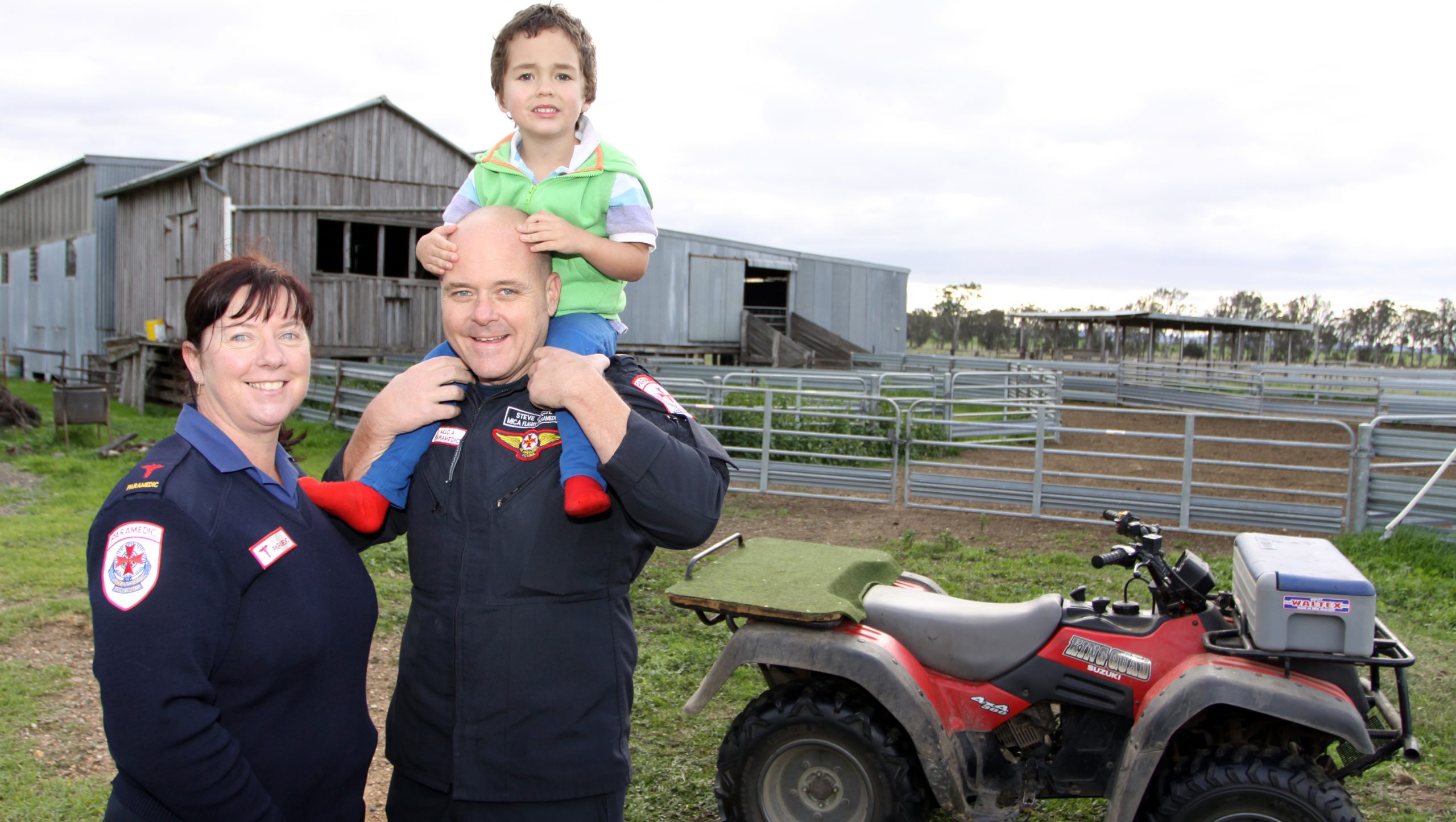 THE parents of a three-year-old boy critically injured in a freak quad bike accident in east Gippsland last month have thanked the paramedics who saved the boy’s life.

On April 29, William Davidson was with family on a property at Walpa when he climbed onto a parked quad bike.

Spotting William on the bike, a relative removed the ignition key to prevent the bike from moving. Without warning the bike rolled down a steep embankment, taking William with it.

Advanced life support paramedics from Bairnsdale, a single responder intensive care paramedic and the Air Ambulance Helicopter from the Latrobe Valley were called to the property.

Intensive care flight paramedic Steve Grove said William suffered critical chest and internal injuries. He was sedated so that paramedics could take over his breathing.

“Putting William on a ventilator meant we could ensure he was getting enough oxygen to his brain and vital organs,” Mr Grove said.

“He had pressure in his chest from his injuries and his lung had partially collapsed so we performed a procedure to clear air trapped in his chest wall.

“Critically ill, William was given fluid through a drip to stabilise his blood pressure and a blood transfusion using blood now carried on board the helicopter.

“On the way to the Royal Children’s Hospital we landed at our base in Traralgon to carry out further treatment and to pick up a second intensive care paramedic.”

William went home from hospital 10 days later and paramedics Steve Grove and Pauline Barnes met up with William and his family at home. William’s mother Claire Davidson is an emergency department nurse at Bairnsdale Hospital and was thankful for the paramedics’ efforts.

“Words just can’t explain how appreciative I was of their skills. How do you thank someone for saving your son’s life?

“That was the worst bit just knowing too much. Ignorance is bliss and I knew what was happening the whole time. I knew what we were up against and what could possibly happen.

“So many things went right for William that day. It was just a totally unpredictable thing it was just a freak accident,” Mrs Davidson said.

Intensive care paramedic Steve Grove said it was great to see William up and about.

“It’s fantastic to see him back to being a normal three-year-old. It’s absolutely wonderful,” he said.

“I was extremely concerned as he was very unwell so just seeing him now is fantastic.”

Paramedic Pauline Barnes knows William and his family and spoke to William’s mother over the phone from the scene of the accident.

“William had an accident that had a huge potential for injury and to try and relay that information to Claire over the phone was very difficult,” he said.

“It’s an unbelievable outcome, a good result for everyone.”