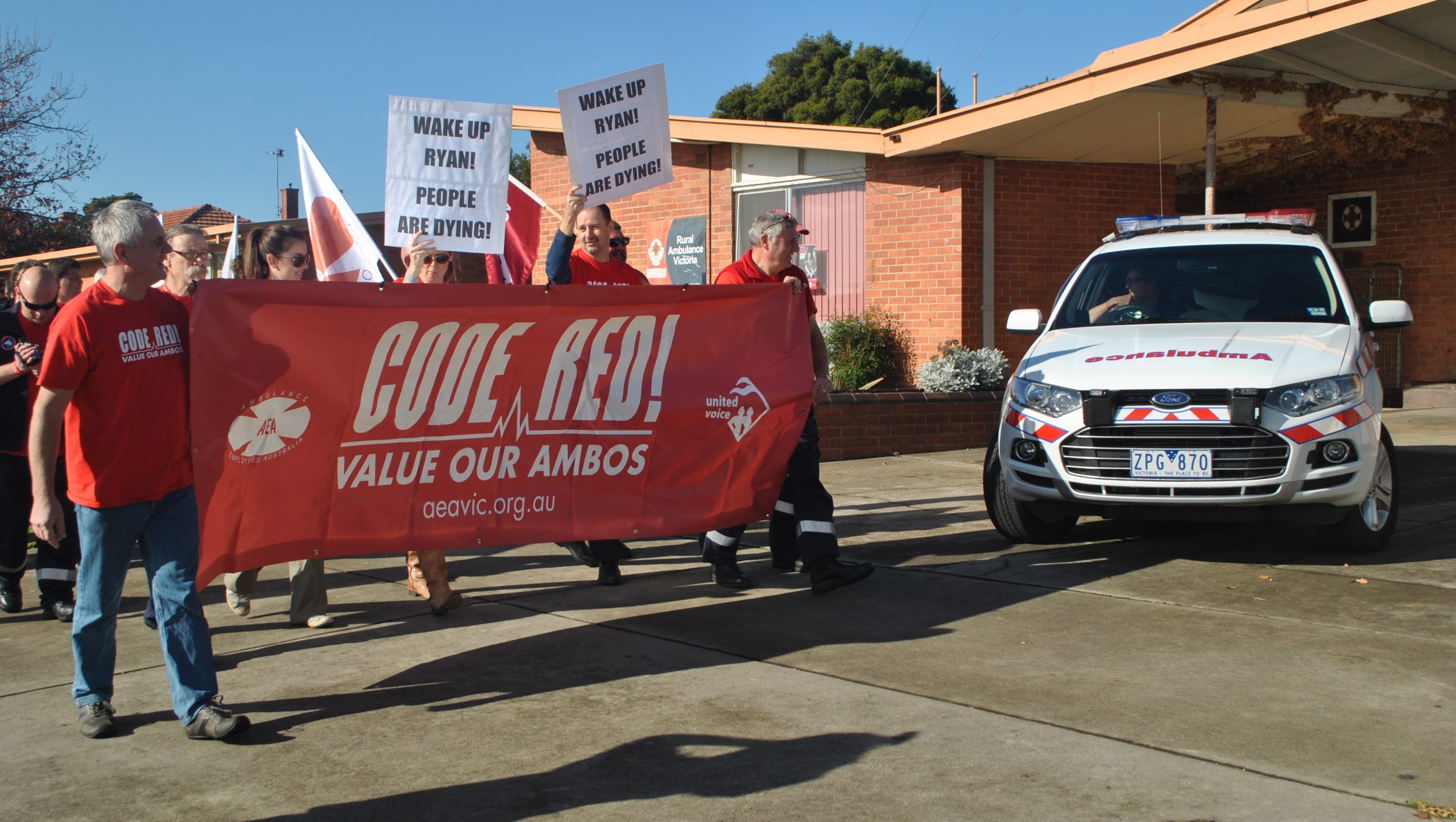 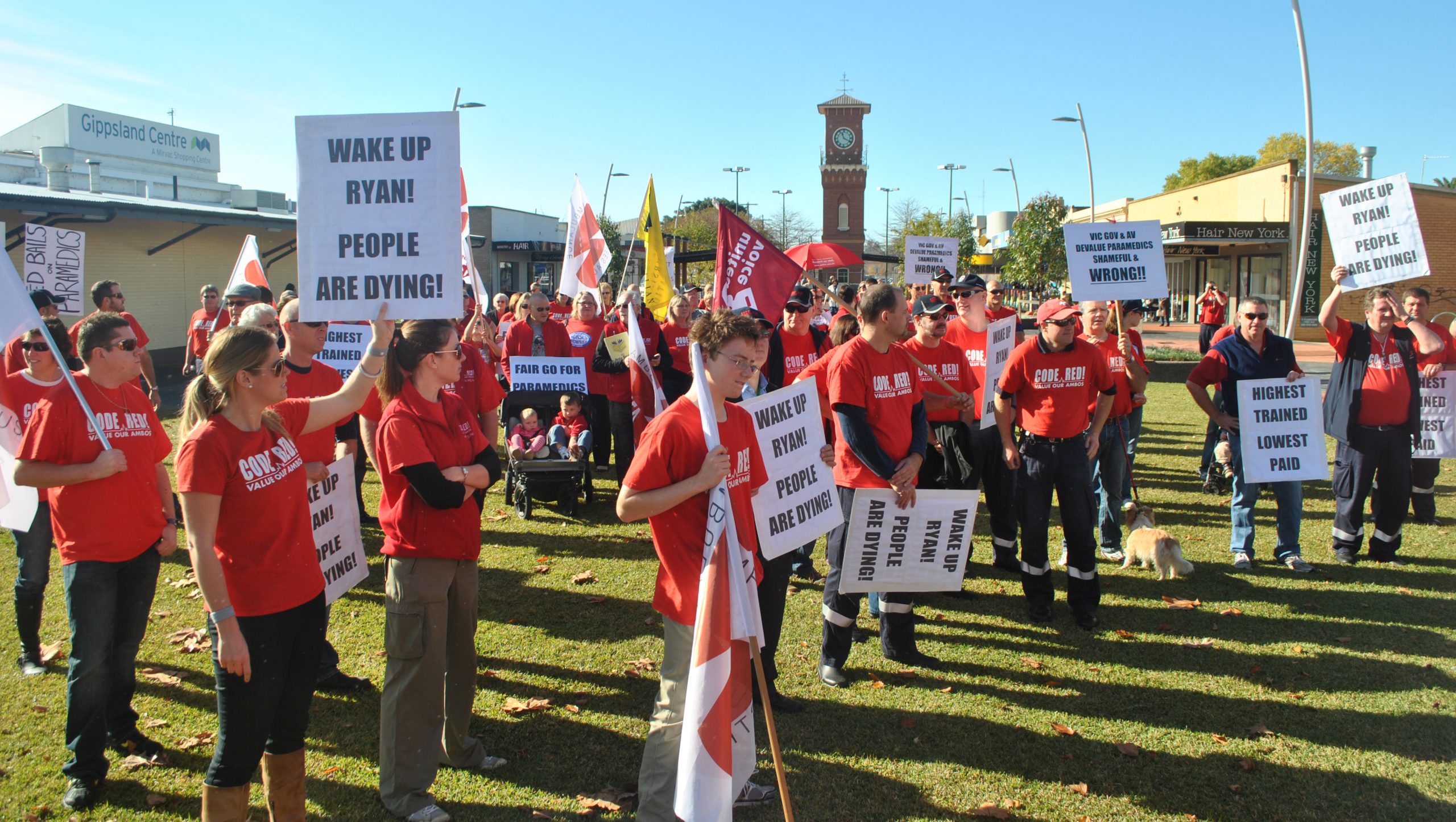 PARAMEDICS from across Gippsland and as far afield as Sunbury banded together in Sale on Friday to rally and march in the fight for better wages and conditions.

Nurses and members of the community joined the march in solidarity, with the crowd of 100 gaining plenty of attention as they marched down Macalister St, with Sale College students gathering at windows to watch on.

The march, conducted with a police escort, progressed down Raymond St before gathering in the clocktower mall and descending on the office of deputy premier and Gippsland South MLA Peter Ryan, where an open letter to Mr Ryan was presented.

Union delegate Bernard Goss said the ambulance service was in crisis, with ambulances ramped at hospitals and shifts left unfilled.

Mr Goss called for more ambulances to be put on the road.

“You hear the government say we are putting on new paramedics.

“That might be true, but the trouble is there’s more than 280 paramedics that have actually left the service,” Mr Goss said.

“The only way we are going to cover these jobs is put more ambulances on the road and more staff to staff them.

“In a lot of areas, we are still working rosters that were designed 30 years ago when the workload was a lot less.

“There is no system to replace the ambulances taken out of the area to actually cover the public and we should be enraged about it.

“Don’t be fooled, Sale itself can be left unattended for hours at a time.”

Mr Goss said loss of experience meant students just out of university were often called on to work together, and said the government was refusing to negotiate in good faith.

“Both the ambulance service and the government are pretty much refusing to negotiate any further, so we are at a stalemate,” he said.

“Basically we are trying to get a substantial result because Victorians are pretty much the highest trained and we are actually the lowest paid.

“The latest offer we have received, equates to $1 a week.

“Our enterprise bargaining has been going on since August.

“The government doesn’t want to negotiate in good faith.”

Mr Goss implored the public to get behind the cause and write to Mr Ryan.

“We work in a highly stressful job.

“We might not be stressed every day, but the requirements of us, knowing our drugs, protocols and driving in emergency situations, turning up at people’s houses that can be violent, abusive — we need those holidays and we need that sick leave.”

General secretary for Ambulance Employees Australia Steve McGhie said code red (lights and sirens) response times were the worst they had been, with ambulances ramped at hospitals for 13,000 hours a year.

He said every key performance indicator had gone backwards since the Coalition came to government.

“That equates to 18 ambulances being off the road for every hour, every day of the year,” Mr McGhie said.

“No wonder they can’t meet their response times.

“If that happens, we won’t have an ambulance service.”