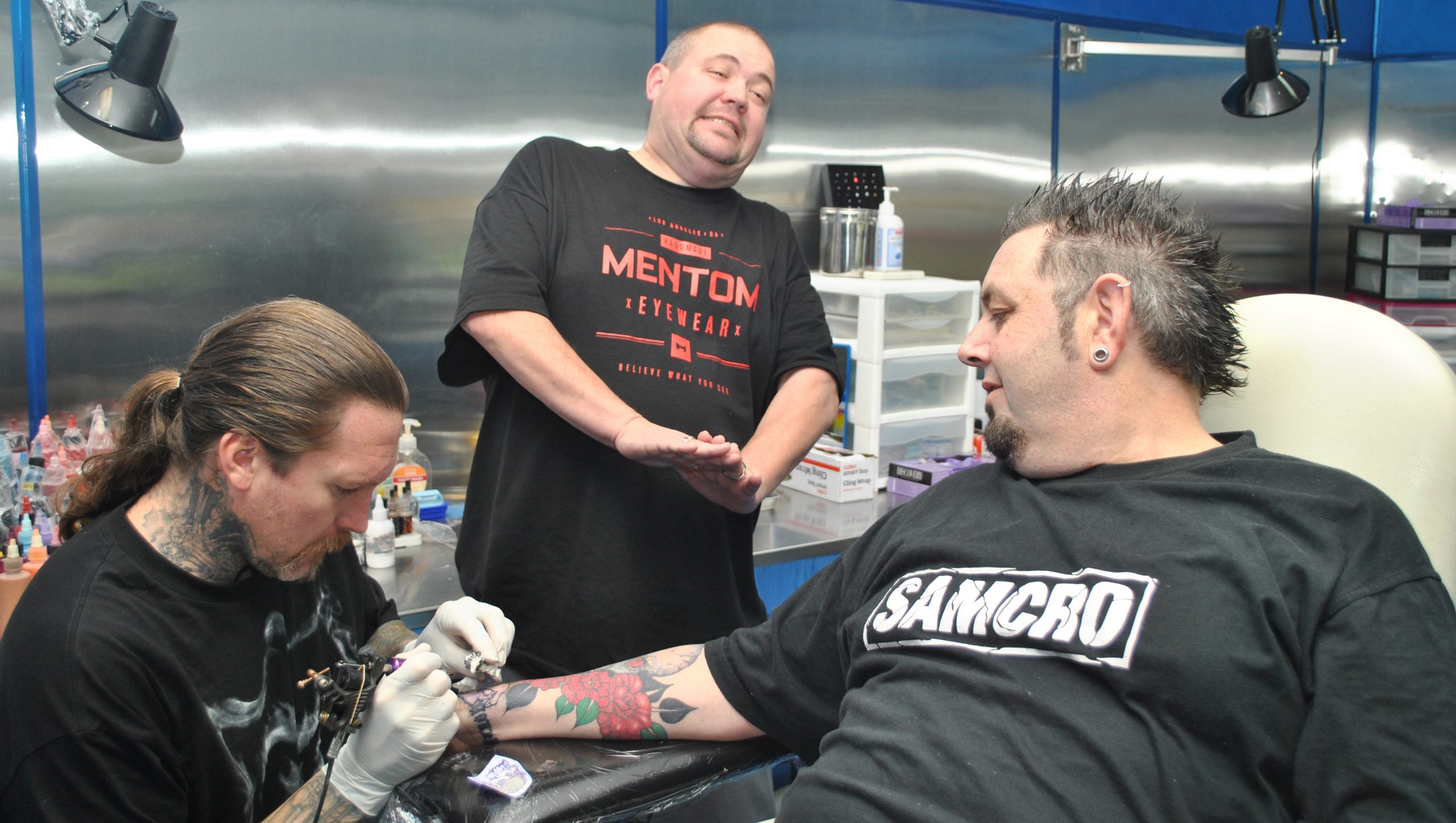 THE original Crusty Demons Spoken Words tour concluded in Sale with a show at the Club Hotel on Saturday night.

Bubba said they had been in Australia for a tattoo show and the Spoken Words tour.

“Both have worked together, promoting each other.

“In our show, we have a video package of 20 years of Crusty Demons.

“There’s about six or seven of Seth’s big crashes, Seth’s world record jump on a Harley Davidson, our failures and successes.

“It’s a chance for the Crusty fans to ask questions like what gear were you wearing, and what was he thinking when he crashed there.”

Bubba said the tour was a chance to touch base with fans in regional areas.

“The Crusty Demons tour keeps us busy, so we haven’t had a chance before,” he said.

“We are not touring at the moment, so we are giving back to the fans and getting up close and personal.”