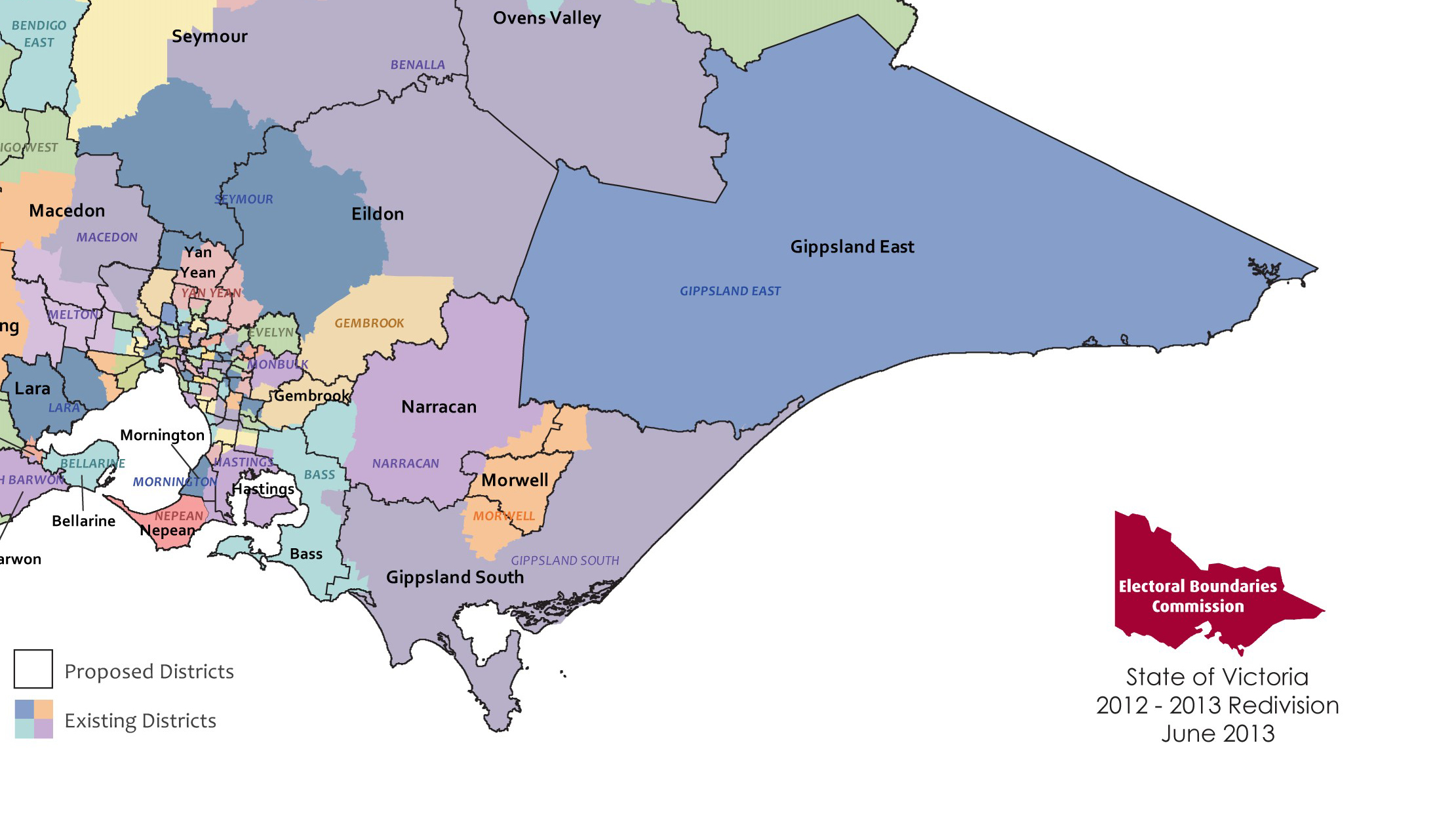 CHANGES have been proposed for the state electoral districts of Gippsland South and Morwell.

Under the proposed changes, the rural areas of Boolarra, Yinnar and Cowwarr would change from the Morwell district to Gippsland South, currently held by Deputy Premier Peter Ryan.

Inverloch would also come into Gippsland South from Bass with Nyora and Loch going the opposite direction.

Other proposed boundary changes include the seat of Morwell, held by the Nationals’ Russell Northe.

The EBC considered the redivision an ideal time to include the Latrobe Valley’s major centres with Moe and Newborough changing from Narracan.

With the boundary change, the EBC also proposed changing the name of the district to Latrobe Valley or Gippsland Central.

With Gippsland East, currently held by the Nationals’ Tim Bull, close to the average population for a district, no boundary changes have been proposed.

The EBC has been conducting a redivision of electoral boundaries for both houses of State Parliament to ensure that each vote in Victorian State Elections has an equal value and that each elector is represented equally in the parliament.

The proposed boundaries can be downloaded from the EBC website, www.ebc.vic.gov.au, and are also available for public inspection at municipal council offices.

Any person or organisation may lodge a written suggestion or objection about the proposed boundaries with the EBC. The deadline for suggestions or objections is July 29.

These boundaries will take effect at the 2014 State Election.