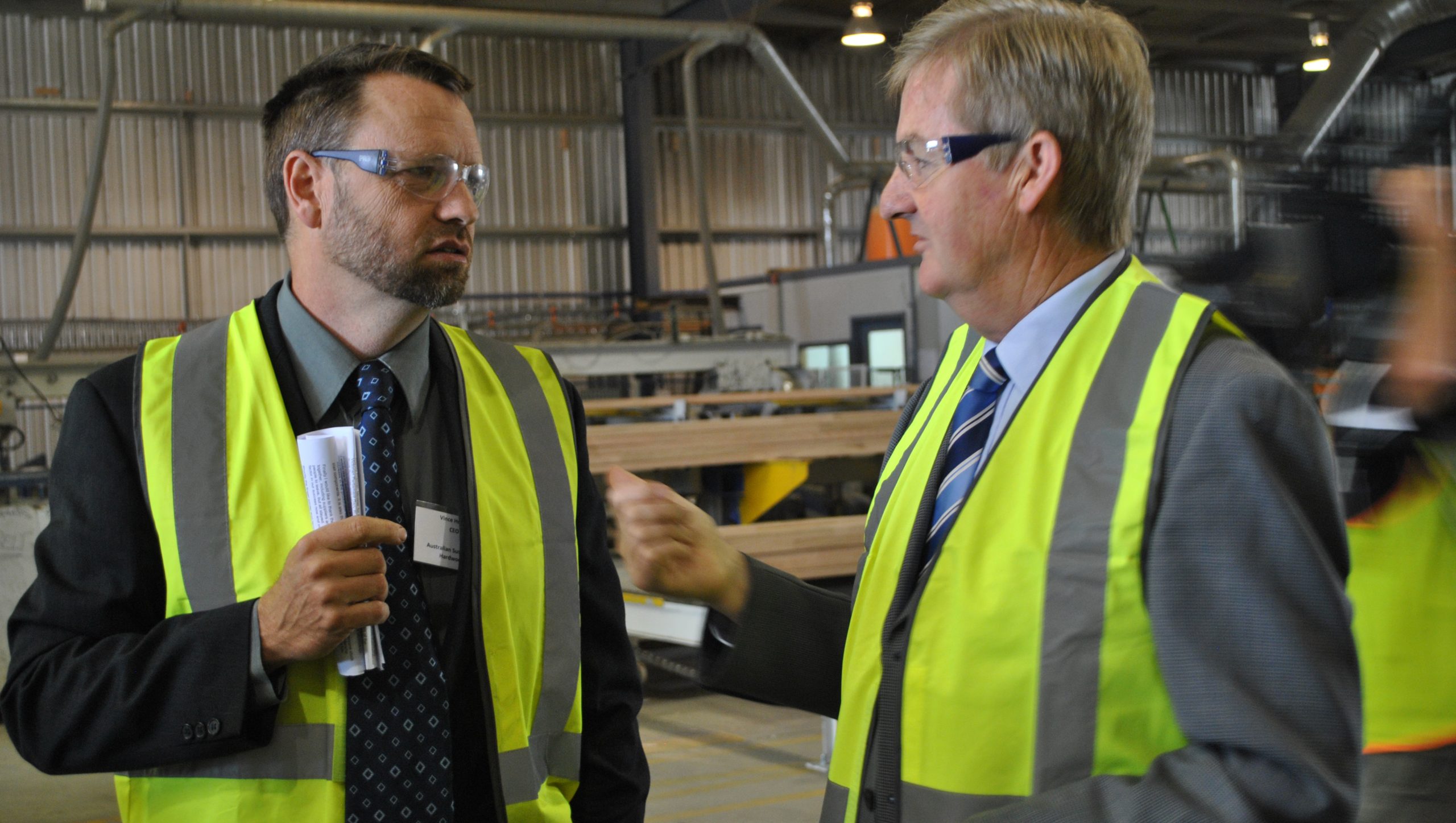 AUSTRALIAN Sustainable Hardwoods (ASH) at Heyfield will be able to push ahead with fresh investment now that the state government has put in place new timber legislation.

ASH chief executive, Vince Hurley, said without the long-term guarantee of supply, ASH could not invest in further manufacturing and value-adding.

“Without continually improving and investing in equipment to manufacture components, ASH will be uncompetitive with imports,’’ he told the Gippsland Times.

ASH is the largest hardwood sawmill and processing site in Australia. It manufactures products for the window and door, staircase, furniture and cabinetry sectors, and supplies flooring, architraves and structural components to timber merchants and builders. The company directly employs 220 people, while its customers in Melbourne employ 22,000.

Mr Hurley said the competing imports were nearly all from uncertified sources. VicForests’ native timber, in contrast, was audited and certified under the international certification body, PEFC.

PEFC, which has the most forest certified in the world of all the certification systems, stipulates that forest management practices must be sound in relation to flora, fauna, soil, water, biodiversity and regeneration to ensure that trees grow back.

VicForests’ latest resource outlook, which includes the impacts of the huge fires of the past decade, makes only six per cent of Victoria’s 7.8 million hectares of native forest available to industry.

VicForests operates on an 80-year rotation, which means that no more than one 80th of the six per cent is harvested and regenerated in one year.

The chief executive of the Victorian Association of Forest Industries, Lisa Marty, said the reforms did not change the amount of forest available for timber production, but were essential for the future of timber manufacturing and thousands of jobs in Victoria. The longer-term contracts gave business the confidence to invest and innovate, she said.

“The THOL system duplicates occupational health and safety standards required by the Occupational Health and Safety Act 2004,” he said. “Its removal will save individuals and businesses an estimated $280,000 per annum.”

Mr Hurley praised Gippsland MPs Tim Bull and Peter Ryan, whom he said were instrumental in enabling the legislation.