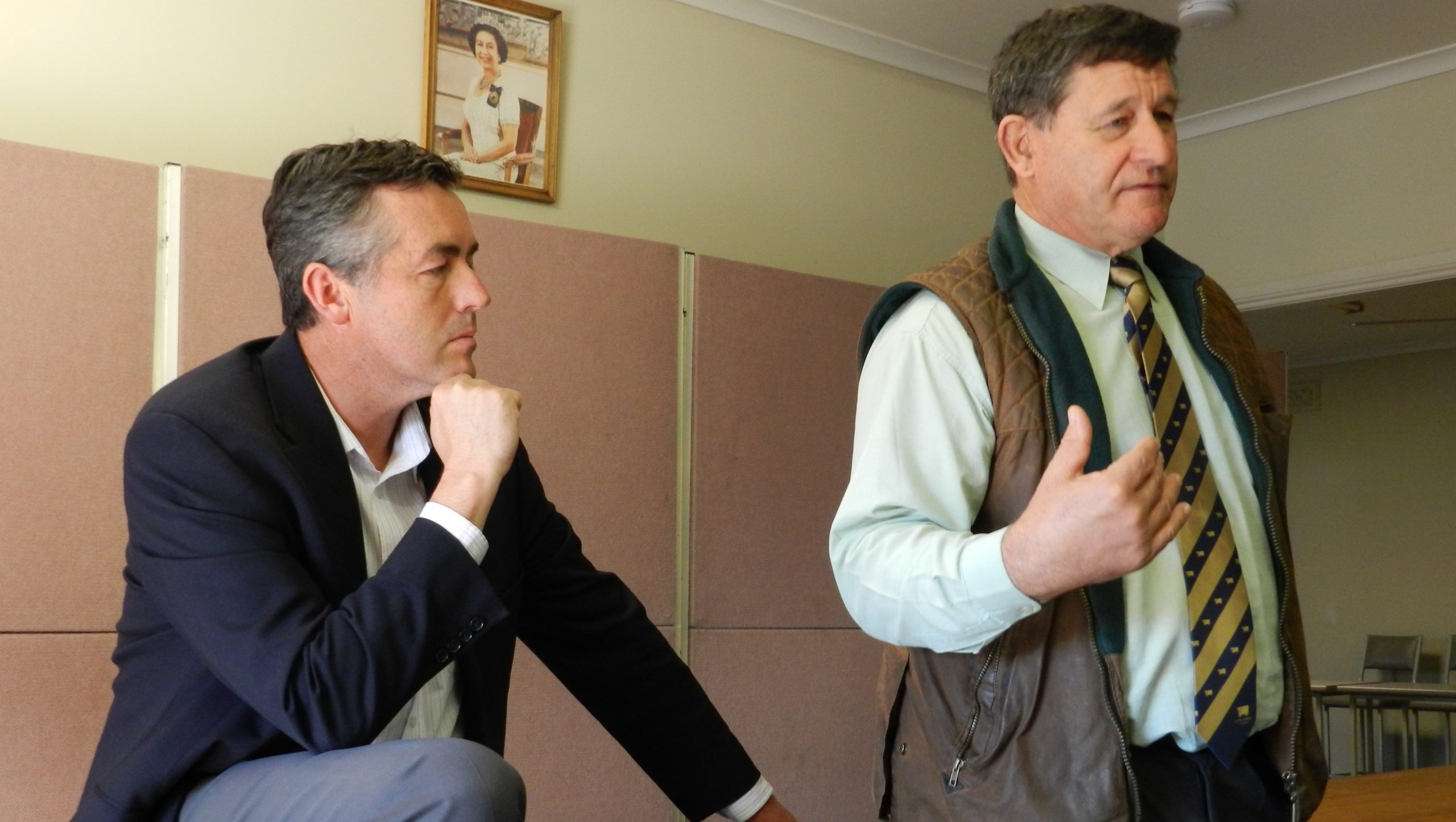 FEDERAL Shadow Agriculture Minister John Cobb has promised a brighter future for the agriculture industry should the Coalition win government at the election, vowing to cut business costs and return profitability to the sector.

Speaking at a public meeting hosted by the Victorian Farmers’ Federation in Stratford on Thursday, Mr Cobb said while morale wasn’t good, agriculture was “one of those things that underpin the whole Australian economy”.

“Whether it’s Tony Abbott, or its Warren Truss or it’s Darren and I, we are all committed to the fact that it has to be in people’s minds, because in fact it is one of those enormous five pillars in which we are going to re-construct the Australian economy,” he said.

“And that comes down to one word in my mind for all of us, and that is the word profitability.

Mr Cobb said a Coalition government would abolish the carbon tax in an effort to cut farmers’ costs.

“We don’t have a great ability as a government to do a lot about what we get paid for wheat, vegetables; whatever it might be,” he said.

“We do have an ability to deal with the cost of doing business and we are very determined to look at that.

“Obviously we are going to get rid of the carbon tax.

“We worked out for a dairy farmer with 200 cows, basically for at least one week of the year, a bit more actually, you have all the costs of production for that week, but you get none of the income because the carbon tax takes it.

“So that’s an obvious way we can cut the costs.”

“If the people we sell to, the processors, the exporters, or whoever they might be, if they don’t make a quid, you can be damn sure we’re not going to either,” he said.

“We are committed to getting rid of the billion dollars a year, of that kind of cost.”

Mr Cobb said a Coalition government would also repair relations in Indonesia and the Middle East and look to set up trade agreements in China, Japan and Korea.

“Everybody who has a market alternative, overseas, is in a much better position of dealing with the big guys than we are,” he said.

“We are dedicated to re-facing it (agriculture).

“I’m talking about making people realise how important to the Australian economy (agriculture) is, and acting in concert with that.

“We do realise we have got to cut the costs of doing business, do a hell of a lot better with trade deals and getting access to markets overseas.

“My vision about agriculture is about profitability, but in particular, it is that every single commodity that we sell has a viable export opportunity and is not locked into the Australian market.”