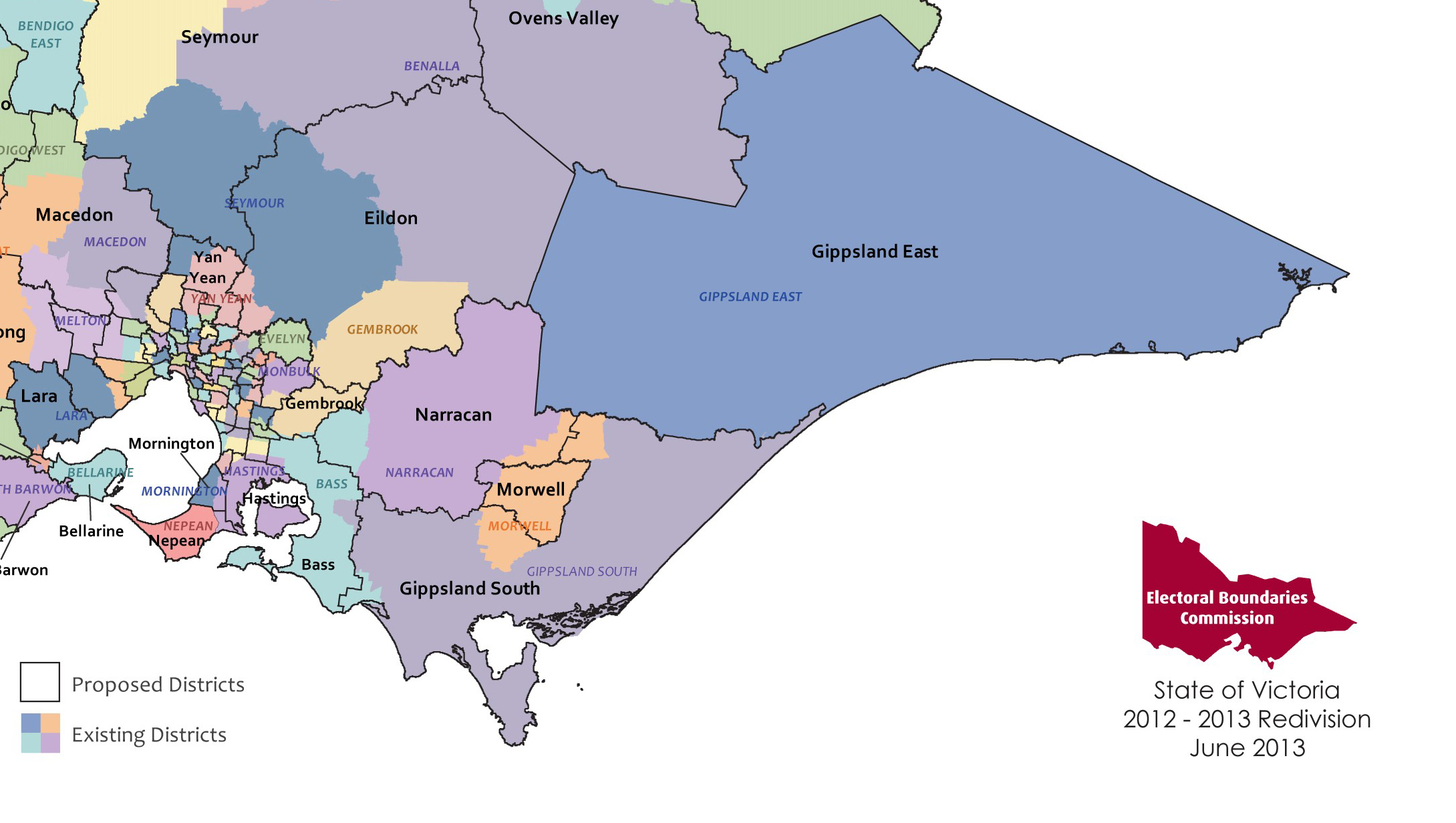 FEARING a cut in its margin in the Morwell district, the National Party has raised concerns about changes to state electoral boundaries in Gippsland.

In its submission to the Electoral Boundaries Commission, the Nationals said moving Moe from the Narracan district to Morwell at the expense of the Latrobe Valley’s outlying towns ignored the strong links communities like Glengarry and Boolarra had with Morwell and Traralgon.

Under the EBC’s proposed changes, the district of Morwell would encompass the Latrobe Valley’s major centres of Moe, Morwell, Churchill and Traralgon with a change of name to Gippsland Central suggested.

Yallourn North, Glengarry, Tyers and Toongabbie would become part of Narracan, while Cowwarr, Yinnar and Boolarra would go into Gippsland South.

Based on results from the 2010 election, the Nationals’ margin in Morwell would fall from 16.3 per cent with the current boundaries to 9.2 per cent under the proposed changes.

Morwell was won by Russell Northe at the 2006 election, ending Labor’s 36-year hold on it.

In its submission, the Nationals suggested most of the towns excluded from the Morwell district had close links to Morwell and Traralgon.

“While we have no objection to the inclusion of Moe into the Morwell electorate on the basis that it brings the centres of Latrobe City together, we strongly and ardently object to it at the expense of removal of the city’s smaller towns, each of them with the long established communities of interests,” the party submitted.

Under Victorian law, electorates should contain approximately equal numbers of electors, not varying by more than 10 per cent from the state average.

Because of connections to the Latrobe Valley, the Nationals proposed Rosedale, Gormandale and Mirboo North move from Gippsland South to Morwell.

The Nationals also stated issued with residents without a car visiting the office of their local MP.

“A resident living in Boolarra who requires public transport to commute is able to catch a bus to Churchill then on to Morwell to visit the office of the local Member of Parliament and return later in the day via the same service.

“Under the proposed changes that same resident would need to travel to Morwell then on to Sale via rail, however the timetable of the buses does not coincide with the one train a day that goes to Sale from Morwell, leaving the constituent with limited options to visit the office of their local Member of Parliament.”

The Nationals had no objection to calling the Morwell district Gippsland Central, but suggested Galbraith as an alternative name in honour of renowned local botanist Jean Galbraith, who left a lasting legacy through her work in identifying native flora in Gippsland.

Boolarra residents and members of the Yallourn North Action Group also made submissions objecting to the change of electorate for their town, pointing out Yallourn North had stronger links to the Latrobe Valley than to Warragul, which Narracan is based around.

Other changes proposed by the ESC for Gippsland South, currently held by Deputy Premier Peter Ryan for the Nationals by a margin of 22.5 per cent, include the addition of Inverloch from Bass with Nyora and Loch heading the other way. Under the change, the Nationals’ margin would be 21.3 per cent.

The Liberal Party also made a submission, suggesting Inverloch, Nyora and Loch remain in their current electorates alongside bigger nearby towns Wonthaggi and Korumburra. Bass is held by the Liberals’ Ken Smith.

Concerns about moving Inverloch from Bass were echoed in submissions from residents.

Gippsland East, held by the Nationals’ Tim Bull by 23.1 per cent, was one of only two electorates with no changes proposed.

Labor and the Greens did not include Gippsland electorates in their submissions.

Electoral boundaries will be finalised by October to take effect for the 2014 state election.