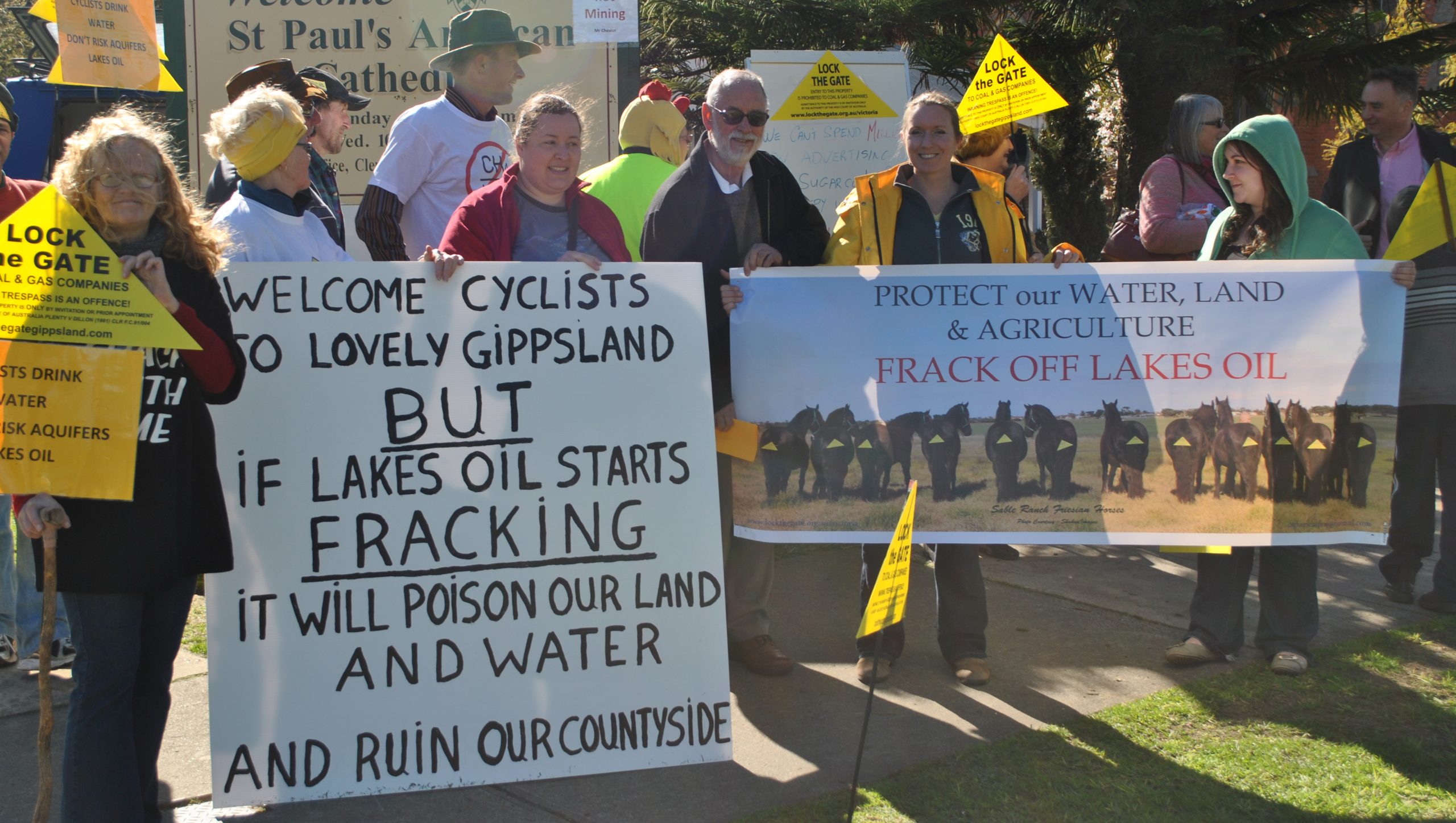 A SMALL group of activists used stage four of the Tour of Gippsland, in Sale on Friday, to voice their disapproval of coal seam gas and other unconventional mining in the region.

Their target was Lakes Oil, the major sponsor of the cycling series, with various Lock the Gate signs posted along the home straight into the first turn, where activists held signs of their own.

Cyclists seemed unperturbed by the silent protest, with earlier threats of using cable ties to fix Lock the Gate signs to competitors’ bicycles not carried out.

The protest follows a long standing debate on coal seam gas and unconventional mining in the area, with about 500 people attending a rally at Seaspray on Sunday, July 28 to make a 70 metre human sign on the beach to spread the “no gas fields” message.

The survey was prompted by Lakes Oil gas exploration company’s recent use of its licences for the area to test previously fracked wells, however the government’s later moratorium has placed any unconventional gas mining activity in the area on pause.

Supporters of a gas field free Seaspray would like this moratorium extended until research can be conducted into health and environmental risks of mining practices such as fracking in the local area.

The Australian Petroleum Production and Exploration Association has launched a multi-million dollar national campaign to highlight what it says are risks that threaten future jobs, investment and the next wave of the resources boom.

The campaign highlights that natural gas is a critical part of Australian life, and crucial to the nation’s future prosperity.

APPEA claims it will act as a wake-up call to politicians and energy consumers by showing what will be foregone if Australia’s next wave of gas projects fails to proceed.