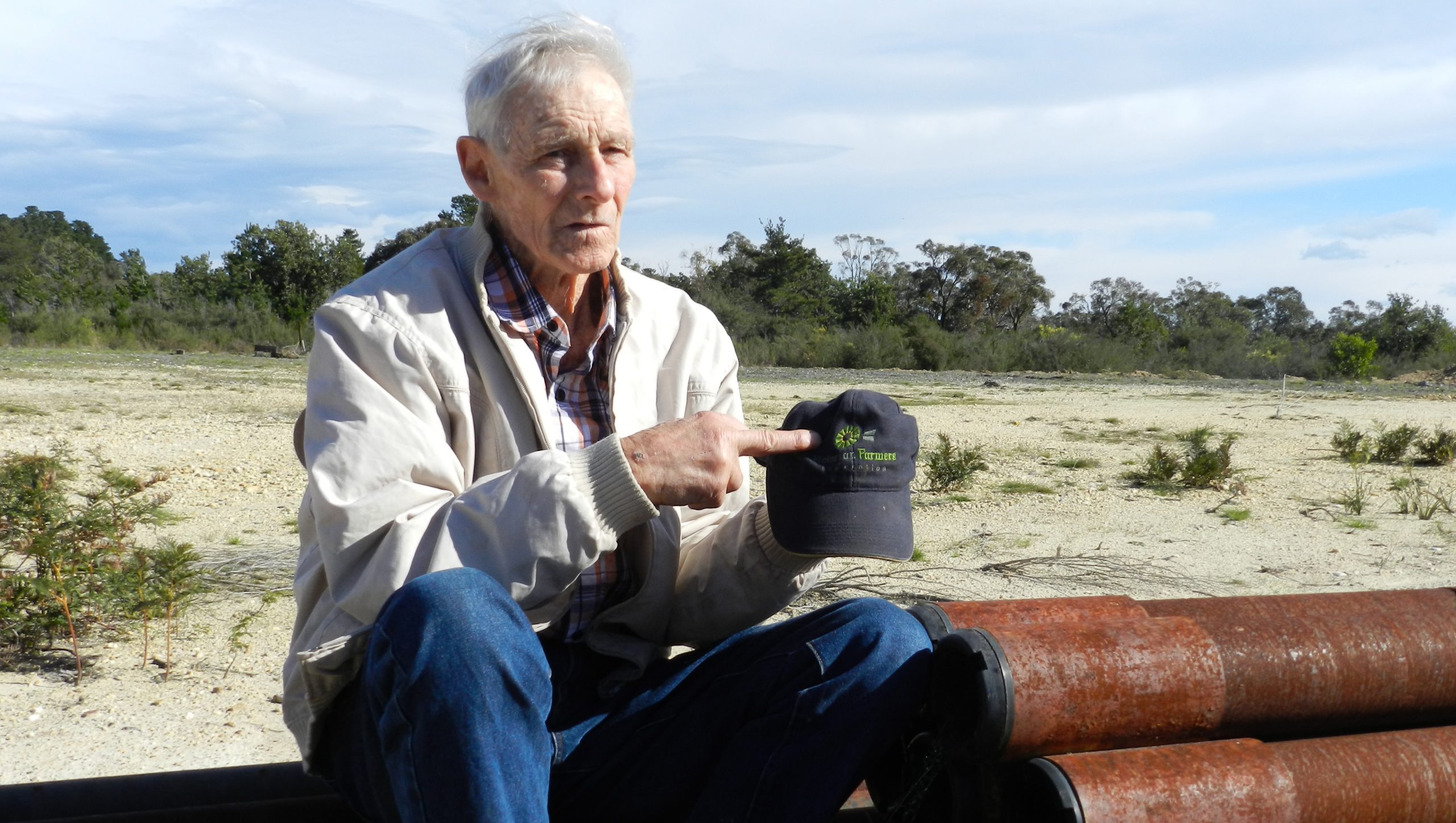 CONCERNS over unconventional gas mining in the local area have again surfaced, with John McLindin calling for Lakes Oil to stop activity and remove piping stored on his Merricks Rd, Longford property.

Mr McLindin estimated there was “about 1700-1800 metres” of piping stored on his property and said he had asked Lakes Oil to stop any mining activity on his property and remove the piping after hearing the concerns of local activist group CSG Wellington Awareness Group.

Mr McLindin said he originally agreed to Lakes Oil operating on his property “about eight or nine years ago” as he believed it would help local employment, but now wanted activity to stop and the piping removed after hearing concerns about possible impacts on underground water.

Lakes Oil also has an oil well on his property, just metres from where the piping is stored.

Mr McLindin said he believed the land should be protected with underground water a key for local agriculture.

“I would much rather this (land) be used as a helipad or a firebreak,” he said.

“When they first contacted me about drilling here, there was no mention that there could be danger to underground water, but apparently it seems that way.

“Despite the fact they are saying there are no coal seam gas (methane beds) under here, I don’t know.

“I’m not prepared to run the risk on any further activity on this property, because it could well affect the underground water in years to come, if not straight away.

Mr McLindin, who said he had been receiving a fee of about $3000 per year from Lakes Oil for the use of his property, said he had informed the company “a few weeks ago” that he no longer wanted his property used for mining activity.

As of Wednesday this week, the pipes had remained, however he said Lakes Oil had committed to moving them from the site.

“I told them, don’t send any more money but low and behold they did, they sent a cheque,” Mr McLindin said.

“I won’t be cashing it, I want them to have it (the money) back.

“I just think they should know to move the pipes off my place.

“I don’t want any part of it any longer.”

Mr McLindin said Lakes Oil had since co-operated with his request to move from his land.

“They are prepared to move away,” he said.

“They won’t be doing any drilling there; they were very co-operative to allay my concerns.”

CSG Wellington Awareness Group member Morgan Knoesen said it was a big step in the campaign to make the area gas field free.

“This is a very significant move from the farmers here asking Lakes Oil to start vacating properties,” he said.

“It is a big step in the campaign into making (the area) coal seam gas free with support from the farmers.”

The state government currently has in place a moratorium on fracture stimulation (or fracking).

“Lakes Oil does not intend to, and will not frack any rock units that are aquifers,” he said.

Lakes Oil’s petroleum exploration permits are regulated by the Victorian Petroleum Act, and not the Mining Act, which covers coal bed methane.