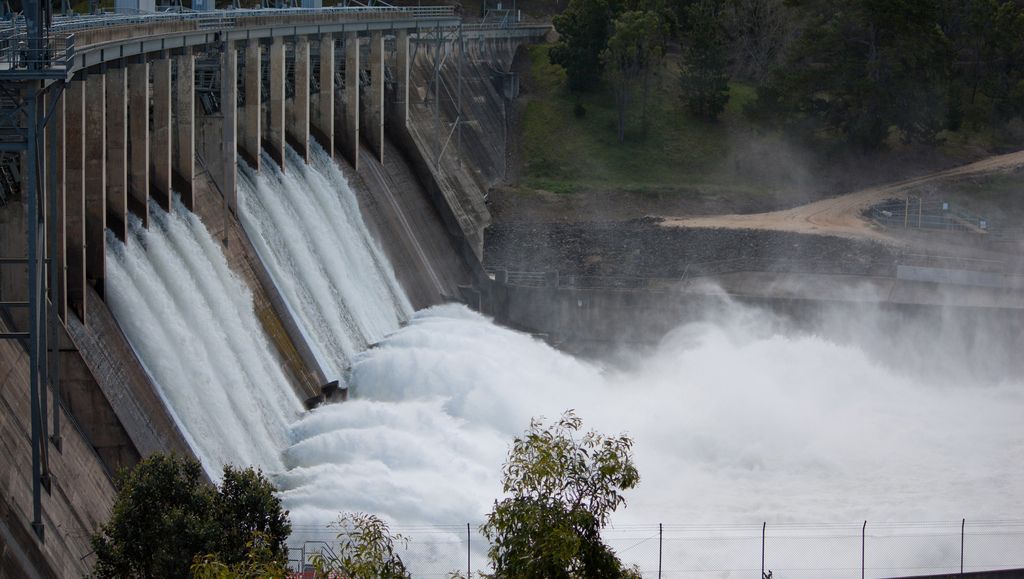 The Macalister River above Glenmaggie has gone above minor flood level twice in the past fortnight, but some storage capacity in the lake means Southern Rural Water has been able to keep flows downstream of the lake to below minor flood level.

SRW east water supply manager Terry Clapham emphasised Glenmaggie was a small storage on a large catchment, and its capacity to reduce downstream floods was limited.

“We have been letting out high flows for nearly two weeks now, and still the storage has jumped from 90 to 96 per cent,” he said.

“If the catchment gets more rain over the next week or so, it’s likely that releases will go above minor flood level.

Mr Clapham described managing Lake Glenmaggie at this time of the year as a careful balancing act between having the storage full at the start of the irrigation season, while maintaining some storage space in anticipation of more rain.

He said during floods, SRW did not issue warnings, but stayed in constant contact with other agencies such as the Bureau of Meteorology and State Emergency Service.

“The bureau issues flood warnings in consultation with local authorities, including Southern Rural Water. When these are issued, the community can seek further information and advice from the SES website at www.ses.vic.gov.au,” he said.

“We also want to remind landowners that it’s not only the releases from Glenmaggie that contribute to downstream flows — there are other tributaries and local rainfall that can also increase flows.”

Mr Clapham said as a courtesy to the community, SRW posted updates on its website, www.srw.com.au, any time releases out of Glenmaggie went above 3500 megalitres per day.

“Some parts of the downstream community have also organised themselves into flood alert groups with phone trees,” he said.

“We also let the leaders of these groups know when releases climb above 3500 megalitres per day.”