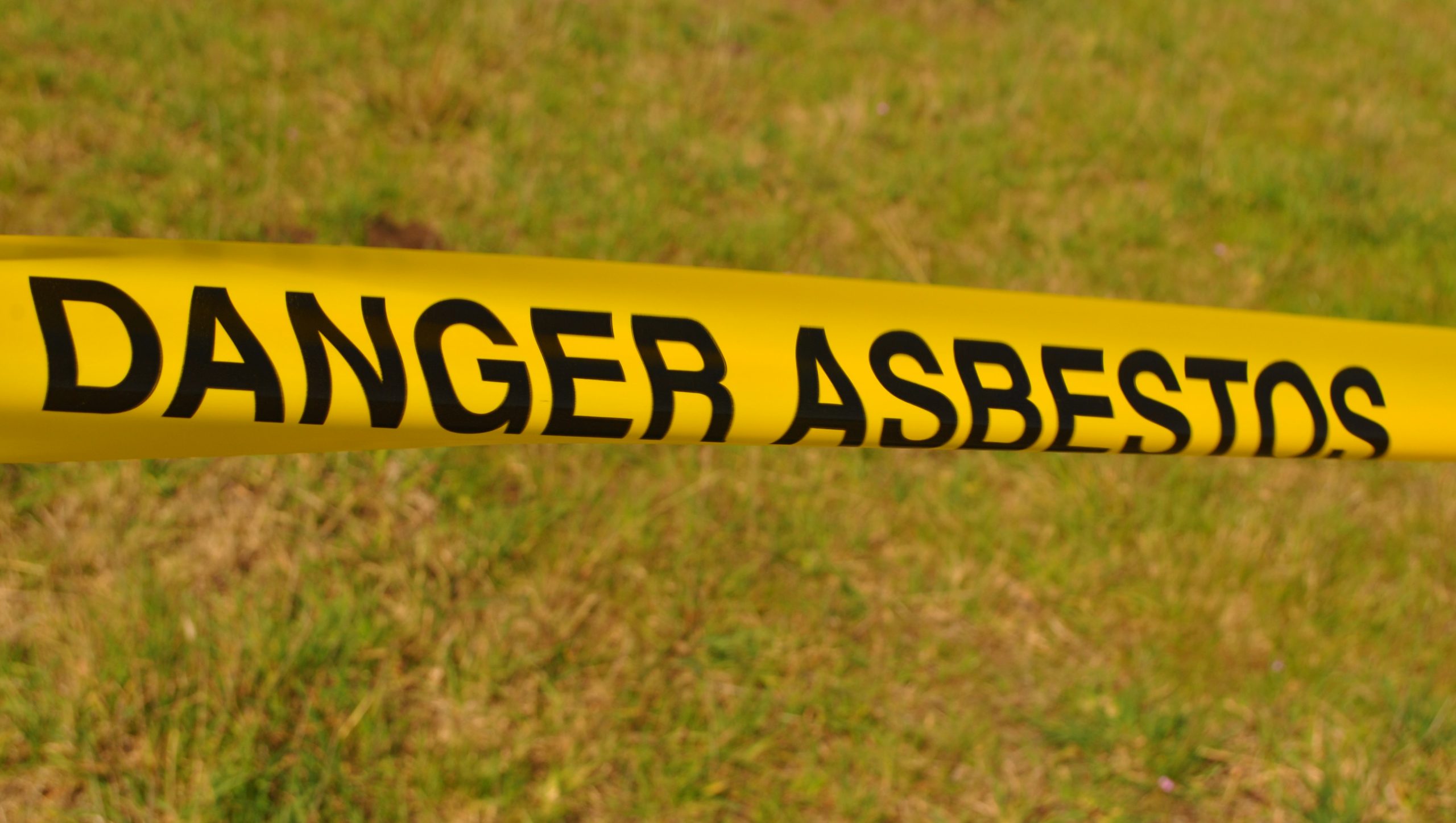 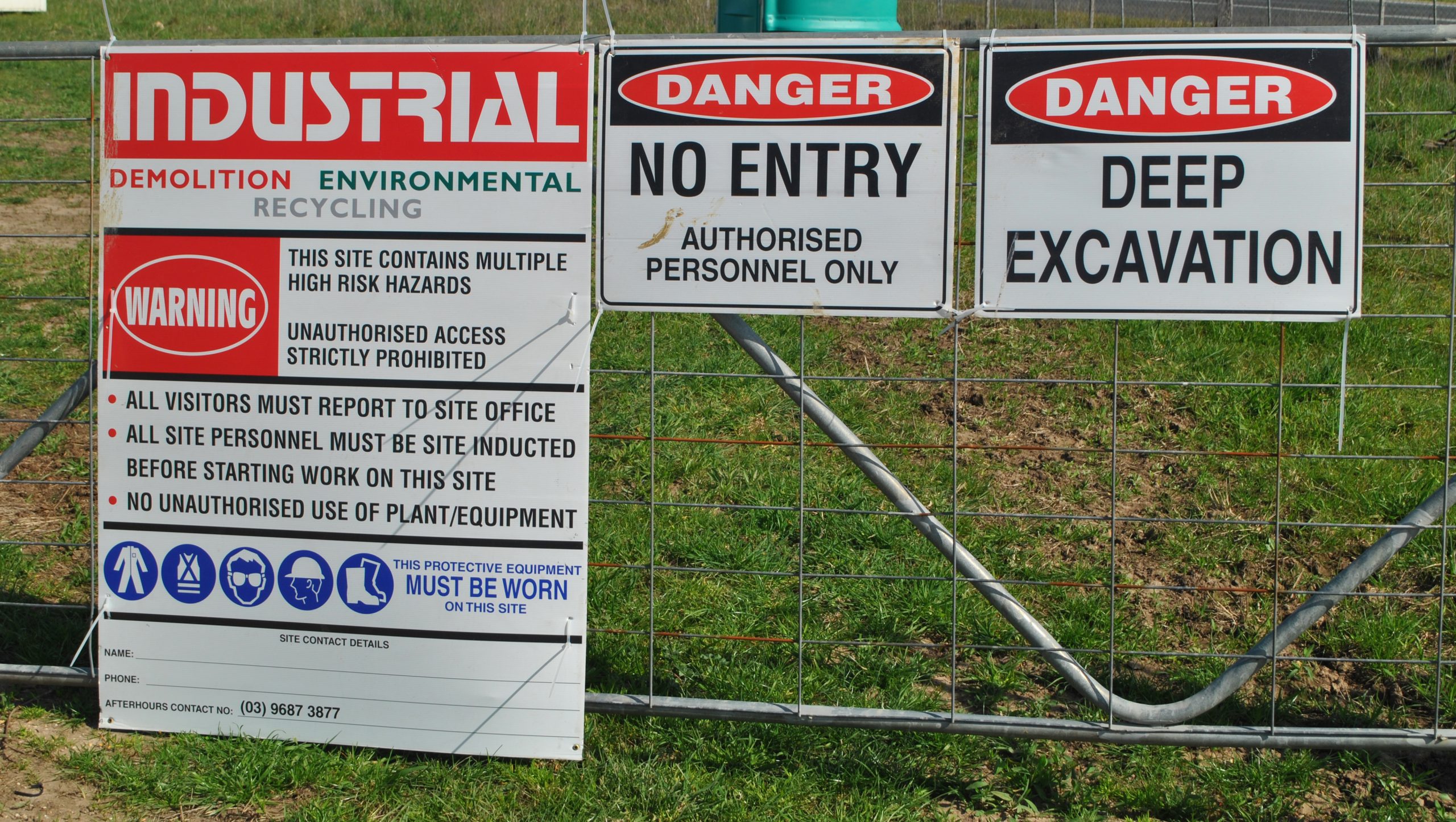 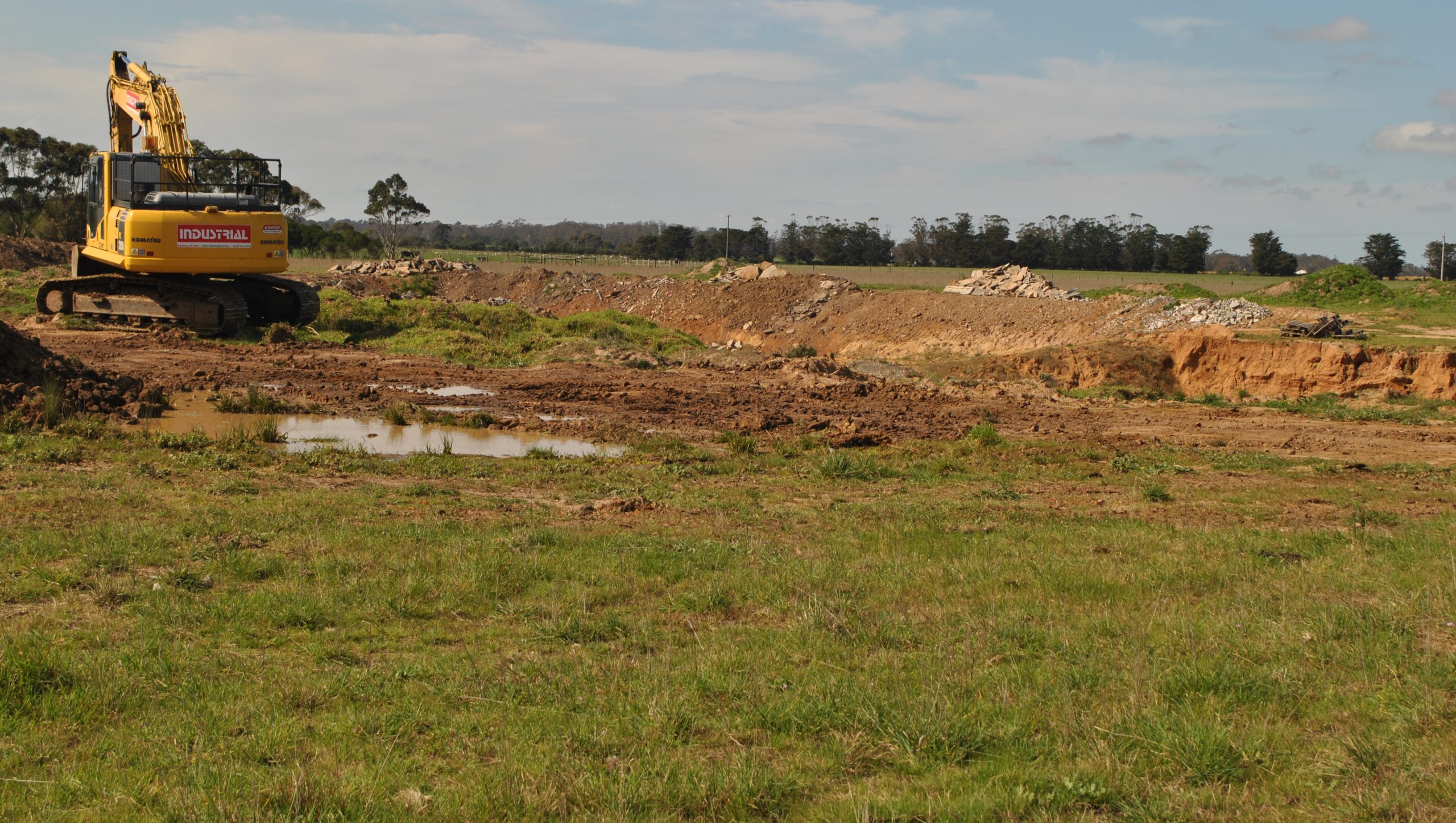 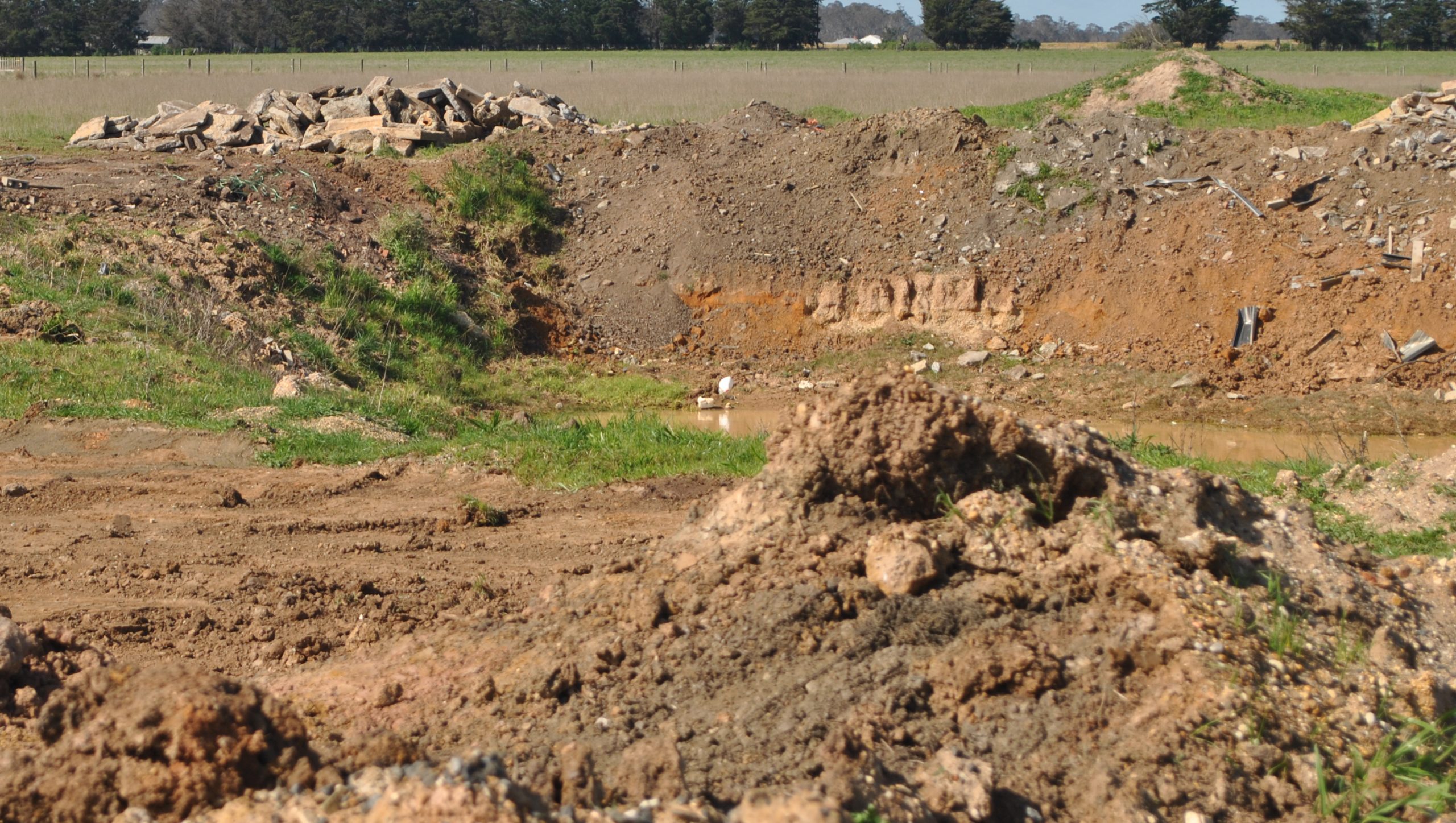 A HUGE clean-up is under way in Fulham after asbestos and other building waste was reported dumped in a paddock which has associations with the failed Macalister Constructions company.

The land, on the Sale-Heyfield Rd was reportedly seized by a financial institution which had been planning to auction the property in May.

The auction has been postponed while the massive clean-up takes place.

A spokesperson for the Environment Protection Authority said the EPA had investigated a community report of dumping at this site in April last year and issued a clean-up notice to Macalister Property to remove the waste and cease depositing waste at the site.

“At this stage it wasn’t known that there was asbestos on site as some of it was buried,” the spokesperson said.

“The EPA considered enforcement action, but the company went into receivership and a financial institution took over the site.”

The spokesperson said the financial institution had co-ordinated the clean-up of the site and a clean-up plan was prepared by Hazcon, a specialist health, safety and environmental consultancy company.

“The clean-up is currently occurring on-site by a class A asbestos removalist preparing the property to be resold,” the spokesperson said.

The EPA pointed out the illegal dumping of contaminated fill material, tyres, manufacturing, and construction and demolition waste was an indictable offence, and could attract a maximum court penalty of $610,700 or seven years imprisonment for an individual, and more than $1.2 million for a corporation.

Macalister Constructions was placed into administration in January this year following many months of rumours and speculation in the community.

Businesses across the state have been affected by the fall of the company, which owes up to $18 million to the National Australia Bank and to hundreds of unsecured creditors.

A large number of known unsecured creditors extends beyond Gippsland, with businesses in Melbourne, Geelong and Ballarat also affected.

In June local contractors took another hit in the saga, with administrators SV Partners asking for creditors to repay money secured in the six months in the lead-up to the Macalister Constructions liquidation in January.

A court order to wind up Macalister Property and appoint a liquidator was made in June this year.