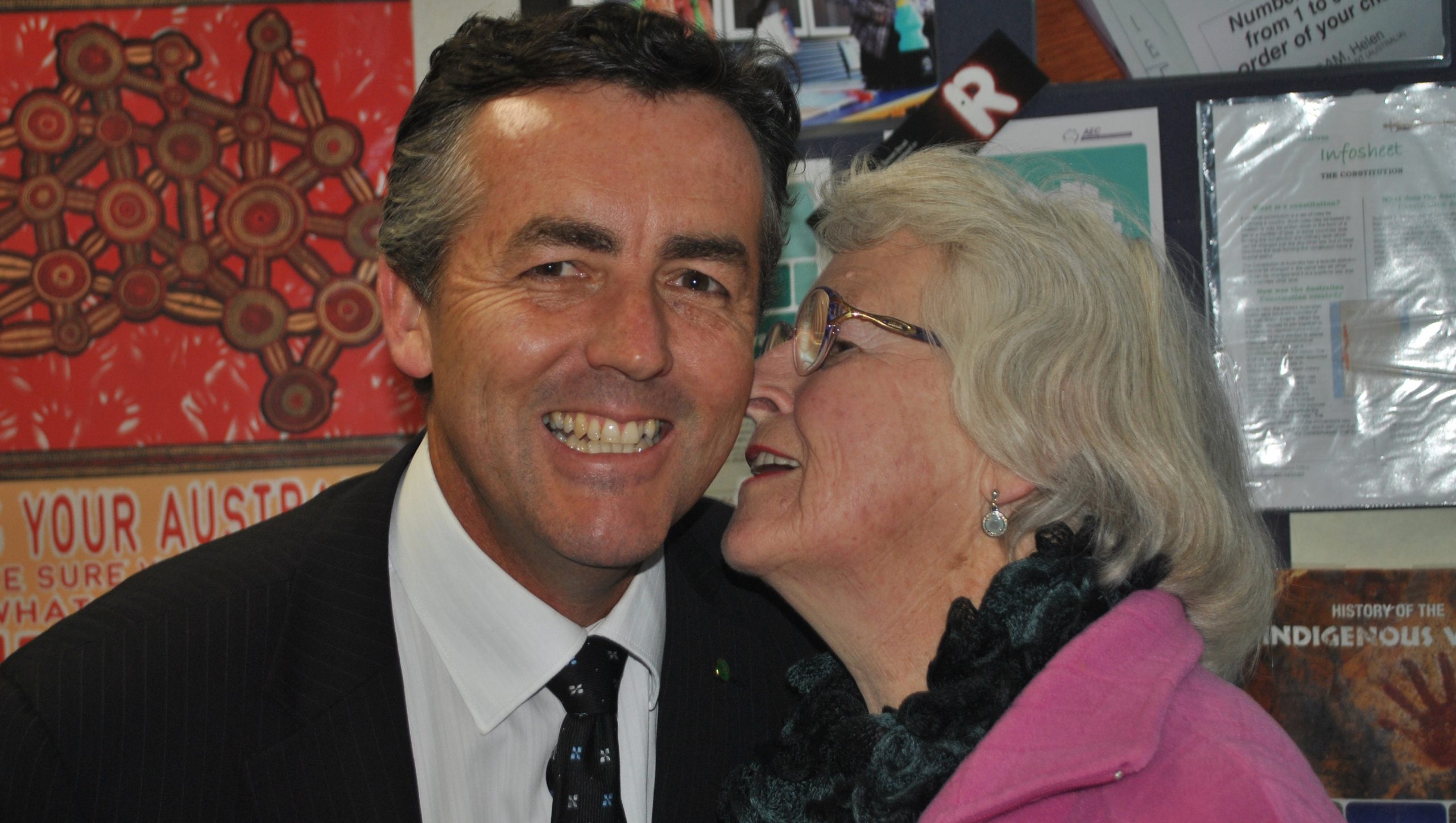 GIPPSLAND has followed the national trend to the Coalition parties, returning incumbent MHR Darren Chester with 42,782 votes, giving him an absolute majority of 54.55 per cent of the primary vote, an increase of 1.55 per cent over the 2010 election.

Mr Chester enjoyed a 4.8 per cent swing to the Nationals in the two party preferred vote.

The Labor candidate Jeff McNeill recorded only 18,108 votes, a drop of 8.48 per cent from Labor’s 2010 showing, with the Gippsland electorate posting a greater swing away from Labor than the national average of 4.14 per cent.

Palmer United Party candidate Deborah Faye Gravenall was the next most supported candidate, recording 3478 first preference votes, fewer than the informal vote of 4073, or 4.94 per cent of the vote.

The voter turnout in Gippsland was 82.9 per cent well above the national turnout of only 71.86 per cent of registered voters.

Mr Chester said he was humbled and thankful for the overwhelming result.

“The collapse in the Labor-Greens vote is a sign that Gippslanders want a local representative who will fight for our jobs in traditional industries and also work hard to support emerging economic opportunities,” he said.

“We ran a positive campaign with a strong team of grassroots supporters who deserve much of the credit for the increased vote in almost every booth across Gippsland.

“Saturday’s election result was an indication that Gippslanders are disappointed with the infighting and bitter divisions which have typified the Rudd-Gillard governments.”

Mr Chester said with some vital decisions to be made during the next 12 months on the expansion of the East Sale RAAF base and the Princes Highway duplication, he would be representing Gippsland’s interests strongly in the new government.

“The key challenges remain the same: we need to increase job opportunities in the Wellington Shire by building on our strengths in agriculture, defence, oil and gas industry and the small business and tourism sectors,” he said.

“The new government also has to support investment in infrastructure across regional Australia along with improving key services like health, education and disabilities.”

Mr Chester said he welcomed the new Abbott-Truss government. He said the Nationals’ recognised they had a critical role to play in making sure the needs of rural and regional Australia were at the centre of policy making.

“There’s no time for a rest after the election work begins today on repaying the trust of voters and delivering a better government for all Australians,” he said.

“Across Australia The Nationals enjoyed its best results in decades and we are in a good position to deliver important policy initiatives for regional areas during the next term of government.

“The new Coalition government has an enormous challenge to restore stability and certainty in government and give farmers and all sectors of the business community the confidence to invest and build greater prosperity.”

In a surprising development Mr Chester may not be the only local heading to Canberra.

In the battle for Senate seats in Victoria, Denison resident Ricky Muir looks set to win the final seat.

He won 0.53 per cent of the vote but with a swag of preferences from the multitude of micro and single issue parties on the Senate ballot he appears set to unseat Liberal senator Helen Kroger, who had 10.52 per cent.

Labor and Liberals secured two senators each, the Greens one and with the vote still continuing Mr Muir may take the sixth seat.

A collection of minor parties will control Australia’s new Senate when they take office next July, judging from provisional figures.

As the numbers stood when going to press eight minor party senators from separate groups, some of them virtually unknown, with no track record and no known policies, will be given the power to decide whether or not each government bill should be passed.