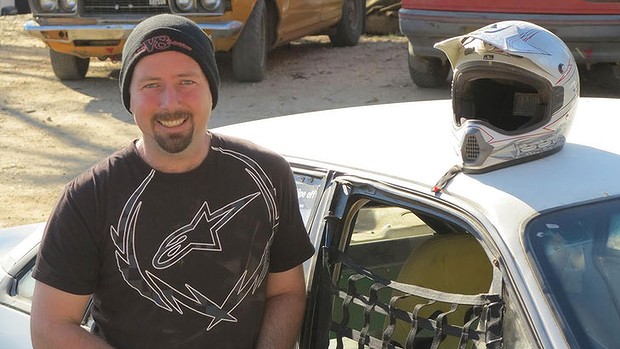 DENISON’S Ricky Muir is favoured to secure a seat in the Senate, despite having secured just 1200 votes.

Representing the Australian Motoring Enthusiasts Party, a swag of preferences could give the unemployed father of five a spot in the Senate.

Mr Muir, who lives on Swamp Rd and gained notoriety after a YouTube video was widely distributed which showed him flinging kangaroo poo at his mates, also admits he does not have a suit.

“Ahhh, I’ve got some nice clothing, but I have not got a suit yet, but I will get one,” he told the ABC.

Mr Muir recently lost his job at a sawmill, and said he was seeking work, saying he had been surviving on his savings and had not claimed any social security benefits.

But he told the ABC he was not going into politics for the money.

Asked about the Coalition’s plan to axe the carbon tax, Mr Muir said his personal opinion was “if there’s a better way to do things, we certainly need to look at that”.

“So, carbon pollution, if there’s a way to reduce it, why not?” he asked.

And on whether he favoured direct action on climate change or an emissions trading scheme, he said if elected “we’ll speak about that further”.

A keen four wheel driver, Mr Muir told the ABC the four-wheel drive community was often frowned upon because of the actions of a minority, when the majority did the right thing.

He said his party wanted to educate people to do the right thing and educate the public that the majority of four-wheel-drive enthusiasts cared for the environment.

“We want to bring balance to the Senate,” Mr Muir said.

When asked about other policies, he said his party would look at each piece of legislation on its merits.

“If we get elected, when legislation gets put in front of us at the Senate, we would then look at … all the evidence that is put forward with that legislation and try to make a balanced decision which reflects on, hopefully, the everyday Australian,” he said.

The Gippsland Times phoned the Australian Motoring Enthusiasts Party hoping to arrange an interview with Mr Muir, but the party declined to comment until it had secured the seat.

If successful, Mr Muir will join the Senate in June next year.