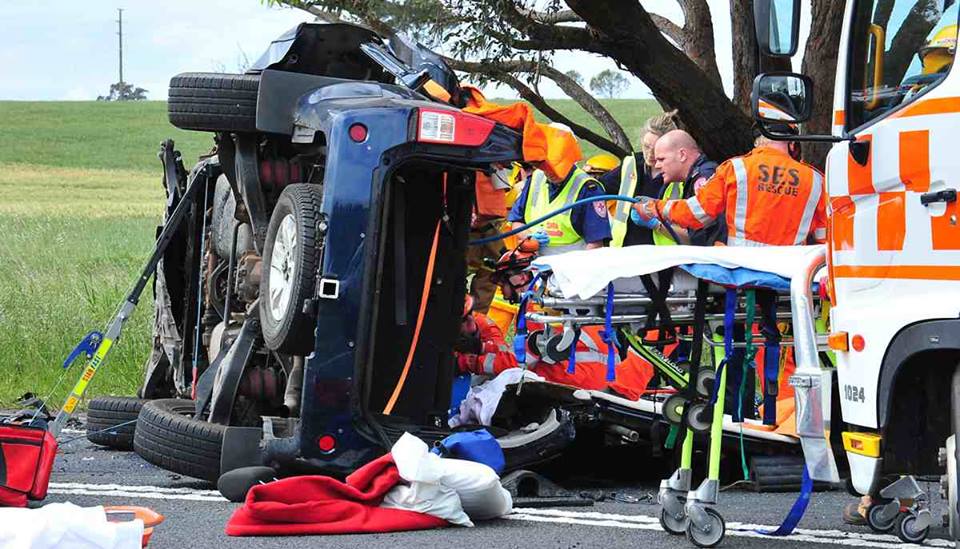 THE Princes Highway was re-opened at 6pm on Thursday night between Minniedale Rd and Rosedale following the head-on collision of two cars at Flynn.

According to police, three people were trapped in the two cars, which collided earlier shortly before 9.30am Thursday morning.

Investigators have been told a white Mazda van was travelling east along the Princes Highway near Flynns Creek Rd about 9.30am.

It is believed the van collided head on with a blue Nissan Pathfinder travelling in the opposite direction.

Emergency services worked hard to free the victims, who survived the crash.

Two people have been flown to the Alfred Hospital in Melbourne after being freed.

Emergency crews spent much of the morning attempting to free the 26-year-old male passenger of the van from Sydenham.

He was airlift to Melbourne in a critical condition with leg, pelvic, spinal and chest injuries. His condition has since been downgraded to serious but stable.

The driver of the Nissan, a 65-year-old Sale woman, has been airlifted to The Alfred hospital in a serious condition with leg, pelvic and possible spinal injuries. Her condition has been downgraded to stable.

The driver of the van, a 21-year-old Sunbury man, has been taken to Latrobe Regional Hospital for observation in a stable condition with leg and chest injuries.

Detectives from the Major Collision Investigation Unit are currently on scene.

Police are appealing for witnesses following a collision in Flynn this morning.

Anyone who may have witnessed the collision is urged to phone Crime Stoppers on 1800 333 000 or visit www.crimestoppers.com.au