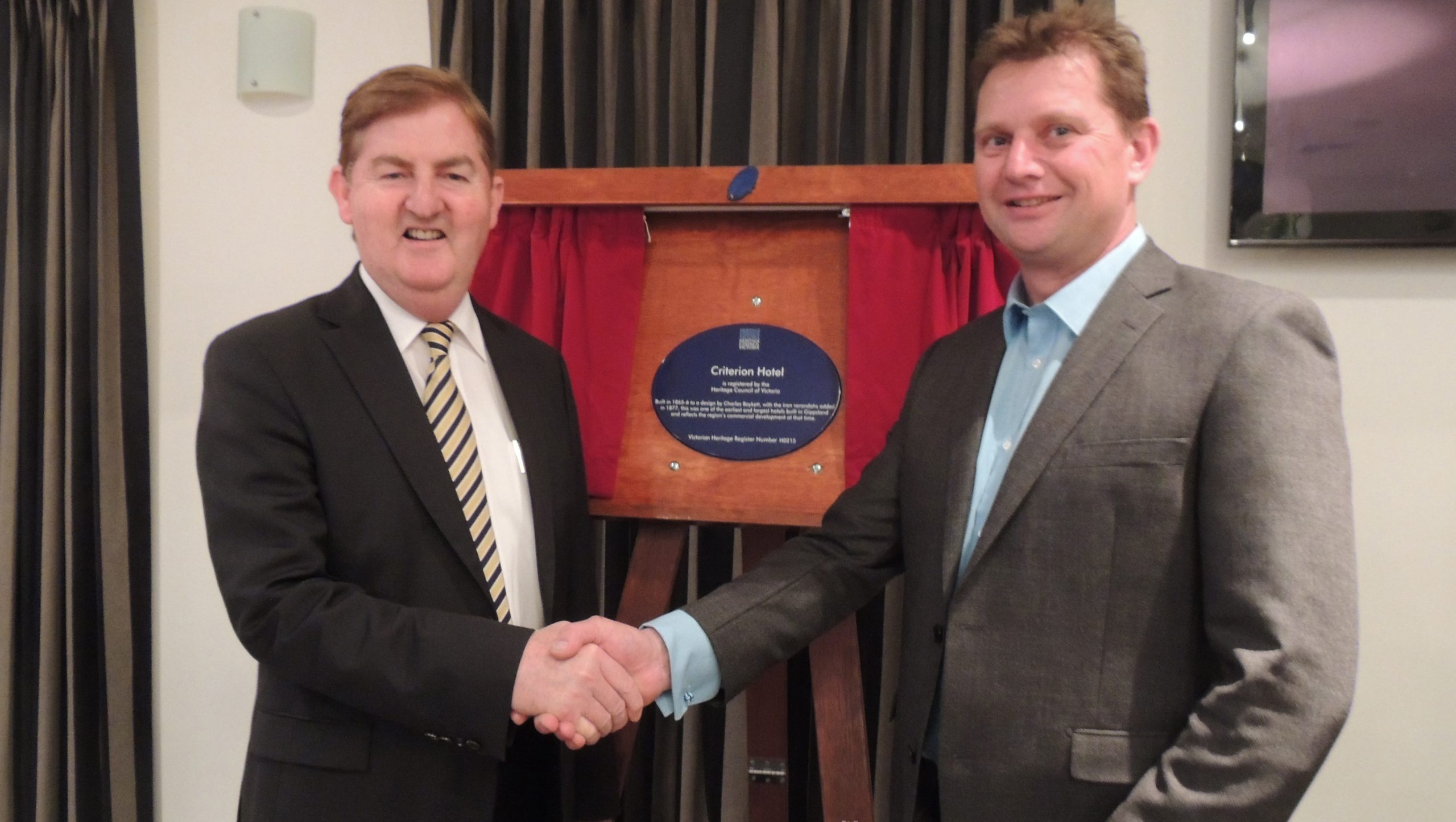 SALE’S iconic Criterion Hotel has re-opened for business with an 80-seat bistro and function room that can accommodate more than 200 people.

Deputy Premier and Gippsland South MLA Peter Ryan said the Criterion Hotel in Sale was of architectural and aesthetic significance as one of the largest, intact, 19th century hotels in Victoria.

Officially opening the refurbished Criterion, Mr Ryan said at the time of the Criterion’s establishment in 1865, the town of Sale was the regional centre for Gippsland, its civic and commercial development was stimulated by the gold rushes in the Gippsland mountains.

The Criterion was renovated and extended in 1877 before the railway reached Sale from Melbourne in 1878.

“By 1897, the 43-roomed Criterion Hotel was described as providing commercial travellers with one of the largest commercial rooms to be found in any Gippsland hotel,” Mr Ryan said.

The Minster family bought the Criterion in 2006 and have since completely refurbished the building in consultation with Heritage Victoria.

Hotel general manager Andrew McDonald said the prominently located hotel was an important Sale landmark that would once again offer locals and travellers a place to gather.

“After previously leasing the hotel, my family and I are looking forward to operating the venue ourselves and we envisage a bright future for the hotel,” he said.

The staff of 25 includes head chef Paul Sanders, who will be assisted by six cooks and apprentices.