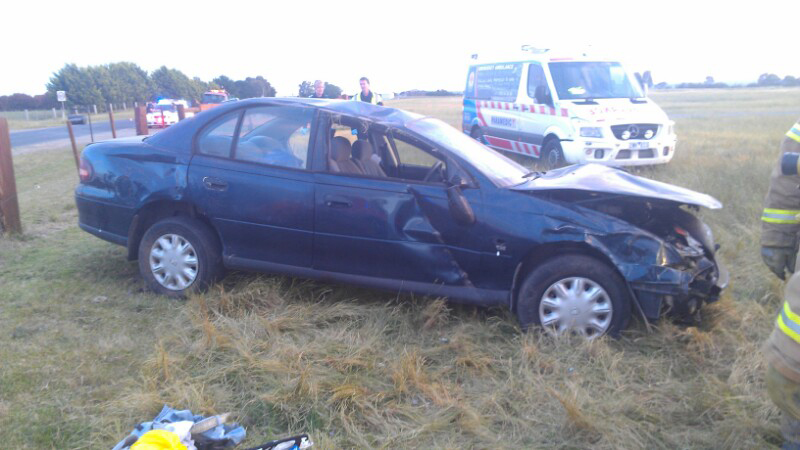 A 45-YEAR-old Sale woman was airlifted to the Alfred Hospital with internal injuries and a possible fractured pelvis following a crash on the Heyfield-Sale Rd at Fulham 6.45pm on Saturday.

Sale and Stratford SES, Sale CFA, police and ambulance crews were called to scene on reports the woman had been thrown from and pinned under the car.

With the help of hydraulic spreading equipment, Sale SES lifted the car, allowing paramedics to remove the woman from under the car and place her on a spine board to be transported to hospital.

Police are still investigating the cause of the incident, following witness reports the female driver was driving erratically in the lead-up to the accident.

Police have not yet been able to interview the woman because of her medical status.

A BAIRNSDALE man in his 30s has been charged with drink driving and driving while disqualified after he was caught overshooting the Myrtleband Rd, Sale-Maffra Rd intersection Friday night.

Breath tested by police at the scene, the man returned a positive reading. He will face court at a later date.