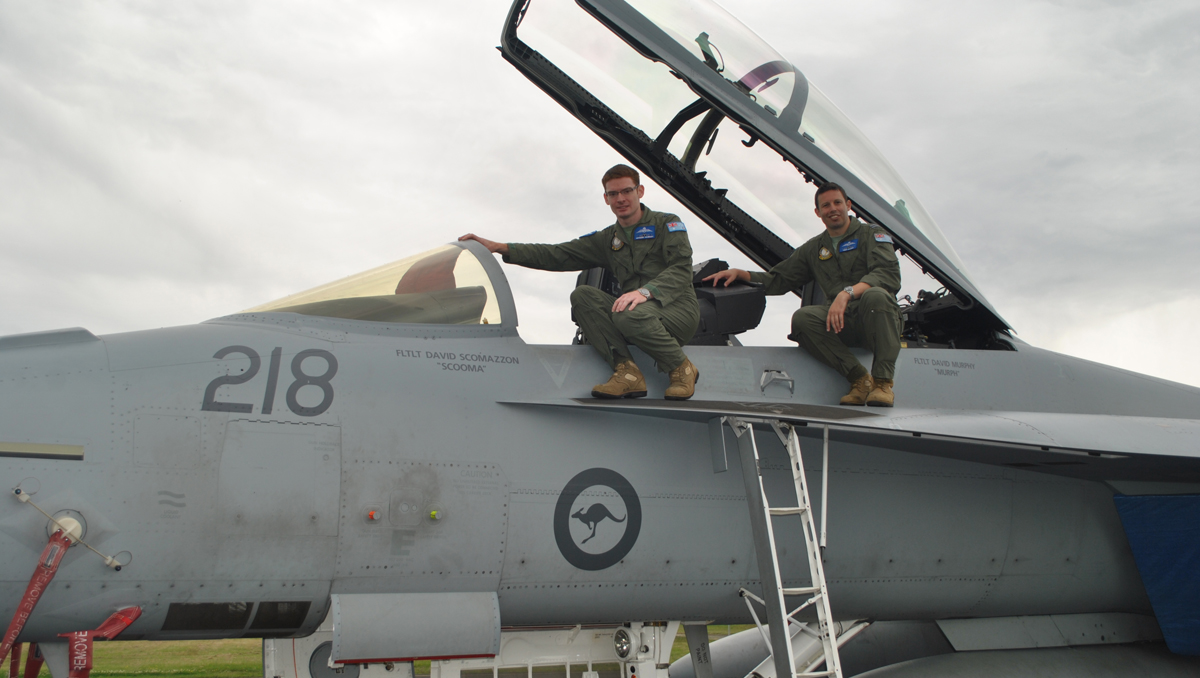 RUMBLING out of town just after noon on Friday, the two F/A-18F Super Hornets normally housed at RAAF Base, Amberley, in Queensland, made quite the impression.

Brought to Sale to help train students at the School of Air Warfare and the Officer Training School at East Sale RAAF Base, the Super Hornets are among 24 belonging to the Australian Air Force.

Manufactured in the United States, the final fleet of five F model Super Hornets were flown to Australia in October, 2011.

Among the crew bringing them to their new home was Amberley RAAF No. 6 Squadron Flight Lieutenant ( name suppressed), a Super Hornet weapons systems officer.

“We ferried (the jets) from California to Hawaii to Guam and then to Brisbane,” the Flight Lieutenant said.

“It took us six days and a lot of air-to-air refuelling, but it was a really good experience,” he added, describing it as like picking up a new car.

“It had that new car smell,” he cooed.

“Visually its actually 30 per cent larger than the Classic Hornet,” he said.

Amberley RAAF No. 6 Squadron Flight Lieutenant and Super Hornet pilot (name suppressed) said the team was in Sale to dispel a lot of misconceptions about the job.

“The students have had their eyes opened to the role and the type of people that work with fast jets,” he said.

The Flight Lieutenant said piloting the jets was a lot of hard work and involved a lot of study.

“A lot of the training (for air force personnel) is done here at the Officer Training School and School of Aviation Warfare,” he said.

“Some of those guys will end up operating with or end up flying these aircraft (in the long run),” he added, adding there were few opportunities for Sale students to see the jets.

According to No. 6 Squadron Commanding Officer, Wing Commander Robert Denney, visits like these motivated students at training schools to continue their studies.

“They also provide a better understanding of the fast jet capabilities that they are learning about,” he added.

A highly specialised field, there are only about 40 Super Hornet pilots and backseat staff working in Australia.