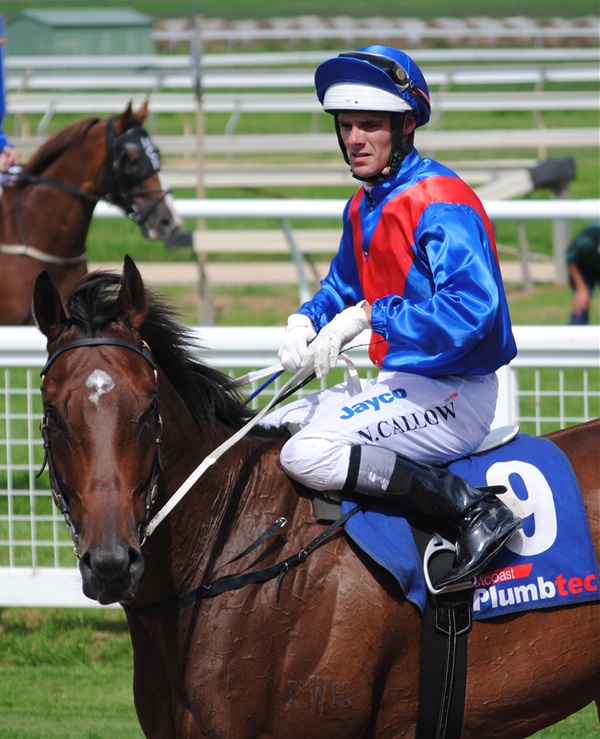 JOCKEY Noel Callow extended his lead in the Sale jockeys’ premiership with a winning double at Greenwattle on Wednesday.

Heading into the meet with a slender lead over Craig Newitt on the premiership table, Callow was on the board early, winning race two, the fillies and mares maiden, on New Zealand-bred three-year-old filly Hollywood, trained at Flemington by Danny O’Brien.

Callow completed his double on impressive first starter Mason County, trained at Caulfield by Mick Price. I am certain we will hear a lot more about this promising three-year-old gelding.

Sale is getting a reputation for attracting city fields in the big events and the field for race seven, the Sale Probus Club Showcase 0-62 handicap over 1736 metres, looked all class.

In the field of 16 there were five last start winners and three others who had been place in their previous start in quality fields at Geelong, Ballarat and the city.

Spurring Success, trained at Cranbourne by Robbie Griffiths and ridden by Ryan Maloney, won from last start Ballarat winner Polish Knight, ridden by Dwayne Dunn, with Whitbread Lass, who has been racing in the city, third with Ben Melham in the saddle.

It was another outstanding day’s racing, the next meeting at Greenwattle will be held on Sunday, April 1, followed by Sunday, April 29.