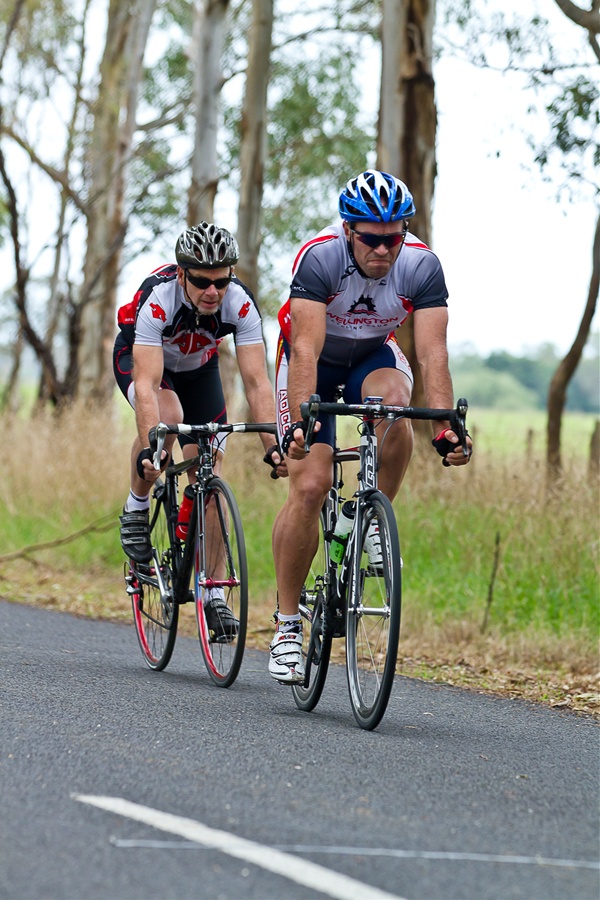 NOT a breath of wind set the tone for a fast and tactical day of racing at Newry where Wellington Cycling Club held its criterium championships on Sunday.

Champions were to be announced in each of three grades with results were dependant on points gained during the race and not just on the final sprint.

The A graders were first to start and short priced favourites Dave Arnup and Mick O’Connor lined up among the serious group of riders all looking for a championship win.

It was immediately evident in the first sprint Craig Keane was going to be a tough one to beat, but O’Connor looked to have his measure coming in for a close second.

Directly after the second sprint an attack by Shane Dove, split the bunch leaving a trail of riders all still recovering from the sprint. Dove was unable to hold off the entire group as Ben Dowsett, Mike Renehan, Chris Ray and Keane managed to bridge the gap.

Arnup was the last to join this elite group of riders in what was now the race winning bunch.

With several key sprinters out of the mix, Keane was able to gain enough points during the intermediate sprints and line honours to win the event just ahead of Renehan and Dove.

The B grade field was anybody’s race with new rider Adam Palmer, yet to demonstrate his true capabilities on the road against the likes of in-form rider Allan Rankin and Rohan Cook who is returning to racing this season.

Phil Brown showed himself to be a real threat taking out the first sprint, but as the race continued it was Rankin proving too strong, winning the race over Palmer and Maffra rider Paul Dashwood.

Tactics certainly backfired on Grant Smith in C grade on Sunday. As the race progressed an attack from Gary Cotterill left a huge gap in the bunch and Smith was sure that somebody else would bridge the gap saving valuable energy.

This week the club will hold a race from Stratford to Dargo and for the A graders continuing up past Dargo for a brutal 15 kilometress. This is an excellent opportunity for club riders from all over Gippsland to test themselves on the climbs that many elite riders tackle in November every year.