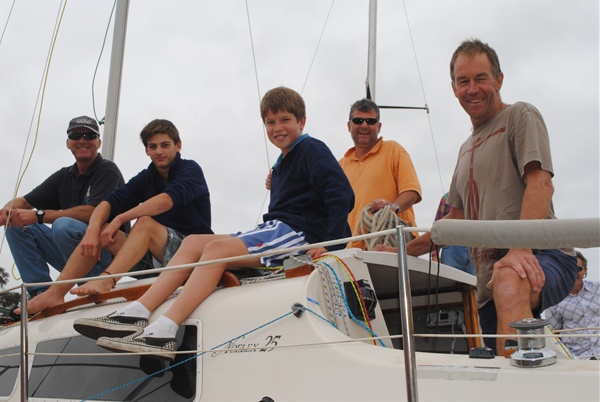 One hundred and twenty-six craft set off from Marlay Point with five to eight knot winds taking the fleet across Lake Wellington before a flood current in McLennan Strait kept the boats moving as the wind dropped.

Frustrating competitors, there were many points across Lake Victoria which slowed them down heading towards Paynesville, but a breeze around noon helped all but one of the finishing boats make it to the finish within the limit.

Eighteen boats which began the race did not make it to the finish, with only three disqualifications.

Zanzibar reached Paynesville in 8:45 hours, but came second on handicap behind Andrew Burke’s Why Not. Swallow, for Trevor Burke, was third on handicap.