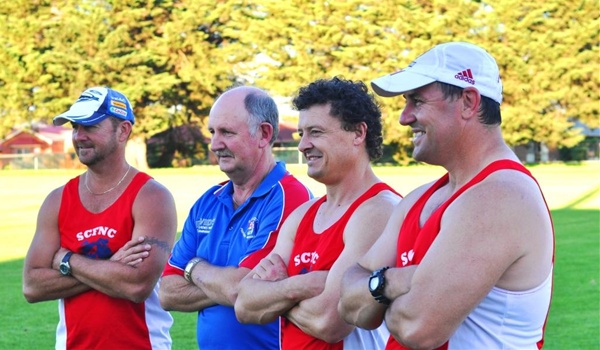 AFTER successfully defending its 2010 North Gippsland senior football premiership last season, Sale City Football-Netball Club has all football and netball sides back on the training track in preparation for the 2012 season.

New committee members were elected at the club’s annual meeting in November, with Dr David Monash declining a nomination to continue as president after six years at the helm.

Replacing Dr Monash as president is Gary Fox, who recently retired from umpiring after 485 games to take on the top job at the Bulldogs.

The annual meeting also accepted the nomination of Andrew Miller and Mathew Fleming as life members of the club.

Miller was recognised for this commitment to the development of young players, which was clearly demonstrated last season when 16 players he previously coached in the under 18s played senior football, including nine members of the Bulldogs’ 2011 premiership team.

Fleming has been integral in many premierships at many levels as a player and coach over the past 20 years.

With the new committee in place, the priority was put on the appointment of coaches with dual premiership coach Nick Hider re-appointed senior coach, Brad Grainger reserves coach and Miller for his eighth consecutive season as thirds coach. A new addition to the coaching ranks is Jake Schuback, who has been appointed as assistant coach.

Dual premiership captain Beau Wilson remains at the club as do many of the senior premiership players from 2010 and 2011, with the exception of Justin McLay, who has returned to Sale.

“Numbers at training have been good so far, there are a few boys who are finishing off cricket season and then they’ll be on the track also. Our fitness at this stage is very good,” Hider said.

The Bulldogs’ netball teams are also well into training with coaches appointed to all grades. Kylie James will lead A grade and with team selection now complete, the players are setting themselves for the season start on April 14.

The Bulldogs will play Sale in a practice match tonight at Sale Oval with reserves from 6pm and the seniors frm 7.30pm. Netball gets underway at 6.30pm.