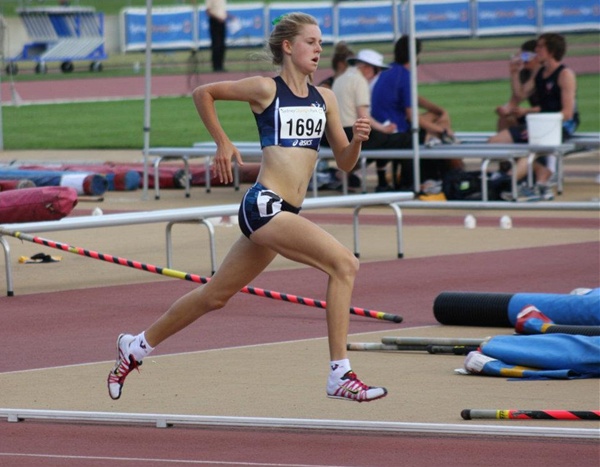 MIA Ross is the new national girls’ under 18 800 metre champion after competing at the Australian junior track and field titles in Sydney.

The 16-yearold from Longford progressed to the final after winning her heat and in the final she ran a perfect race to clinch the title after her first lap in 64 seconds. Mia surged away from the field to have a convincing win in a personal best time of 2:09.64 minutes ahead of her nearest rival Pip Trevella from New Zealand.

Fellow Wellington Athletic Club member Nikki Kube, 16 from Heyfield, produced some fine form, making it through to the final of the under 18 200m with a sound performance in her heat running a time of 25.67s and finishing eighth in her first national final.

Twelve-year-old Lachlan Craft from Longford was unlucky in the final of the 90m hurdles, clipping a hurdle and finishing eighth after a fine performance in his heat with a time of 14.15s. Lachlan was also a member of the Victorian under 14 4x100m relay team which collected silver.

Fifteen-year-old Sarah Gardiner of Cobains produced a personal best in the first round of the under 16 90m hurdles with a time of 13.99s. This completed a very good season for Sarah, who medalled at Victorian country and state championships.

Stephanie Bain, formerly of Sale, also produced personal best form in the heats of the under 17 400m with a time of 58.39s, a new Wellington club record. In the final, Stephanie finished sixth best Australian with a time 59.84s.