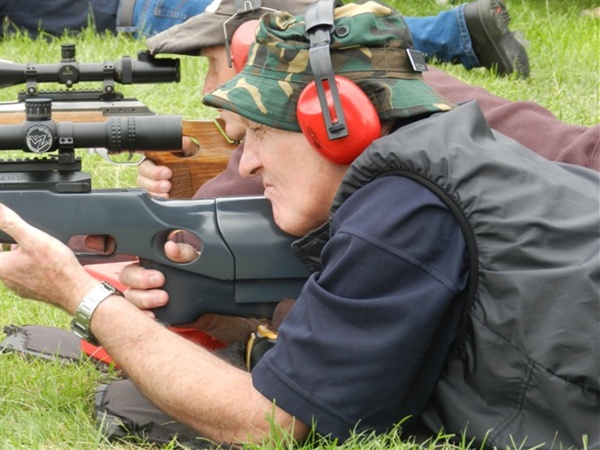 SHOOTERS from as far as South Australia descended on the Rosedale rifle range at the weekend for its 32nd annual open prize meeting on the weekend.

The A grade target rifle title was taken out by 1994 Commonwealth Games gold medallist Geoff Grenfell of Bendigo.

Alan Fraser finished pick of the local shooters, taking out the F open class ahead of Wodonga’s Paul Read, who recently shot an Australian record at Canberra. Fraser shot five rounds of possibles and finished with a round of 57 over the 1000 metres to take out the class with a score of 357.

Sale’s John Lister-Best took out the F standard class B grade, holding off Peter McDonald of Diamond Valley with a round of 52 over the 1000m, while Noel Osborn pushed Fitzroy-Caulfield’s John Eland all the way in A grade. Sale’s Ted Short and Bruce Houston finished third and fourth respectively.

Ian Gordon of the Warragul-Drouin club won the target rifle B grade, holding off Carol and Peter Hulett of Geelong. Richard McRae and Bill Astill finished fourth and fifth respectively, while Yarram’s Garry Kay was running fifth after Saturday but did not shoot on the Sunday.

Ross Jackson of Yarram finished fourth in the target rifle C grade to be best of the local shooters, with Brian McKenna of Moe taking out the class while Matt Terpkou of Geelong proved too good in the F/TR class.