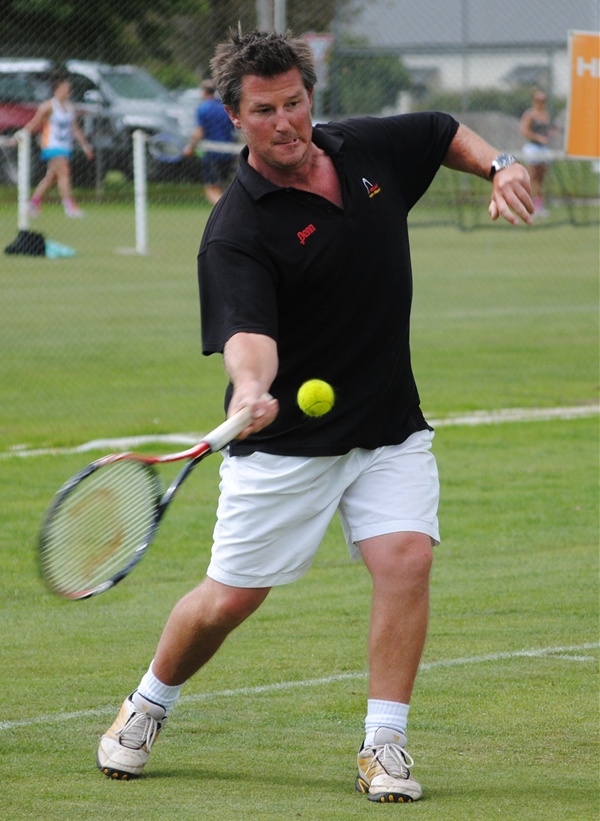 SALE Gold defeated Maffra Marlin in the Wellington Tennis Association section one senior grand final which went down to the final set.

Last week we had the cricket grand final thriller, this weekend all the action was on the grass courts at Maffra with two very evenly-matched teams meeting in what was predicted to be another thriller as Maffra Marlin had won both its clashes against Sale Gold this season by one game.

The prediction of a close contest was right as with one mixed doubles set to be played Marlin led Gold 45 games to 44. Nick Board and Paige Wilson won that final set 8-3 to get Gold over the line 52-48.

Gold got away to a flying start with Nick Board and Kennedy and then Paige Wilson and Kylie Board chalked up 8-2 wins to put the side up 16-4.

Maffra Marlin then began its fightback with Ingram and Shelley Allman winning 8-2.

In one of the best matches of the grand final, Booker and Carter led Gold’s Kennedy and Olson 6-2 before the Sale pair fought back. With the Maffra duo leading 8-7, the match still looked wide open but Booker and Carter steadied to take a high standard march 9-7.

When Roz and Shelley Allman took the final women’s doubles set 8-2, Sale Gold was just hanging on, leading 35-34 with only three mixed doubles sets to play.

Maffra’s number one mixed pair, Ingram and Mitch Allman, set up a six-game lead for their team with an 8-1 win.

After Kylie Board and Kennedy’s 8-3 win, Maffra Marlin’s lead was reduced to one game before Nick Board and Paige Wilson combined for a fighting 8-3 win to give Sale Gold a 52-53 win.

The grass courts at Maffra played extremely well despite the overnight rain with the matches played in the best of sporting spirit. Even late Saturday night, players from both teams were exchanging texts and Facebook messages.