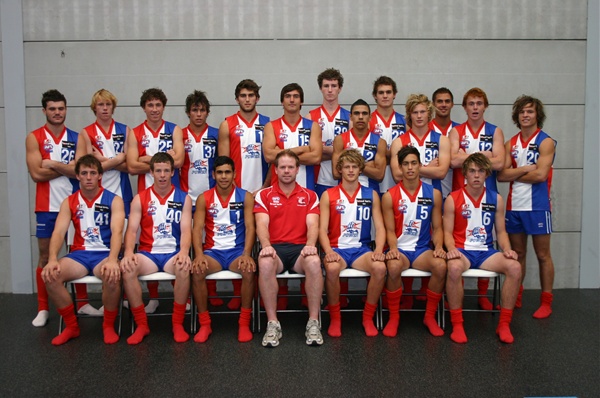 GIPPSLAND Power will host the Dandenong Southern Stingrays at Morwell on Saturday to begin its TAC Cup season.

The Power will be playing its first competitive match under new coach, former Port Adelaide and Carlton player Nick Stevens.

The team will this season return to its original jumper from 1992 of wide red, white and blue stripes, but with Power logo added to the front.

Part of the Power’s preparation for the season was a six-day camp at Mt Hotham.

Power players joined those from all 12 TAC Cup sides for the annual testing day in Melbourne, where clubs and AFL recruiters had the chance to measure team and individual pre-season performances with tests which will also be conducted at the end-of-year draft combine.

Ruckman Jack Leslie from Sale excelled in the sprint, while Anthony Tipungwuti blitzed the agility run and the measuring bar had to be raised higher so Tim Membrey’s vertical leap could be recorded.

In the beep test, where runners covered 20 metres between beeps, with the time span becoming shorter, Sale’s Shannen Lange and Daniel Jackson from Drouin were the final two runners in the beep test with Jackson making it to level 16.9.

Saturday’s match at the Morwell Recreation Reserve begins at 1pm.