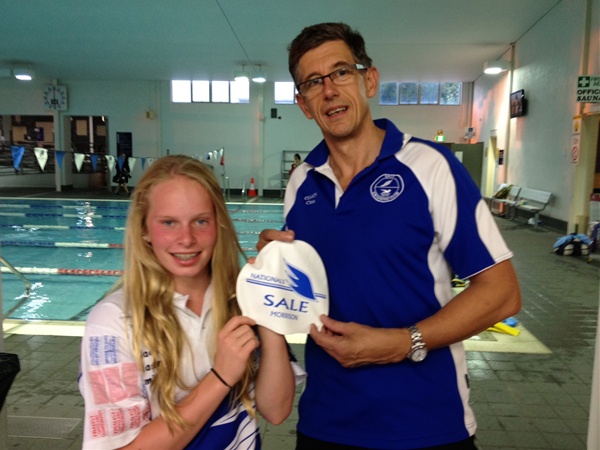 SALE Swimming Club member Emily Morrison will be competing in the Australian age championships in Brisbane this month after achieving a national qualifying time.

Emily achieved the time of 1.02.46 minutes, 0.34 of a second under the qualifying time for the 100 metres freestyle, at the Last Blast Meet in Melbourne on March 19, just 48 hours before entries closed for the national championships.

With this swim Emily also broke the out of Gippsland record for the 12-year-old girls.

The Morrison family left on Saturday to go to Brisbane. Emily’s mother Kristine said it was going to be a great experience for Emily and the family.

“The holidays planned for the family changed when Emily made the national time, now stops along the way will have to include a swimming pool so Emily can continue with her training,” she said.

Father Paul Morrison is a Sale Swimming Club coach and Emily’s principal coach, and has now also achieved the next level of coaching by training a national swimmer.

The season could not end more perfectly for the Sale Swimming Club with Emily representing Sale in Brisbane, it has been a very good season for Sale with outstanding results at all the major meets and being represented by so many members.