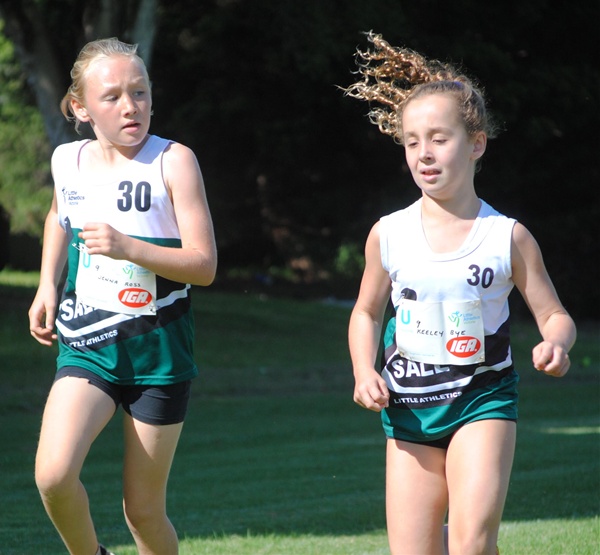 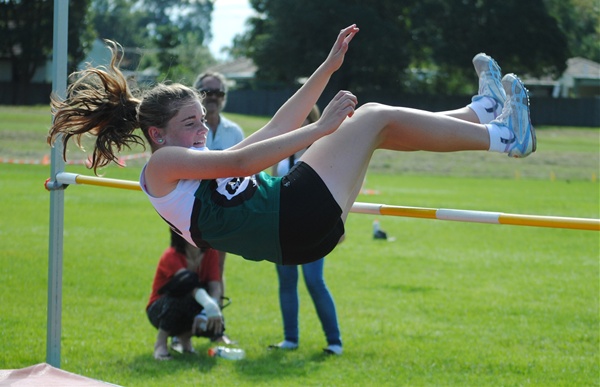 THE Sale and District Little Athletics Centre’s final meet of the 2011-12 track and field season, the centre championships on Saturday, was a great success with ideal weather and six new records set.

The morning began with two new records in the javelin event.

Sharna Warry, who has already broken her under 14 girls’ record several times, added 94 cenimetres to her previous mark, launching a 27.11 metre throw. Lauren Hepworth also broke her own under 16 girls’ record a couple of times before, this time adding 60cm to her last record, with a 14.58m throw.

Sharna also broke the under 14 girls’ triple jump record. It was the seventh time she broke this record, finally hop, skip and jumping 11m exactly, adding 16cm to her previous record, set two weeks prior.

Jenna Ross set the under nine girls’ shot put record for a second time. Last month Jenna added just 1cm to the previous 26-year-old record, this time she added another 15cm with a 7.6m put, which was 7cm further than her gold medal performance at the state championships.

Alyssa Waugh courageously ran a record-breaking performance in the under 11 girls’ 800m, covering the distance in 2:41.54 minutes, 0.46 seconds faster than the long-standing record by L. Jones set back during the 1985-86 season.