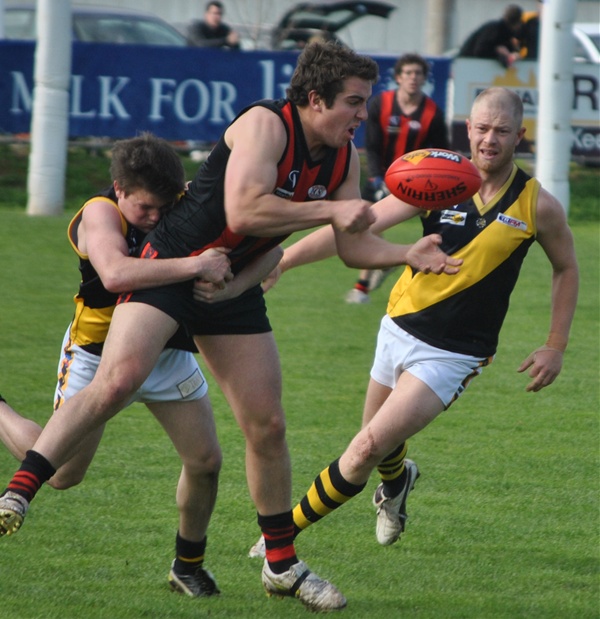 The match marks the beginning of Hayden Burgiel’s second spell as Maffra coach, and he should again have a good side at his disposal.

Both teams were hit hard by injuries last season, with the Eagles coping better to make the preliminary final.

There are question marks around the Tigers’ backline with key personal likely to miss with long term injuries. This could give the Eagles, with their potent forward line, an edge.

The Eagles have won their past five encounters against Morwell, but the Tigers were unlucky not to snap that run last year at Maffra when their final term fight back ended a point short.

SALE will begin 2012 with a Sunday outing at Bairnsdale.

With new coaches, Matt Ferguson for the Magpies and Alistair Ford the Redlegs, both teams will be expecting better things this year.

Sale went on to finish third in 2011 after the home and away matches, only to be knocked out in straight sets in the finals after being riddled with injury.

The Redlegs were in contention to make the finals for much of the season, but couldn’t find wins when they needed to most. The Redlegs will be looking to take the next step this season, with Sunday’s match a prime opportunity to prove if they can be a contender.

While Bairnsdale was not in this league for 12 seasons, Sale has won its past nine matches against the Redlegs, whose last win at home against the Magpies came in 1995.

The last time the Magpies headed east the Magpies won by 108 points during their brilliant start to the season. That loss began a poor run of form which hindered the Redlegs’ finals hopes.

IN other matches, Traralgon will begin its premiership defence at Warragul against the 2011 wooden spooner, two teams who have been hit hard by off-season departures will meet when Moe hosts grand finalist Drouin, and the season’s first local derby will be tomorrow night at Leongatha with Wonthaggi paying a visit.