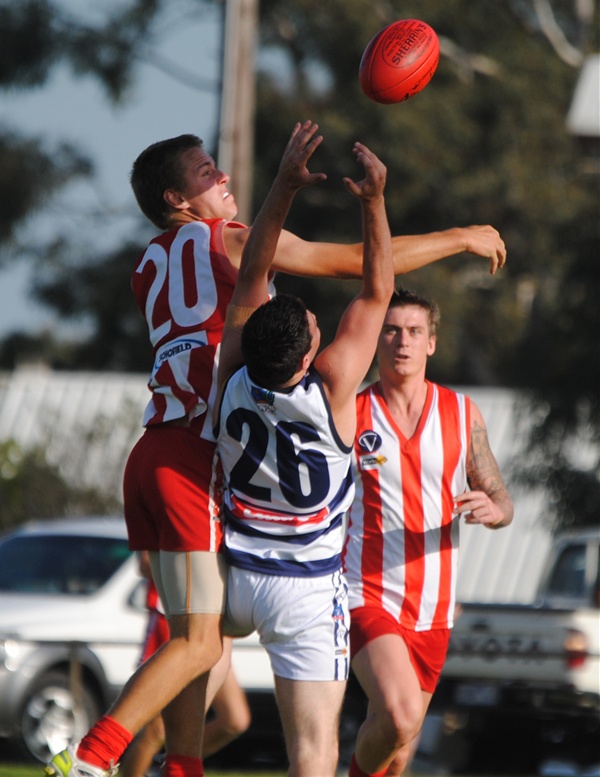 STRATFORD was not disgraced in its opening match of East Gippsland football, pushing last year’s grand finalists Lindenow all the way on Saturday.

Stratford set up many of its attacks from half back through Gavin Bickery and Rowan Marsden, while Luke and Jarryd Clohesy were working hard to win clearances around the ground.

The Swans extended the lead to five points at the final change, kicking the only goal of a torrid third term. Daniel Cox, Kobi Cook, Paul Collier and Mathew Dick were all prominent for Lindenow, but the visitors failed to take advantage on the scoreboard, booting five behinds for the quarter.

Stratford could only manage one goal in the final term as the Cats began to find their range. Rodney Harrison and Matt Busch provided good targets in attack while Cats’ new recruit Kaine Bulmer also hit the scoreboard.

Tye Morrison, Bickery and the Clohesy brothers continued to keep the home side in the contest with Stratford pushing Lindenow all the way, with the Swans coming away with a respectable 17 point loss to last year’s grand finalists.

Wy Yung kicked away after half-time, with the Tigers booting 11 goals to three to set up its 72-point win after a narrow half time lead. The Tigers took a six-goal lead into the last change, but could have put the Magpies away in the third term, booting 10 behinds to go with its four goals.

PAYNESVILLE led Orbost-Snowy Rovers at every change in a tight contest with the Gulls gradually increasing their lead across the four quarters to run out 26 point winners.